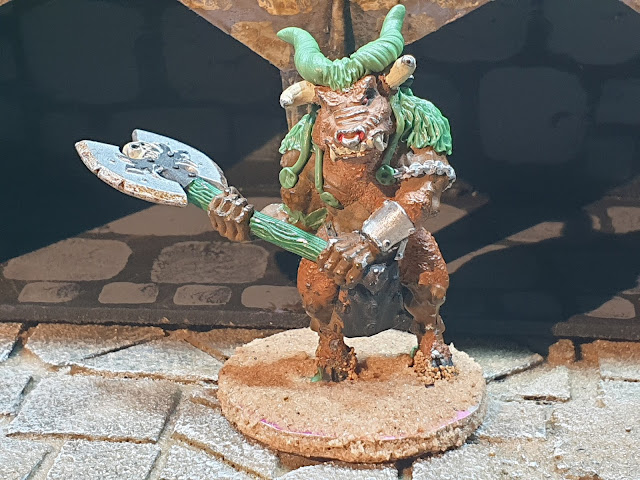 After buying the Perilous Dark supplement for Frostgrave I realised there were some monsters I had never bought and others that I was going to need sometime in the future. So I set about sorting that situation, unacceptable! 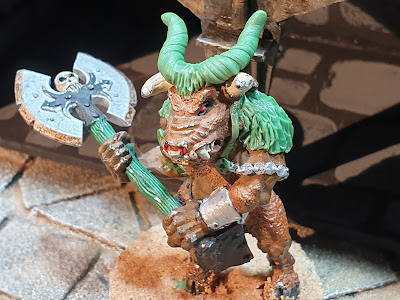 First of I needed a Borock and since I had loads of bits knocking about in a box that Luke had given me a few years ago I set about fixing an old GW minotaur to a make shift base and getting to work with the GS. I added ,as you can no doubt see, hair and horns and a few dangly braids round its kneck. 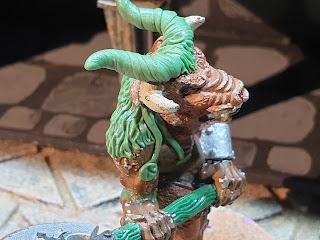 Came out OK, so will need a lick of paint in next few days and some more attention to the base. 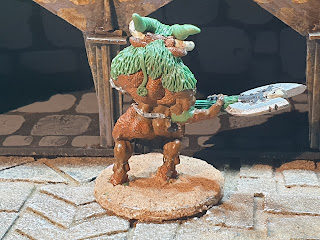 Next up were some models to represent Demons. So out of the same box came the second GW minotaur, its weapons were already damaged, one arm was completely off, and some lesser plastic beastmen, again who has last all their weapons. This was mainly due to having been shook up vigorously in a cardboard box for some time, this is an assumption, but from look was reasonable. 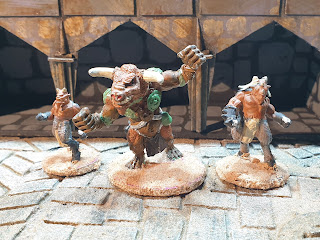 A few bits of GS to add detail, not well done i'll grant you, to the minotaur and thes are ready to paint.
Bases were created from cat food box card, I have tons, literally. 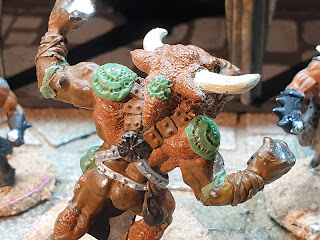 Last were the three models I had originally created as Demons some while ago when I started playing Frostgrave in 2016. However I needed a larger demon. I got out some corks and my glue gun and well, that's history as they say. Not good or clever but it at least finished off the trio. I am at rest now. 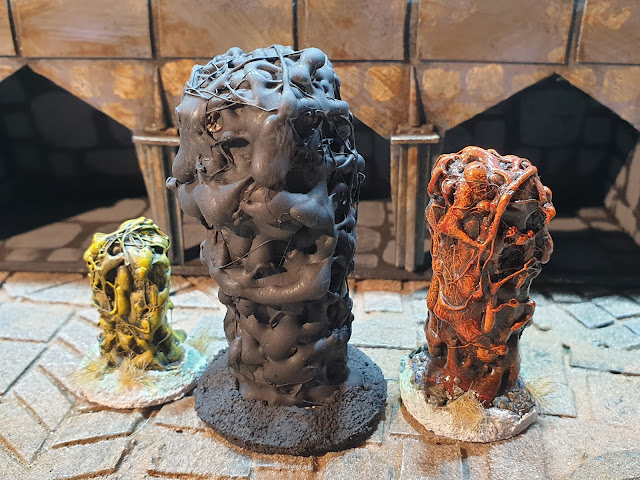 I will be painting these in the next few days, so will post again when that has all happened.
Cheers.