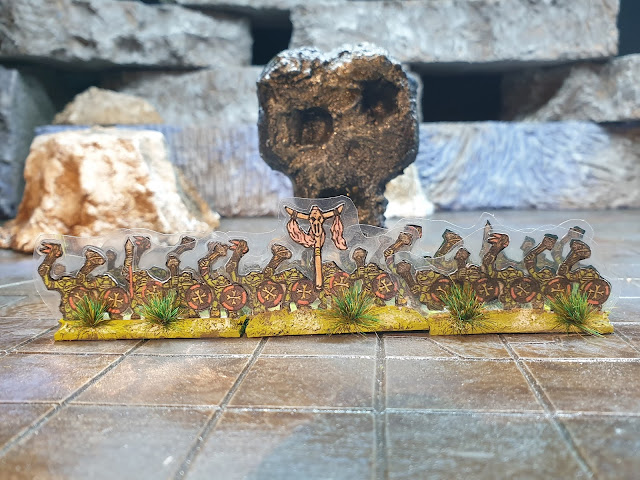 Bit of fun and an experiment really, this post.
Long time ago I painted some Flat Orcs, I used them as a Warhammer army until I got some actual models. However I kept the painted miniatures as they took a long time to do. 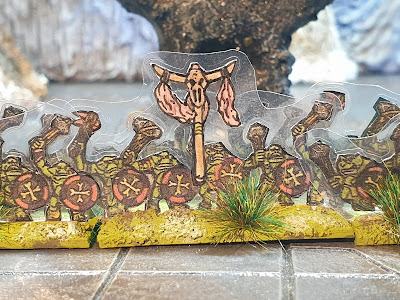 Recently I shrunk them on my printer, cut them out and laminated them and voila! I have a unit of orc warriors to add to my already huge collection. 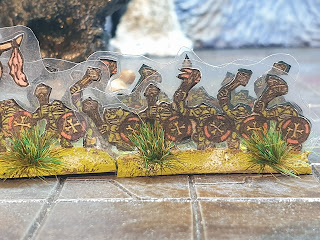 They are quite obviously based on Orcs from the GW range from the late 80's and 90's, but all are draw and painted by me. 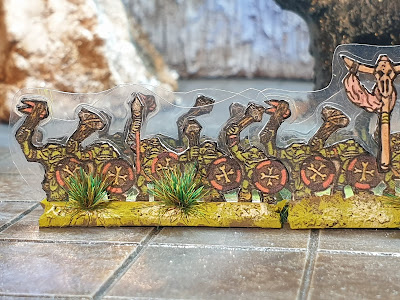 I had to draw a standard as I didn't have one and glued it on. 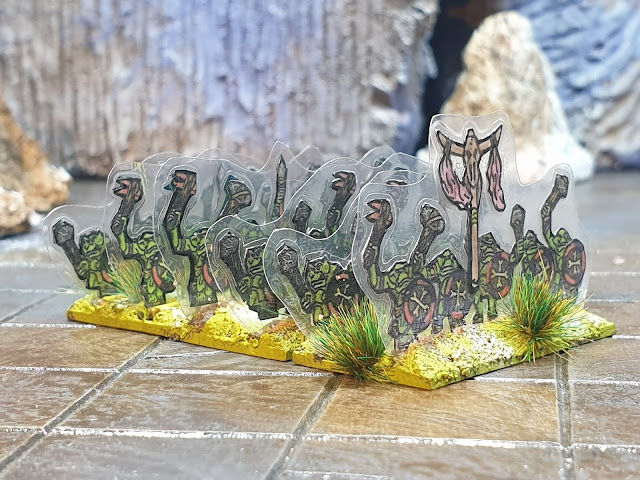 Also the buildings I made the other week, also in 10 mm have been painted and tufted. 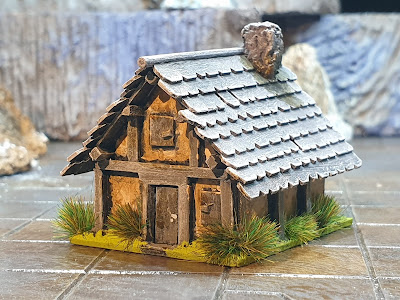 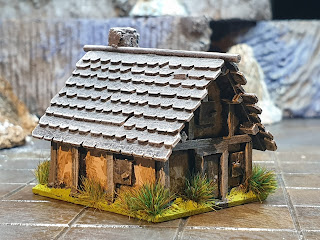 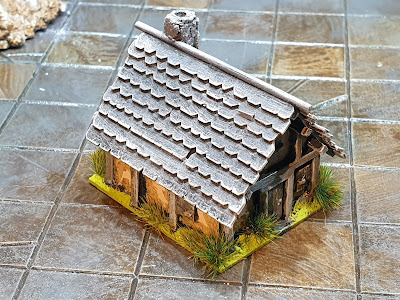 Both together for size. 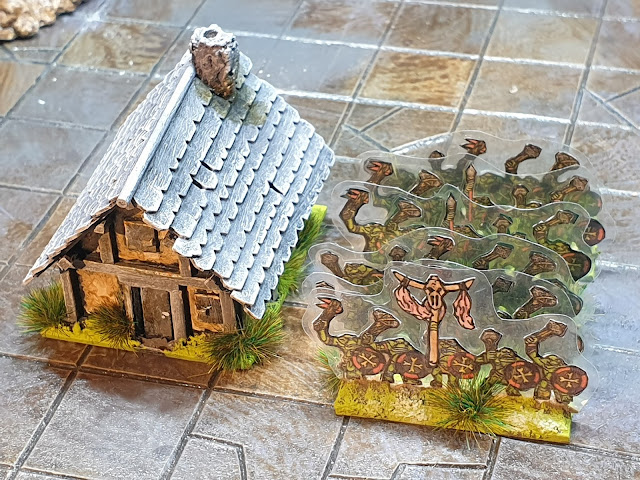 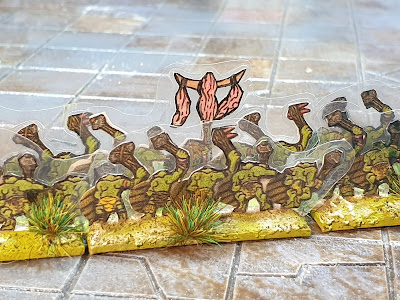 I don't do things by half, here are the orc backs to complete the unit. 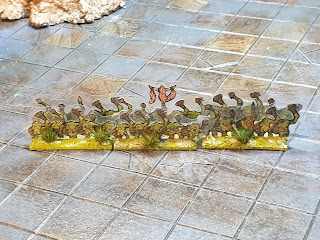 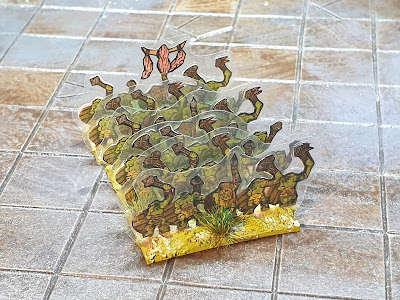 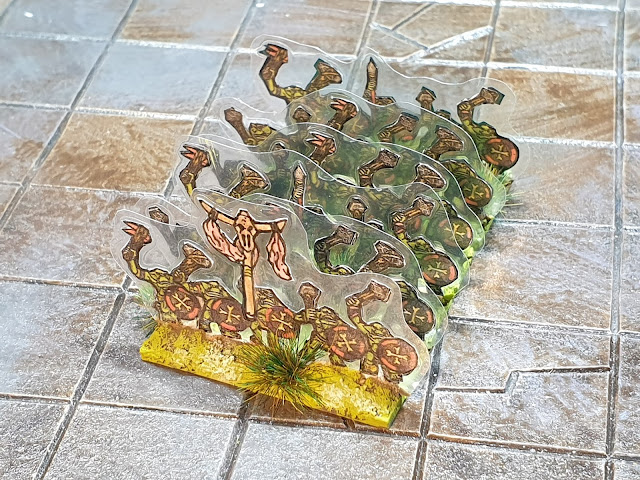 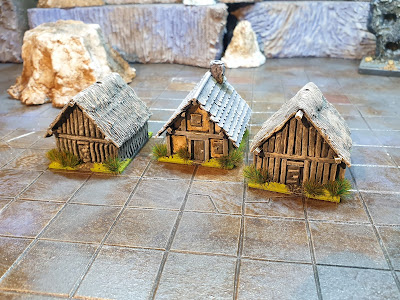 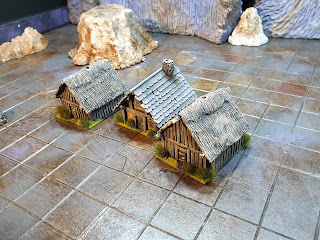 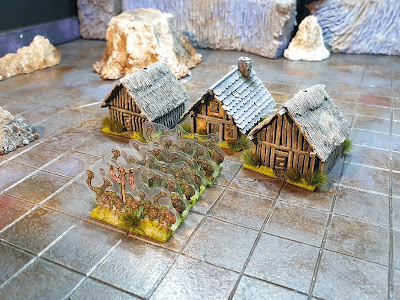 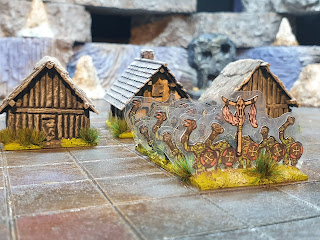 They took a while to cut out, and glue together, probably about the same as painting the miniatures from GW that I have. 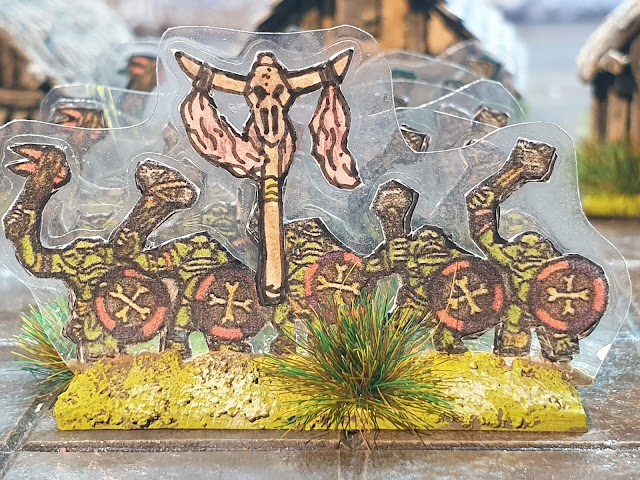 I go round the copies with a black pen to get rid of the white bits, but it seems I have managed to miss some all the same. Doh! 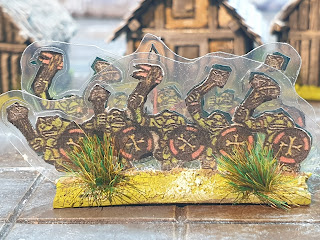 All in all they're OK, they are really practise for the High Elf flats I have painted. Can't afford to buy Warmaster miniatures so may make an Elf force in a similar manner. 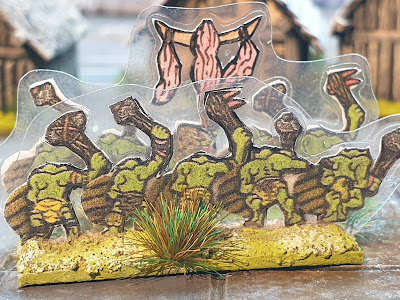