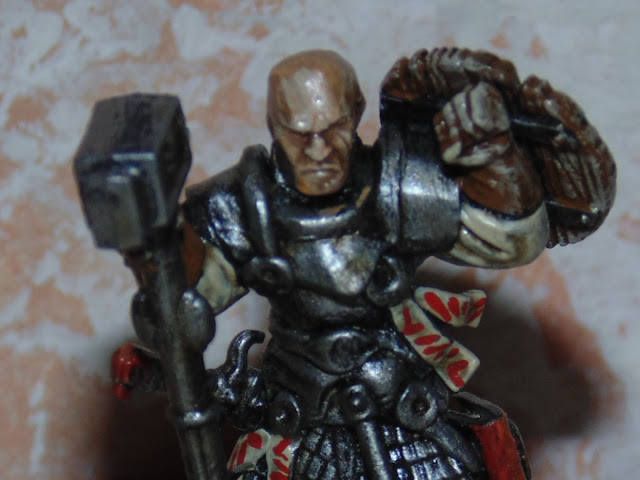 "So what you are asking me to do Lathander, oh lord of renewal and rebirth: is to visit all the temples of this and any other land; seek out those who profess to follow and love you; look into their souls and if they are found wanting ...... utterly destroy them. Is that about it?" Feng spoke forthrightly to the pile of sheep droppings next to his back door.

Thats about it, yep, came the quiet voice.

Sometimes, when a mind is confronted by something so horrid, so terrible, so evil, it has to shut down, spiraling in upon itself and seeking refuge in a version of reality that is almost completely ficticious. Feng Galmon suffered such an occurance.

Feng had been a priest, much like many others before him, he read texts and illuminated manuscripts, had a pretty wife and a innocent girl child. "Had", being the opperative word.

For one awful day, a priest, suffering from a mental disorder inwhich his psychosis became focused upon the family of Feng Galmon: recieved the message that Fengs family had slipped into the very depths of sin, sunk into the very abyss of the Dark Gods. His commision was to dispatch them and so save their eternal souls.

This was a terrible mistake.
And one that was to stay with Feng Galmon for the rest of his life.

Upon returning home he buried his beloved wife and daughter and then struck up a conversation with the God Lathander whose eternal lustre resided in the aforementioned sheeps poo in his yard.

It is your calling, it will clense your soul and the save the eternal spirits of your wife and child, whined the god.

Not if I sanction it.

"It will still be wrong!"

Nontheless, it is what you must do to save your family.

Thus Feng, not wishing to leave his family in eternal torment, agreed to the wishes of Lathander but determined never to visit a temple or church of any kind and therebye never have to judge the resolution and faith of others.

Wandering about in the hills above Pasture City Feng stumbled upon the half clothed barbarian Ferghus Turi in a drunken stupor and immediately recognised a conflicted soul.

They became good friends, avoiding temples and places of worship together: seeking adventure to fill the void that was their lives.

Email ThisBlogThis!Share to TwitterShare to FacebookShare to Pinterest
Labels: D&D5e