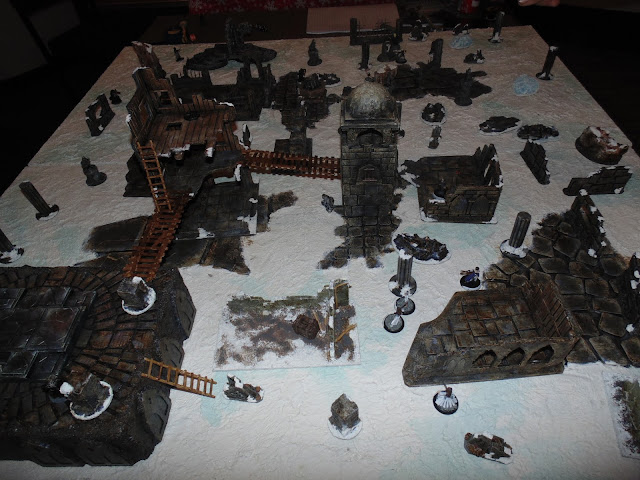 Ian played an intro game with Dave over at the WWarriors last night, I was drawing a KOW game on another table. Thought I would take a few pictures of the game as it looked rather nice. 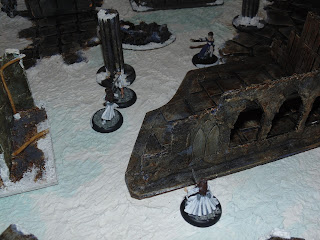 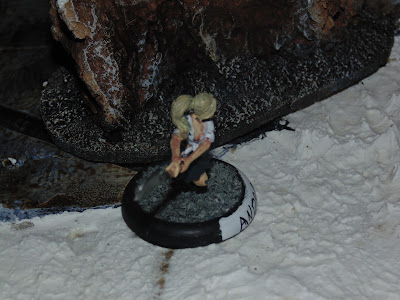 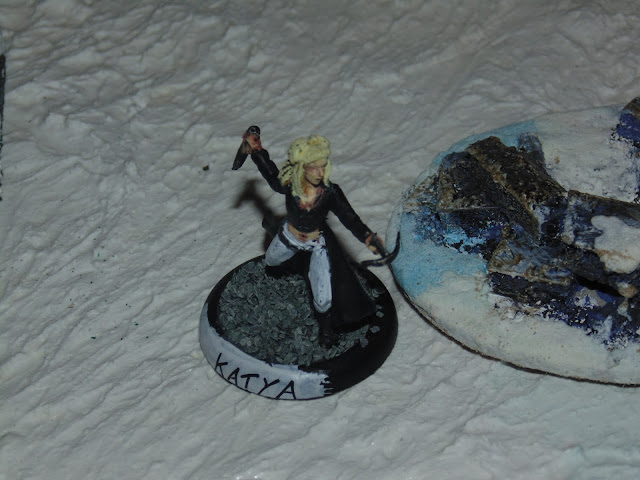 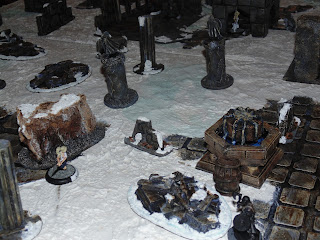 Highlight was Dave shooting the legs out from under Ian's Wizard! 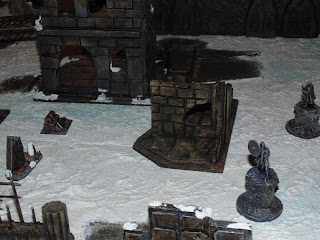 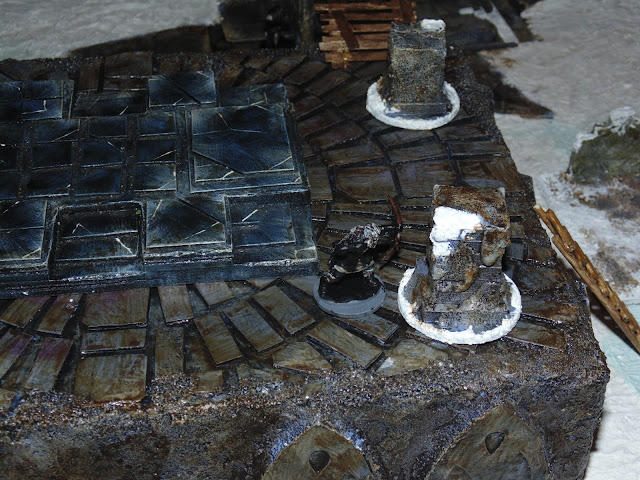 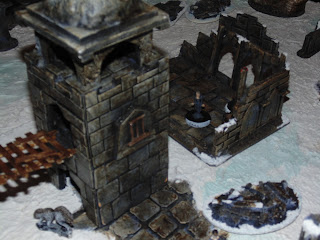 Then a little later Ian's warhound killed Daves Wizard just before it in turn was slaughtered. 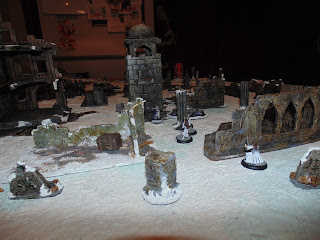 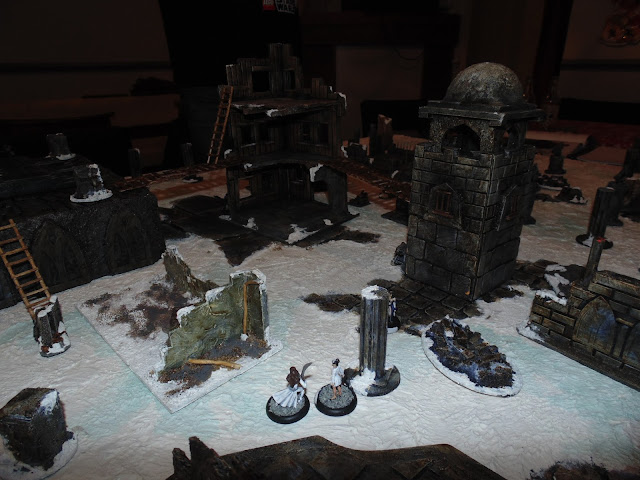 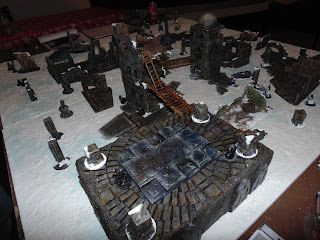 They had a great game, Dave recognising the benefits of ganging up on opponents. 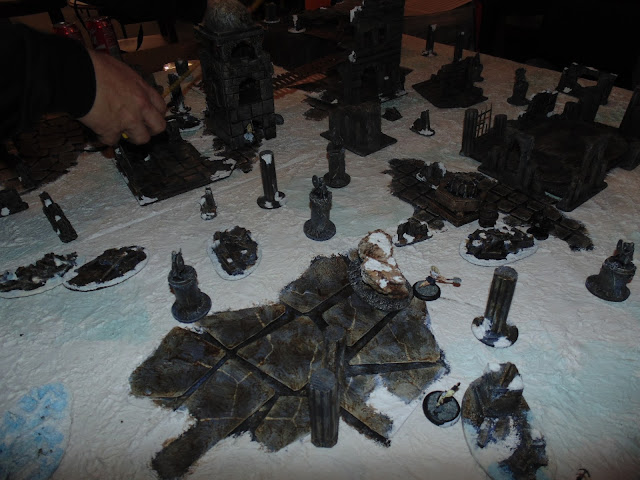 They had a great game and Dave is keen to play again, always good :-) 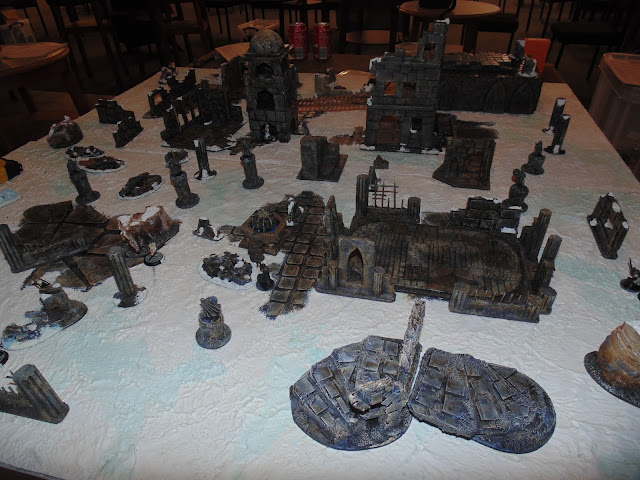