MUMG: Vision of the Future 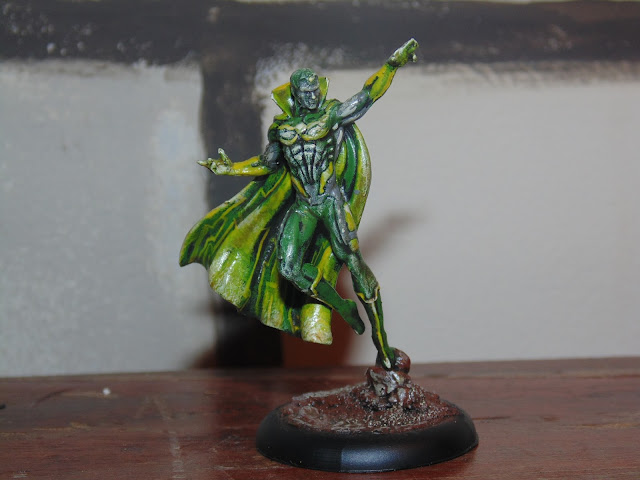 The last of my current batch of Avengers. Vision was always one of my favourite characters, the philosophical android. Full of angst when he appeared in the comics. 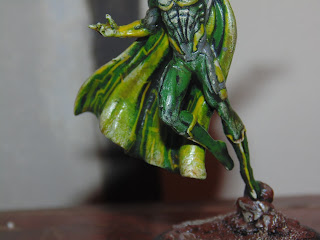 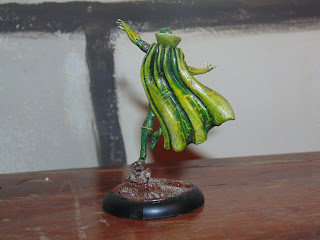 I fancied trying to get the effect seen in the film, think it was Civil War, where his cloak had a circuit board type effect. 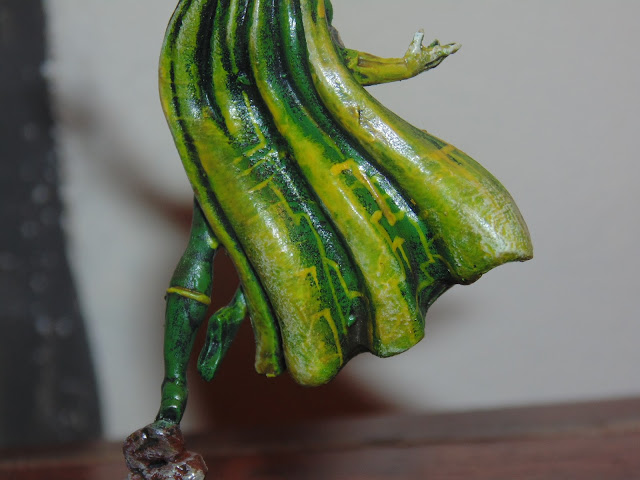 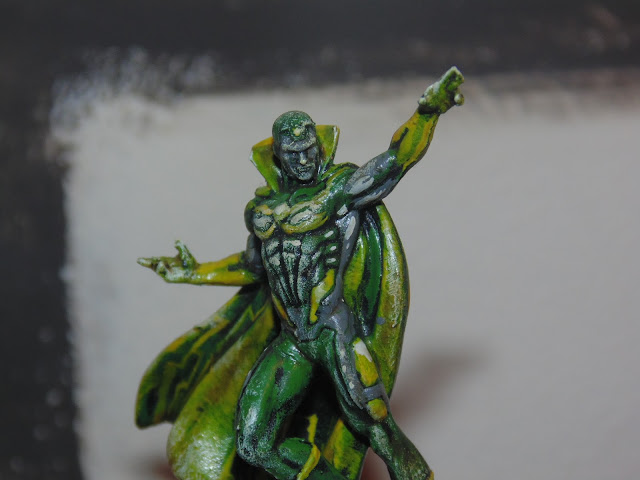 Could not paint him with a red face and chest, well I tried and it just looked odd, so I went for my own slight variant colour scheme, hence the grey. 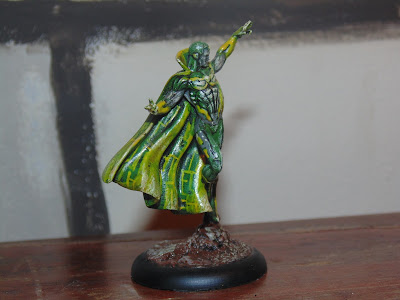 That completes all the miniatures I have from Knight Models, so what do I do next?

Well I have 2 projects in my head which will be planned over Xmas but not started till after: namely making another wallpaper paste board, this time with a more modern theme which I can use for both MUMG and Walking Dead. Also I fancy making 3 or 4 buildings similar to the ones Knight models included in their Suicide Squad game they recently released.

In the meantime I want to try to get some small solo games in before Xmas.