Recently there was quite a discussion about the pro's and con's of fighting battles set in a city environment on the Kings of War Fanatics Facebook page. So I thought I have a load of buildings how would it look and what rules alterations would there have to be to play in a city landscape. 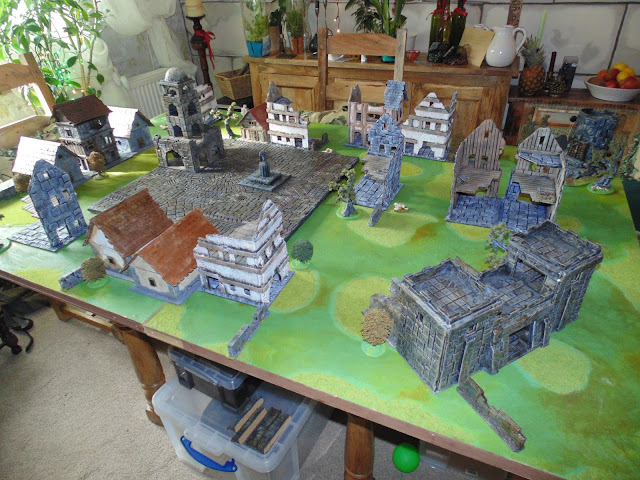 Initially I didn't want to have too many buildings which might block the movement of units or at least restrict their options. 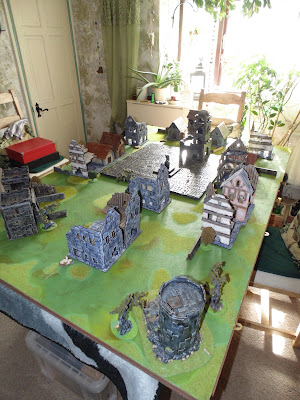 I think that hordes should not be allowed within the city, troops however could be allowed to move up into ruined buildings as long as they had enough move. I thought they might be able to climb through windows and doors to allow fairly easy access. Mounted troops and large infantry or large cav cannot enter buildings at all, neither can flying troops. Regiments could enter buildings as long as there was a door for easy entrance. I decided there should be no restrictions upon infantry characters/heroes, but mounted should be treated the same as units. 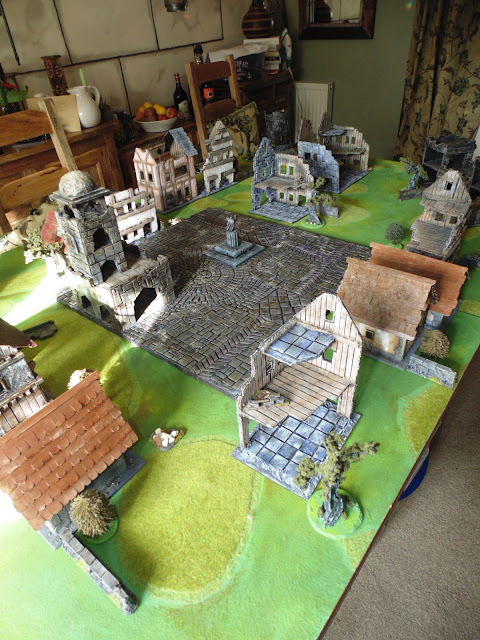 I felt that the trees and patches of rubble should be treated as decorative terrain, so as not to restrict movement. 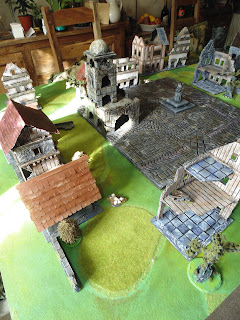 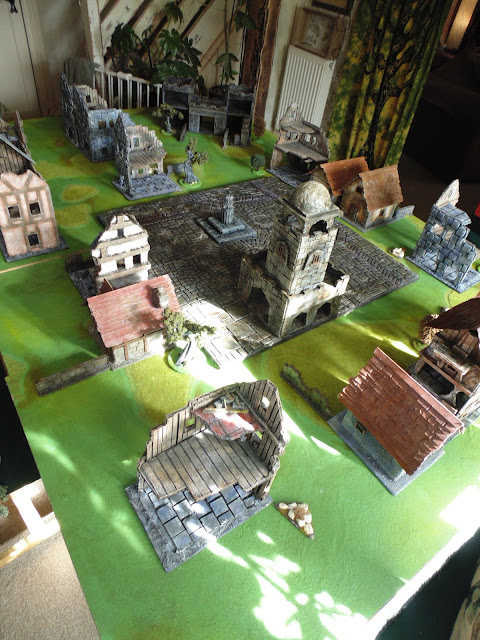 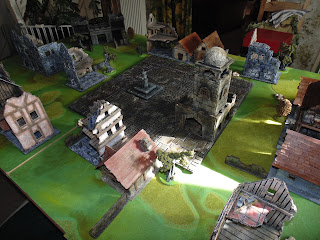 In total I used 14 buildings, 2 towers and a keep to represent the city area. 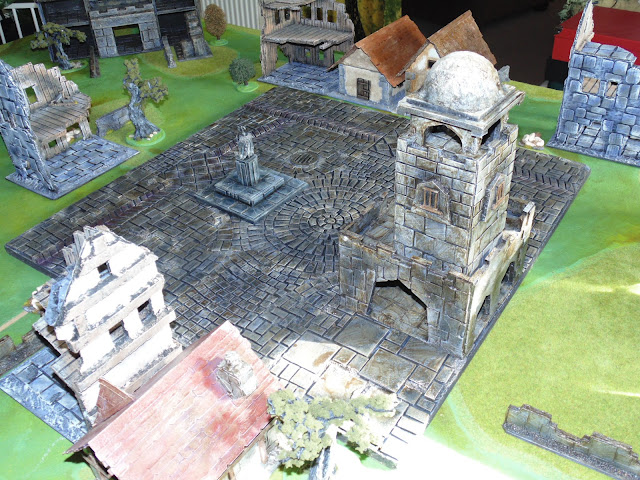 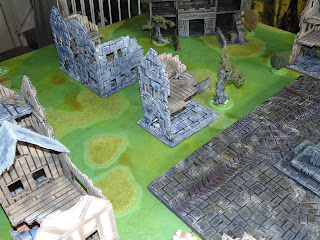 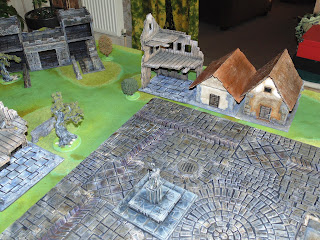 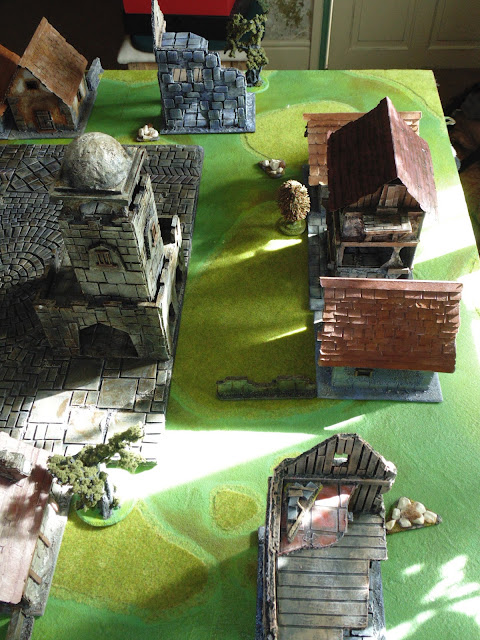 I did take a load of pictures with an army moving through the city, but there were so many pictures that I thought I would split them into two posts. After that I will put two armies onto the board and try a game, commenting on whether it works or not. 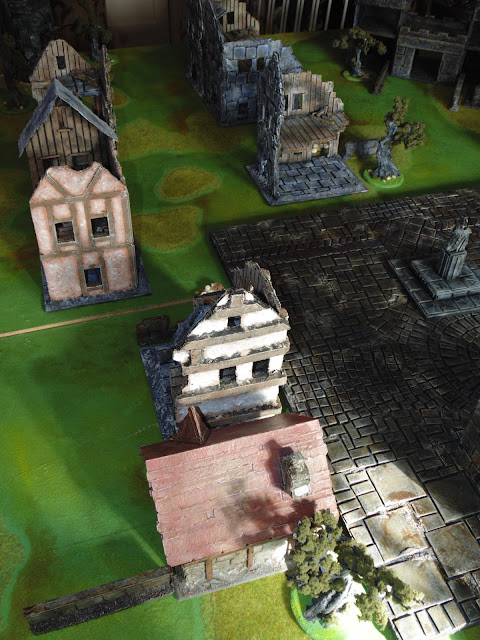 So do you think it needs more buildings?