Was a little bit taken back when Knight Models decided to drop their support of Marvel Universe Miniatures Game. More than anything because it meant that the miniatures available suddenly became very expensive. So I had a look on Ebay at Heroclix, just to see what they were like and really decided that they weren't too bad at all. 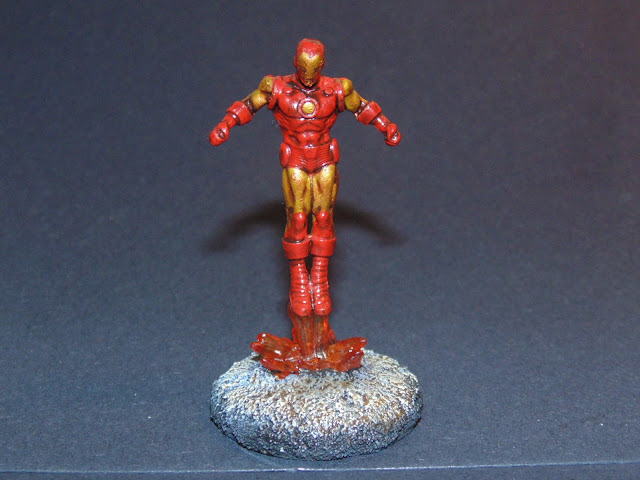 So here is Iron man, removed from his clix base and repainted, I'm quite happy with him, have Thor and Spiderman on order, will be posting them when all done. 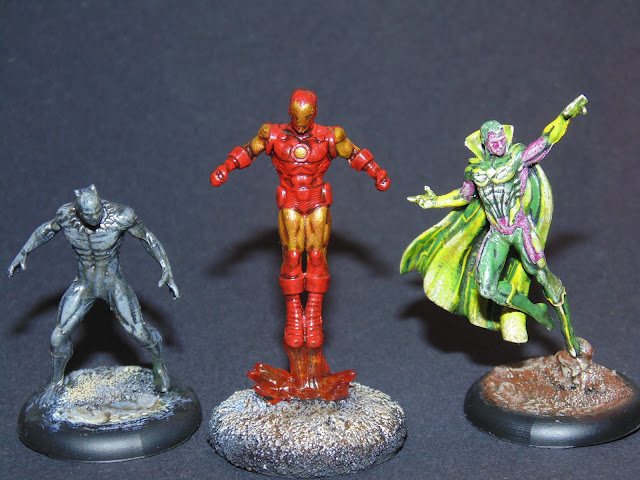 Here he is alongside the Knight models I already had.
Think I need to play a game at some point too :-)