This is the work I have done on an old building that's been knocking about the Wakefield Warriors Games Club for a while and was in some need of tender loving care. So I took it home and did the following to it. Its back to the club tonight so it can be used in games again. 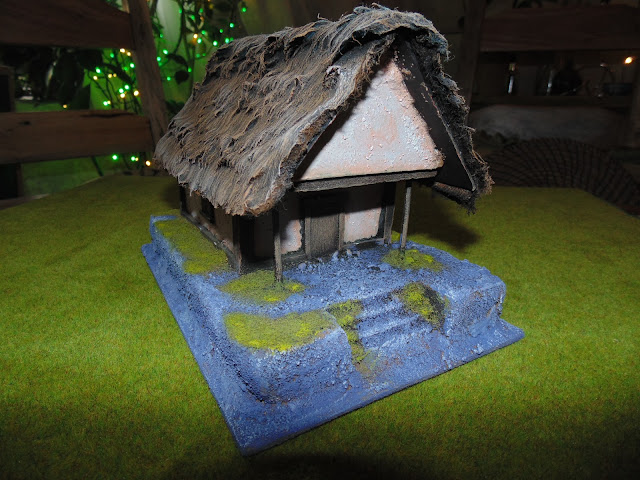 How it ended up, but how it was originally below, also I should add the roof was completely snapped off, so first job was to glue it back on. 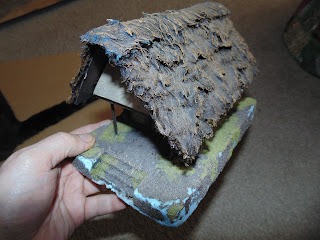 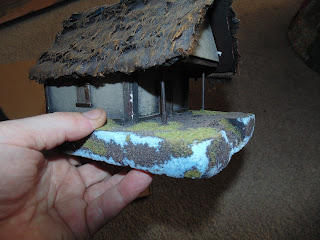 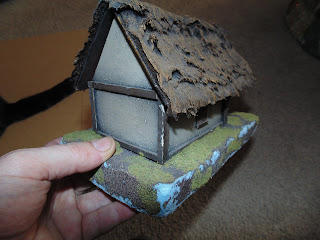 All rather badly worn. 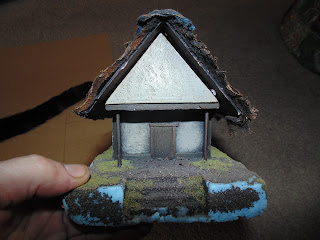 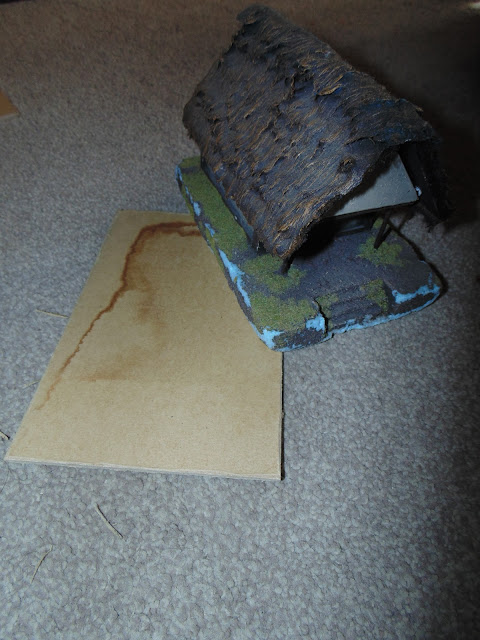 First I added a new hardboard base to protect the poly. 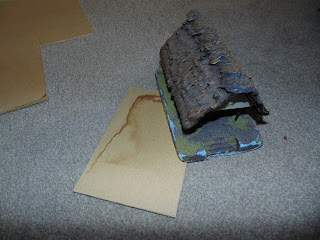 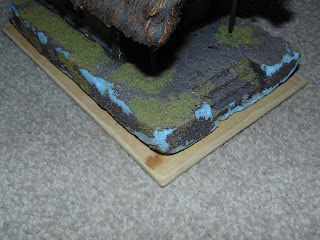 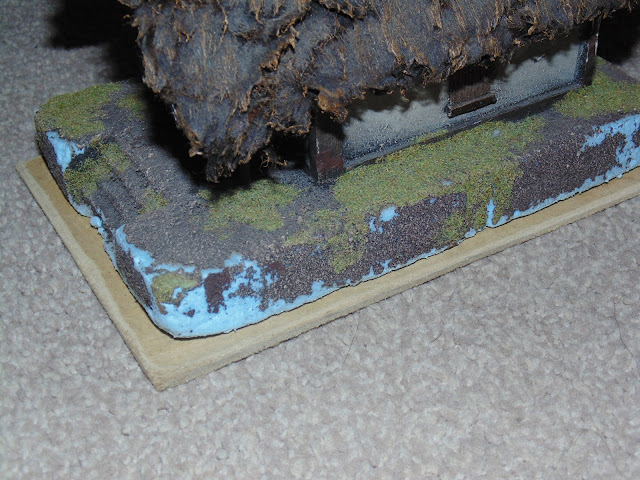 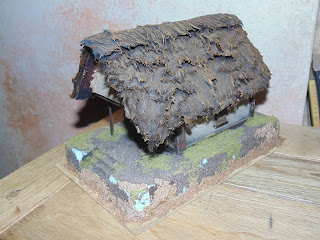 Then I PVAcreted all round the edge for strength. 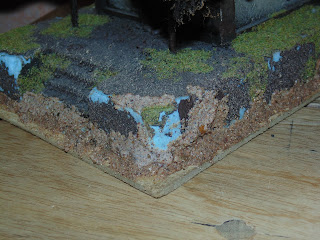 Also round the roof join, again to strengthen. 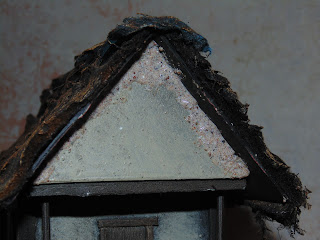 Then after a new paint job this is where we are presently at. 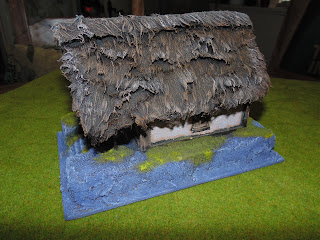 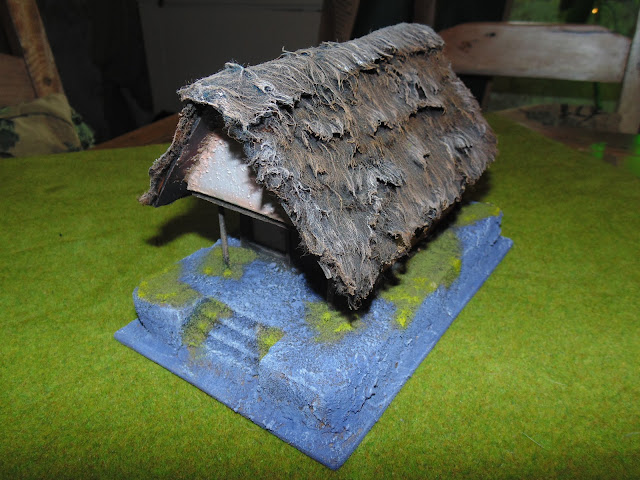 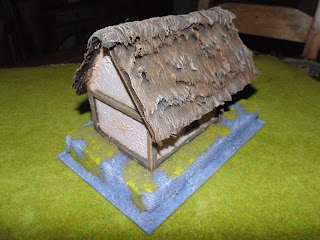 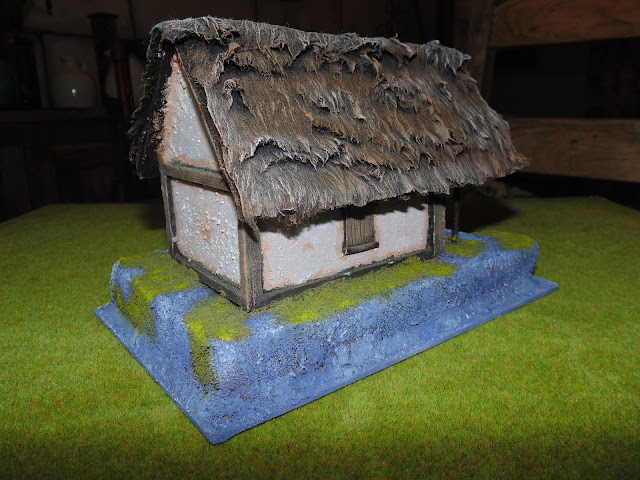 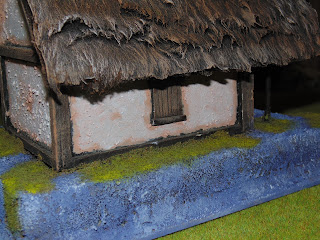 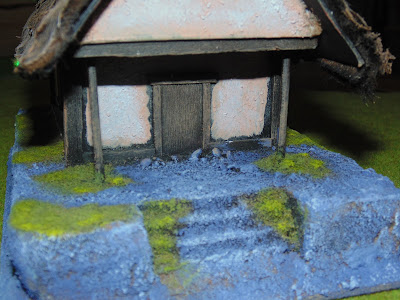 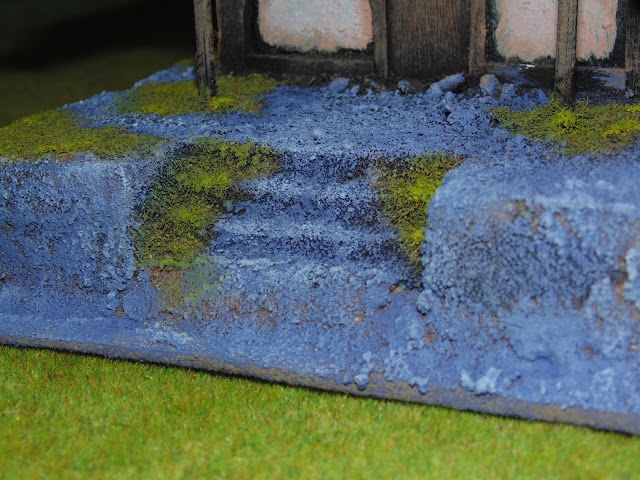 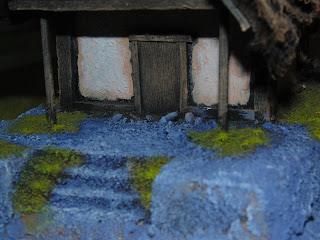 So, going back to the club tonight, will probably pick up another to be reworked. Its a never ending job.