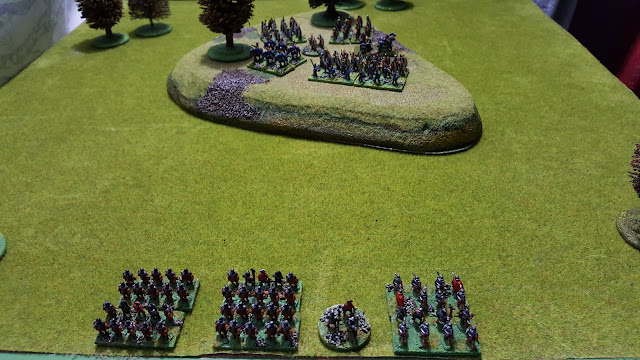 Having gathered his triumphant troops together on the summit of a nearby hill, MacEalar was ready to make camp and celebrate the huge victory at the ford. A feast was on. 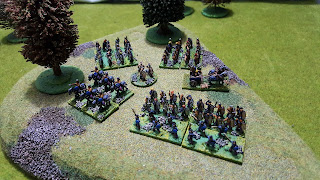 Little did he know he was being spied from only a short way away by Paetinus and his recently rallied troops. Yes, the Roman Legions had once again proved just how hard they were to rout and now they were ready for some revenge. 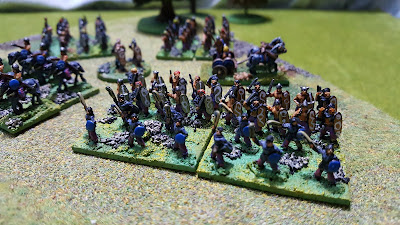 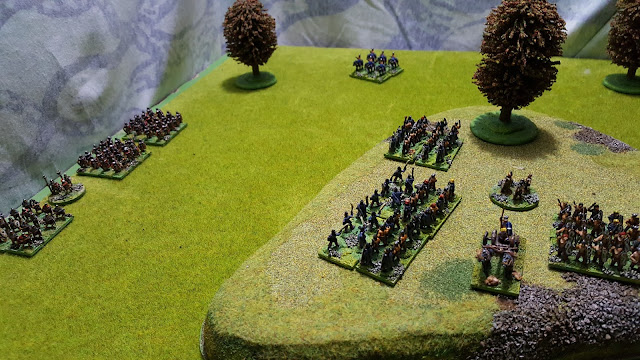 Many of the Parisi lads and lasses had already had a few jars and were getting a bit raucous. 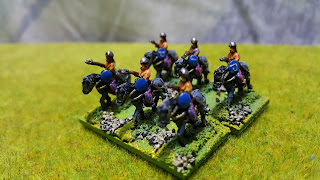 All but the Parisi light cavalry were on the hill, they held back to see what would happen. 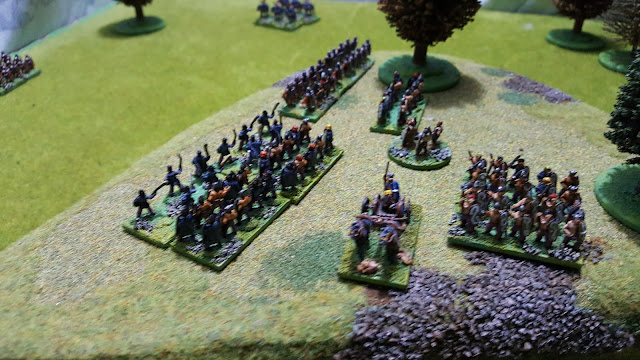 MacEalar was by far the worse for wear, so forgot to tell the warband what he wanted them to do. He didn't even react when Paetinus managed to push 2 units of Legion to the rear of his troops on the hill. 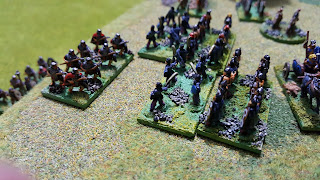 Roman Auxiliaries charged in a bit prematurely and found themselves retreating back to the main Roman line. 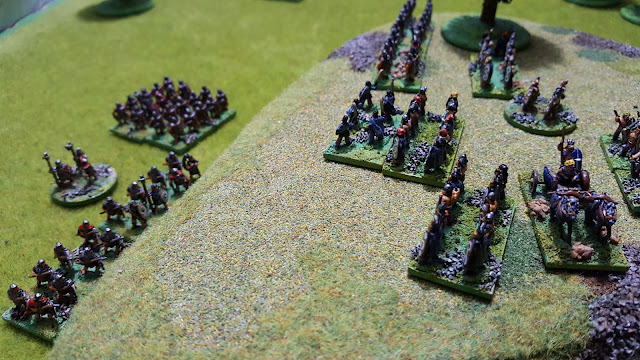 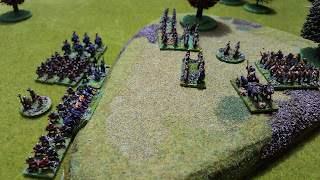 Emboldened, but not getting any orders from MacEalar, his troops surged off the hill into the Roman ranks. 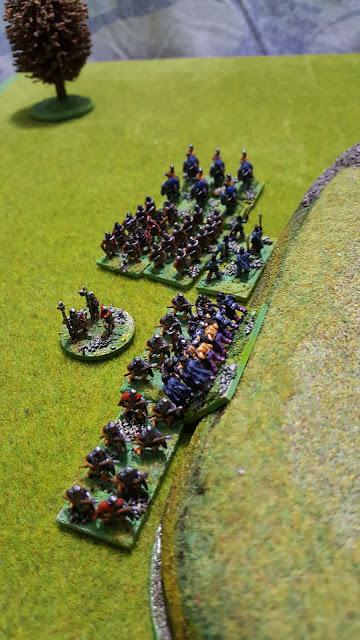 MacEalar, felt confident as the Parisi trap was sprung, but most of his warriors were stuck back on the hill well out of the action. 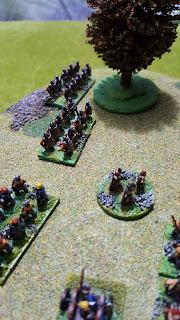 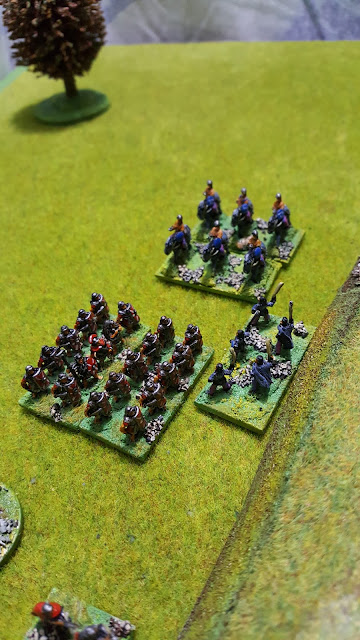 Some success, but not the destruction hoped for, that 5+ save on the Legions really helped them out. 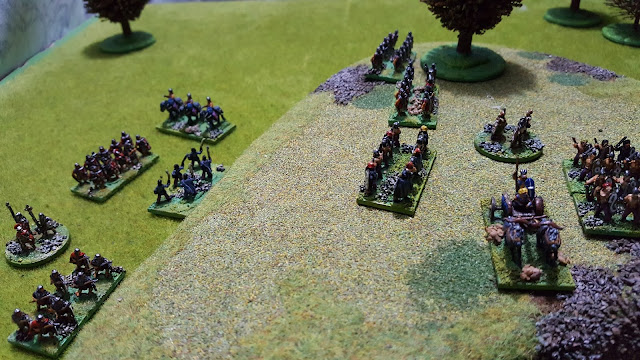 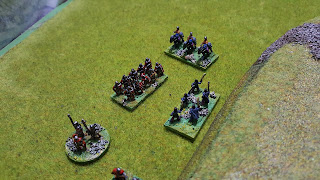 On the hill the 2 loose Legions hit the rear and flank of the Parisi warriors, while the Auxiliaries have a go at the chariot, which MacEalar had completely forgotten he had. Beer can do that to a man. 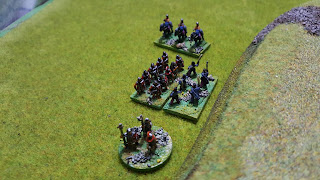 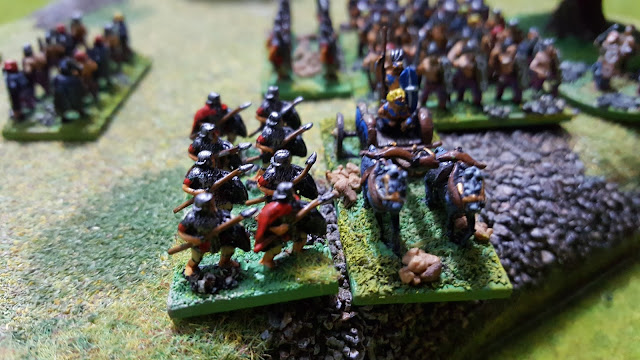 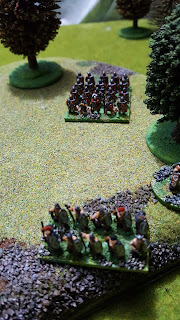 In a n instant the battle had changed, many of the warriors had run off or slaughtered where they stood. MacEalar began to sober up, but would it be too late? 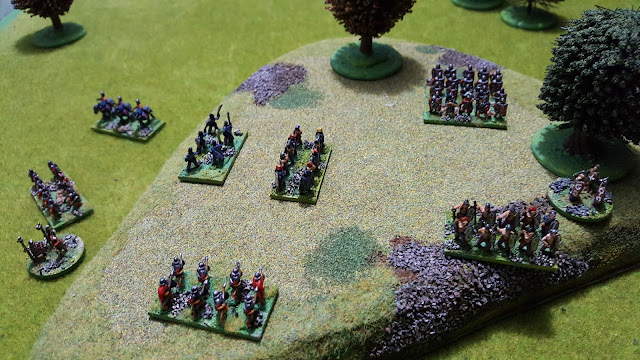 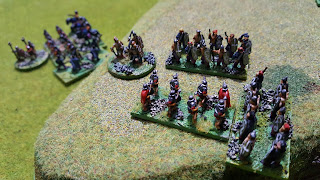 The Parisi warriors rallied and attacked. 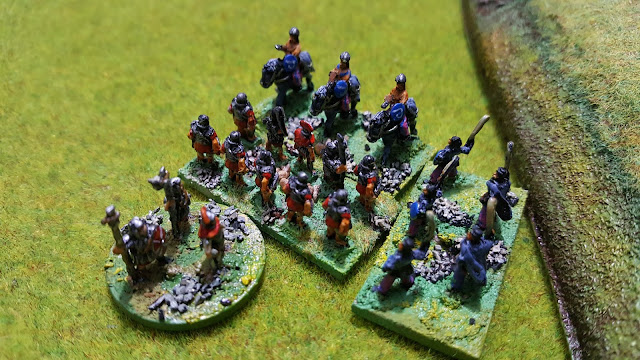 But they lacked enough punch to finish their adversaries. 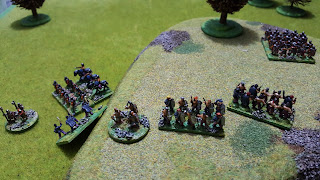 The 2 Legions on the hill started to mop up the stray Parisi warriors. 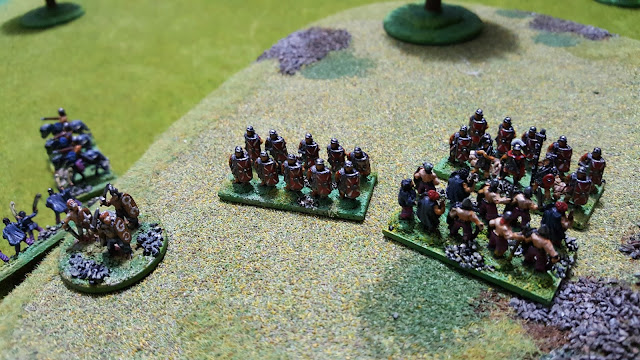 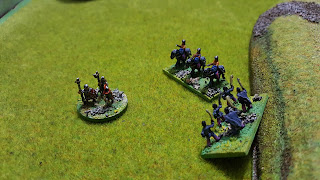 For a moment Paetinus looked as if he may be in trouble, but MacEalar dragged the Light cavalry back to help with the Legions running rampant on the hill. 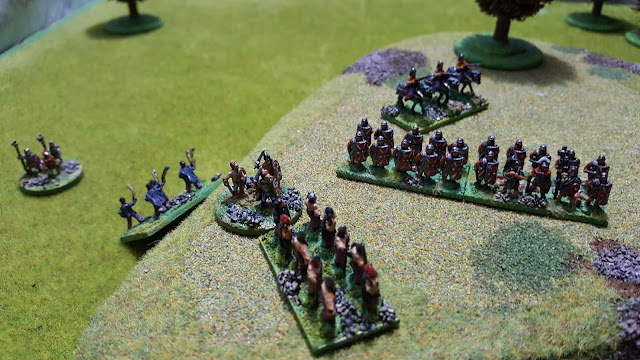 A concerted attack on the last warrior unit in the Parisi warband saw them destroyed along with MacEalar who joined the warriors to give them a few extra desperate attacks and it led to his defeat. 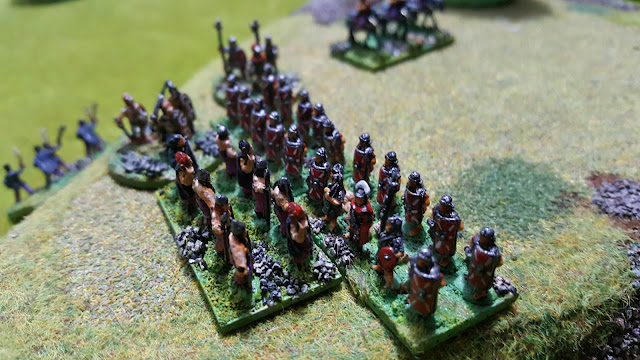 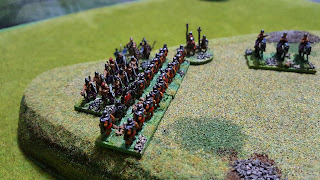 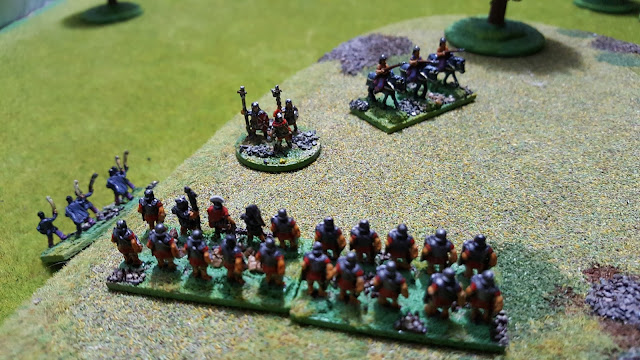 With MacEalar captured, his remaining troops fled the battlefield. 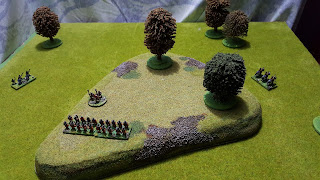 Paetinus gathered his troops and began to march for Calcaria, finally he had defeated his enemy, surely his commander would recognize this and commend him. 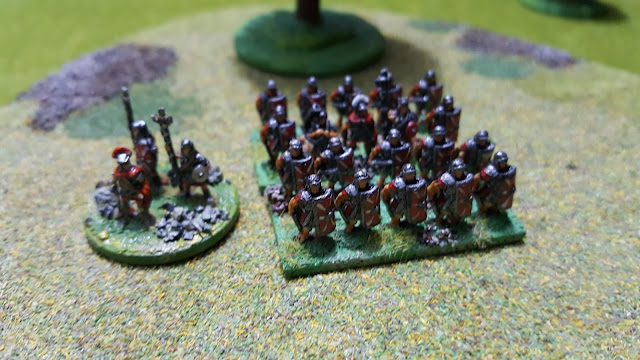 The greatest problem that beset the Parisi was that they could not pass one command check in the first 3 turns and most of the warriors were facing away from the Romans. The Romans however had a clear view so had easy charges off their own initiative.

The big game changer was getting the Legions onto the hill behind the Parisi warriors and being able to get the drop on them, taking them out of the game.

With MacEalar captured I'm not sure how I will play the next game, but do know it will have escalated to 750 points of troops per side.

Thanks for reading, if you still are :-)