Not exactly the beginning scene in our first game of D&D last night, but very close. The characters, detailed later, traveled to Sagan a small village on the Isle of Cal and after some hairy moments in the woods, they arrived at the Inn below for beers and food.

Mateus, the proprietor, and his wife Millie and their son Nob run the Blue Boar and seemed a friendly bunch, although our heroes night of repose was interrupted by the news that the wizard Morpius had been murdered and his daughter Arianne, kidnapped. The quest begins... 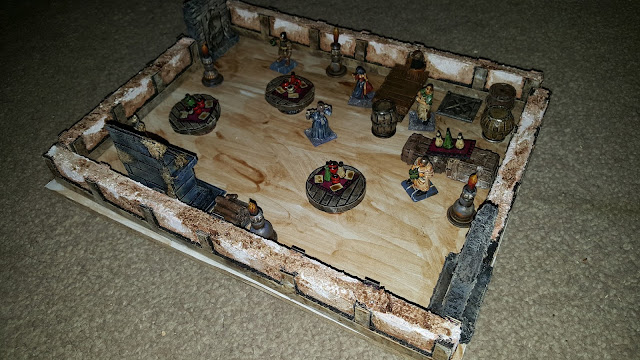 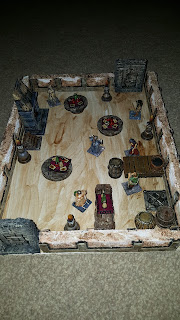 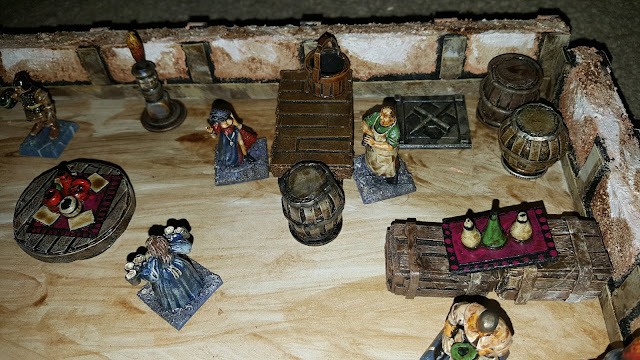 I used the same method of making the interior building walls as I did the dungeon wall set, just modeled wood and plaster instead. 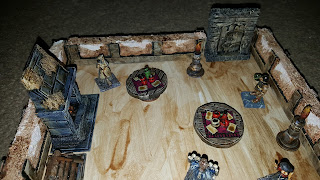 The base was a bit last minute for the session on Saturday but have some board sections I'll use in the future. 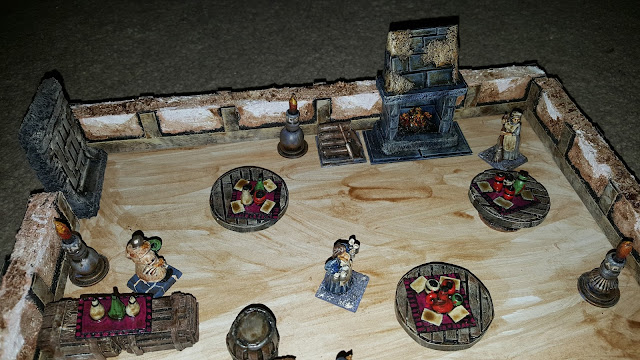 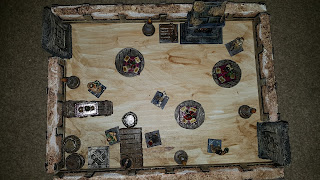 What I like about this is that I can make a whole variety of Inns and Taverns from this set and a few more bits and they are very "playable", but still give the feel of a building. Also I had this all set up on the base so when the players entered the Inn it was instant, I didn't have to spend 5 minutes building the thing- hate that. 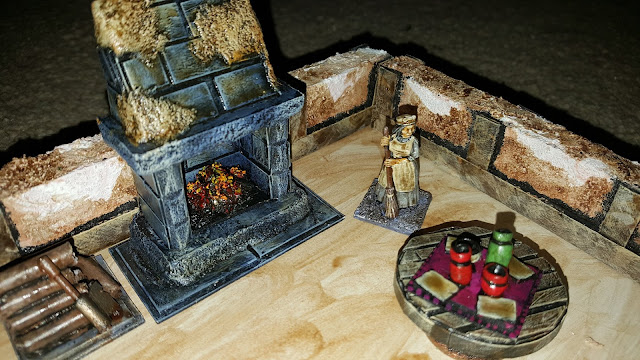 All the tables and chimney, food, barrels etc I made for Quest some years ago, knew they would come in handy again :-) 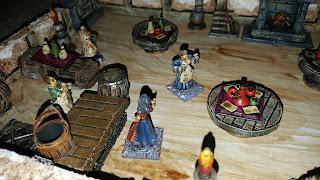 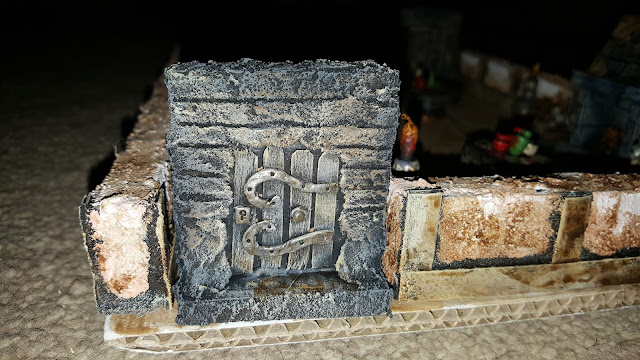 Made a new bespoke front door, all good fun. 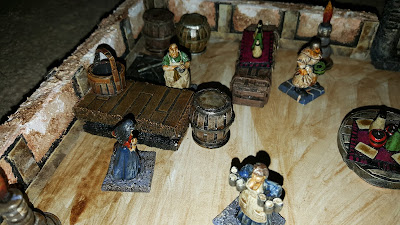 Mateus behind the bar, Millie serving drinks and locals having a brew. Oh and the largest bucket in all Christendom stood on the bar?