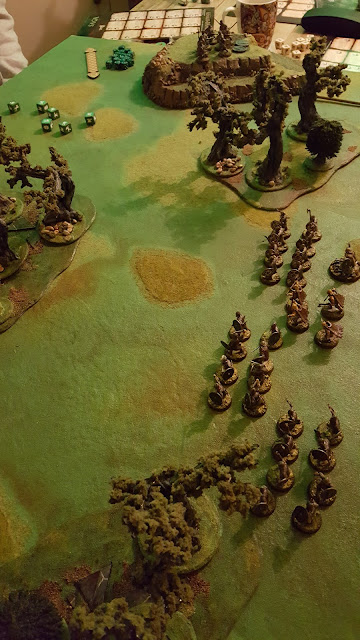 A quick shift round of some of the terrain and off we went again for the second time that evening. Anglo-Danes in the hands of Mick and my Vikings. 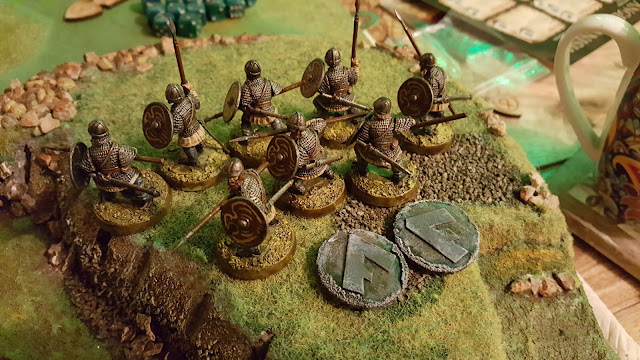 In an attempt to force Mick into panic I pushed one unit of warriors right up his right flank, but at what cost, they had 2 fatigue which proved hard to get rid of. 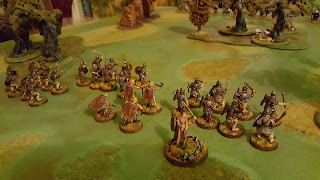 Micks Danes moved across the field to his left. 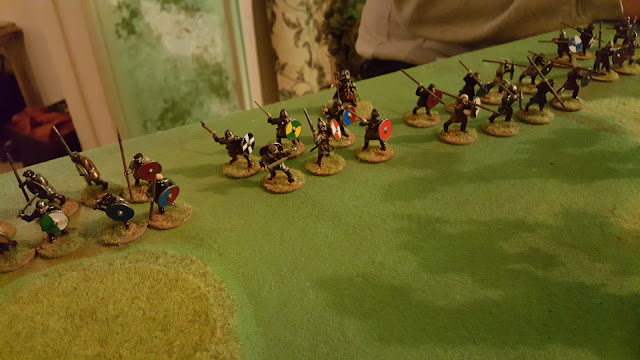 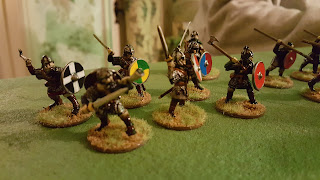 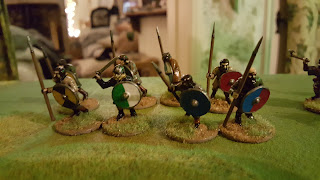 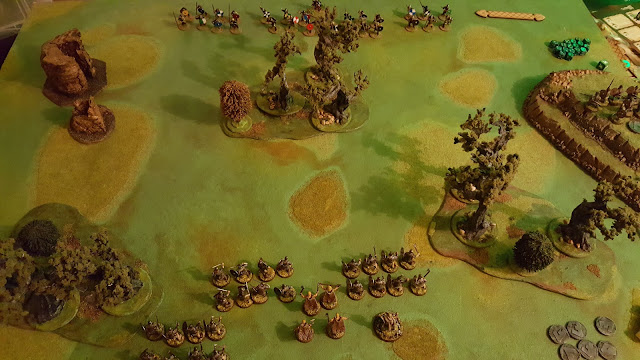 The Anglo-Danes were very worried the Vikings might get down their flank, but by using their Intimidation ability I never got a chance to rest them. I did however mean that I was surging forward while Mick was maneuvering. 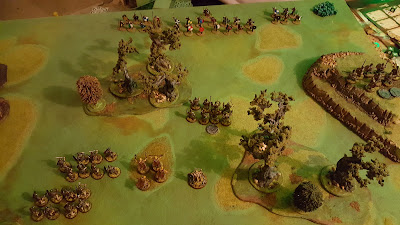 Then I made an error, I split my force. 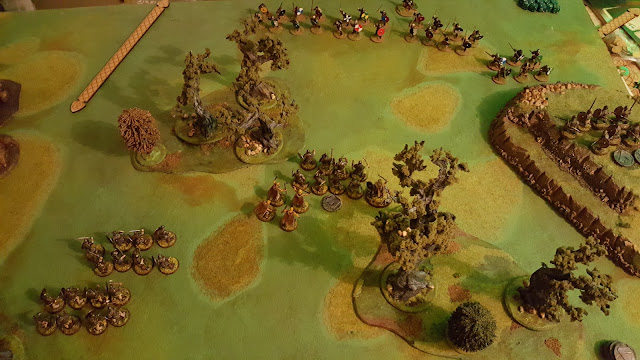 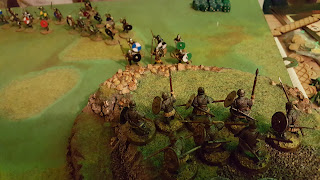 Still the Anglo-Danes moved to their left and held back. 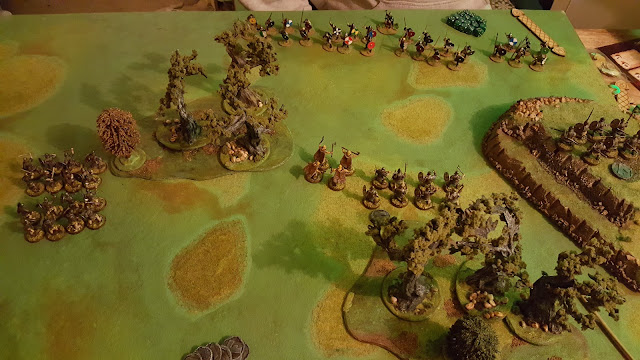 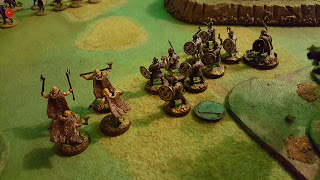 The Vikings, full of confidence, advanced up the middle of the field too close to the ADane hearthguard, with dreadful results. 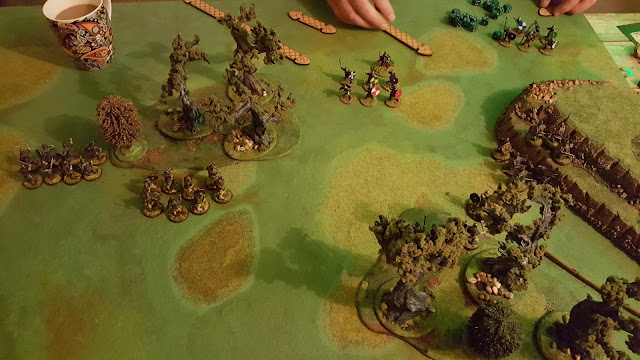 The Viking berserkers were wiped out to a man. 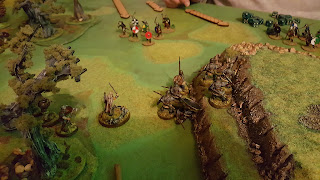 Desperately the Viking Leader rallied her troops, by removing fatigue from 2 units nearby. 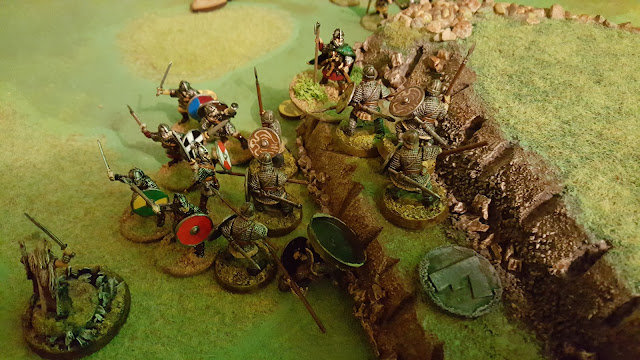 However the ADane hearthguard proved far too effect in groups of 6 for the warriors to deal with. 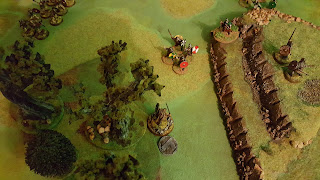 Having  destroyed my warrior and berserker units my Warlord found herself isolated and in a bad way. Well played Mick. 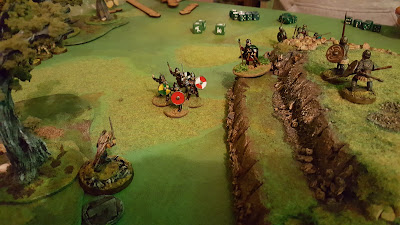 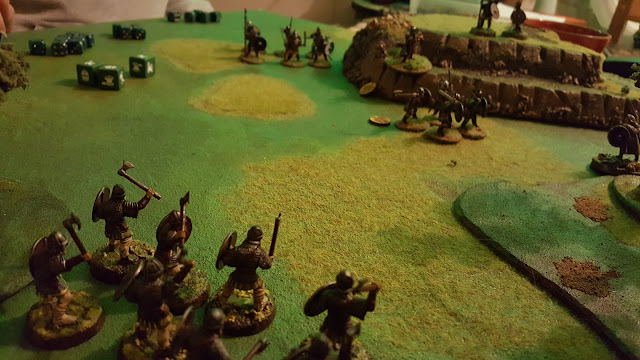 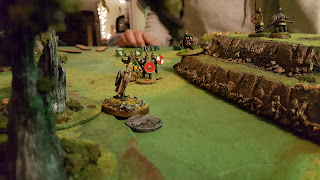 It didn't look good for the Viking Warlord, but despite being by both the ADane Warlord and his Hearthguard, she managed to survive. 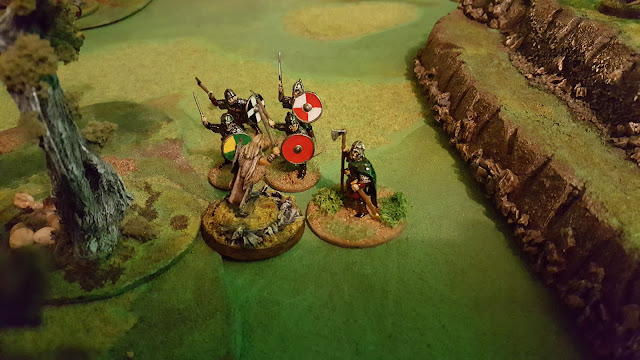 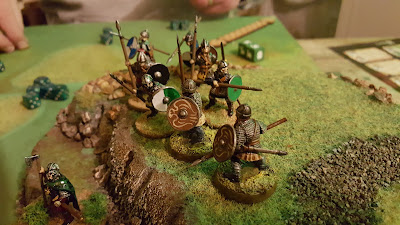 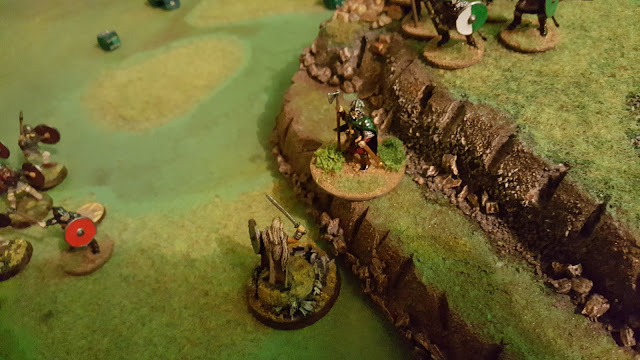 However, emboldened, my Warlord attacked the ADane Warlord and the encounter back fired badly, leading to her death. 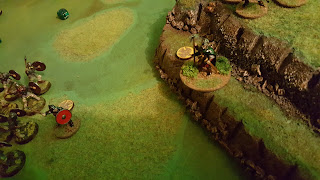 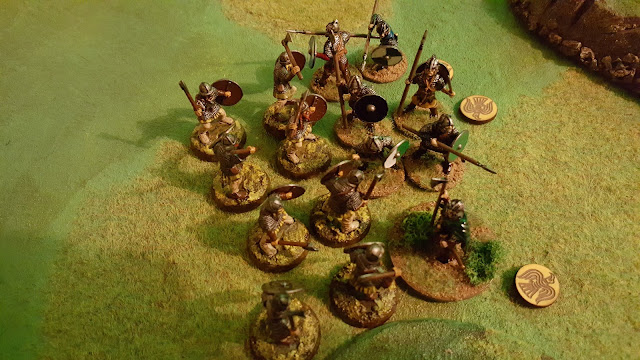 Finally the last scrap of the game led to six Viking warriors die at the cost of 3 ADane hearthguard. 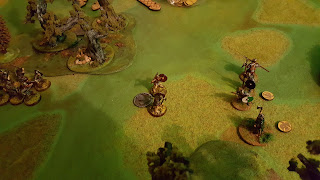 Desperate, the last 2 stormed back into the hearthguard and both sides lost 1 model, the lone Viking retreated. 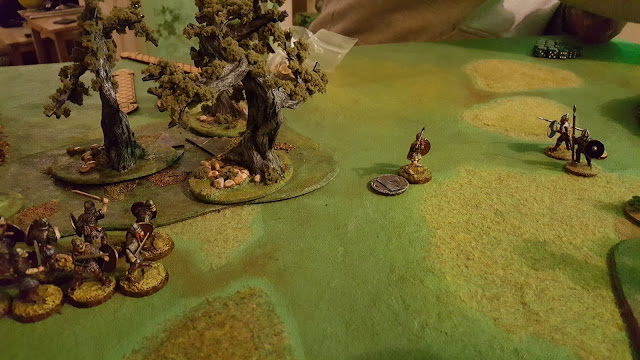 The last action of the game was the killing of the lone warrior by the hearthguard and that brought the game to an end as it was rather late. 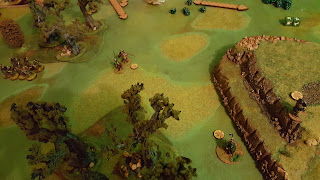 We decided to give the victory to the Anglo-Danes especially due to the loss of the Viking Warlord.
Well played Mick

And that is the last report I will be doing from the old Saga rules.
Also I will probably be reporting on how the Irish do in future games for a while.