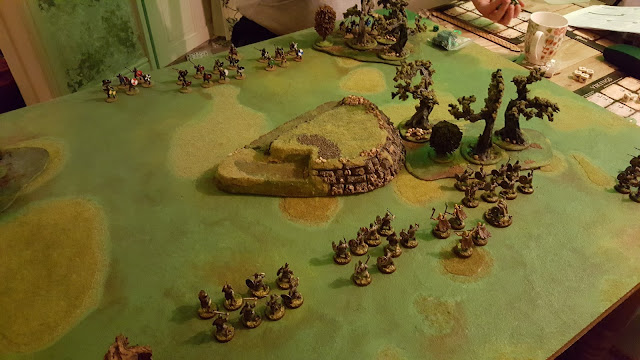 Mick and I had not played for a long while and so we decided with the new Saga rules about to come out that we should play the old one last time.

We decided on a 5 point game as that was what Mick had painted. 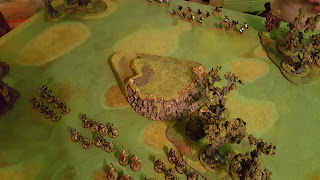 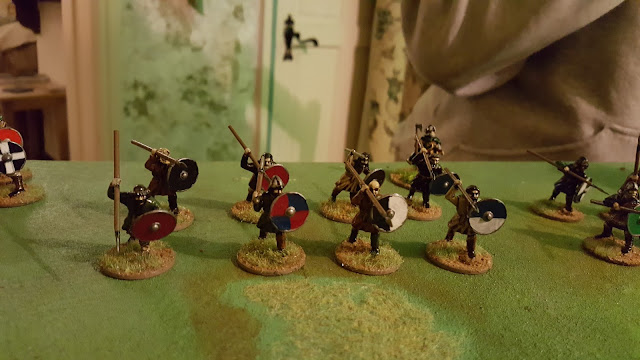 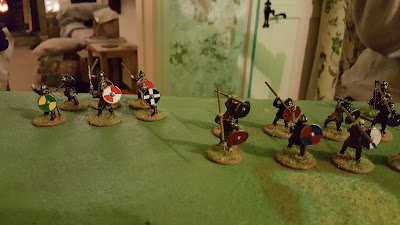 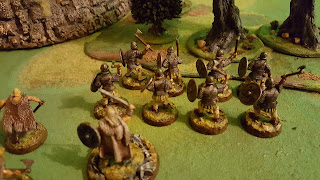 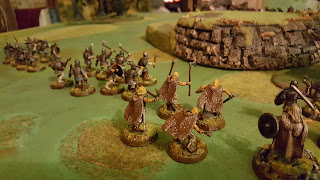 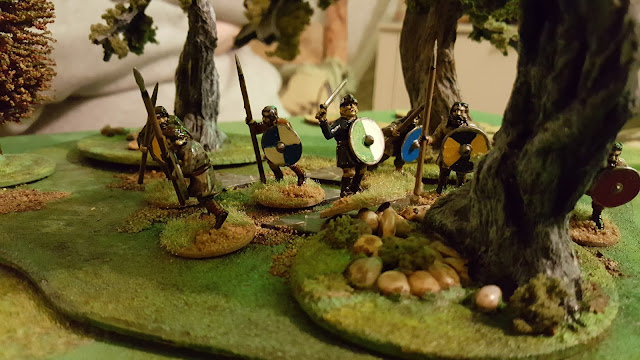 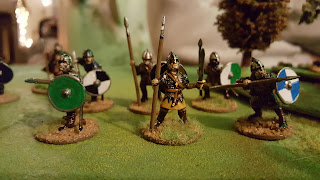 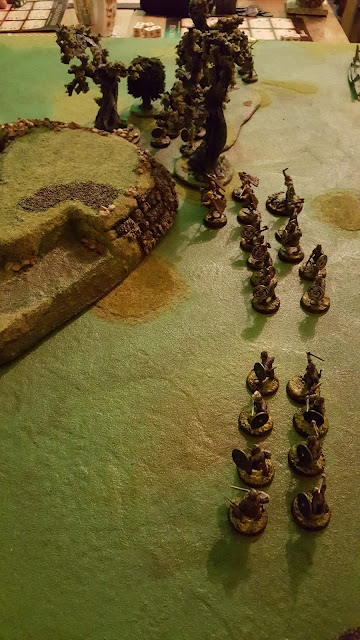 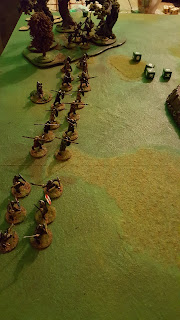 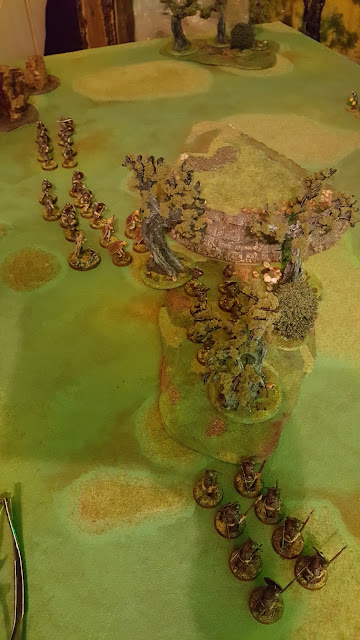 The Vikings advance to the centre of the battlefield. 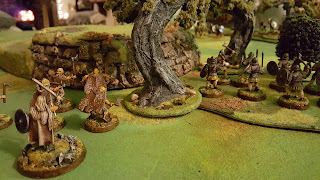 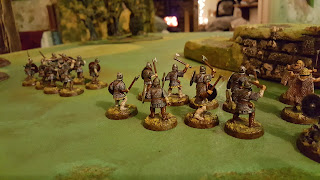 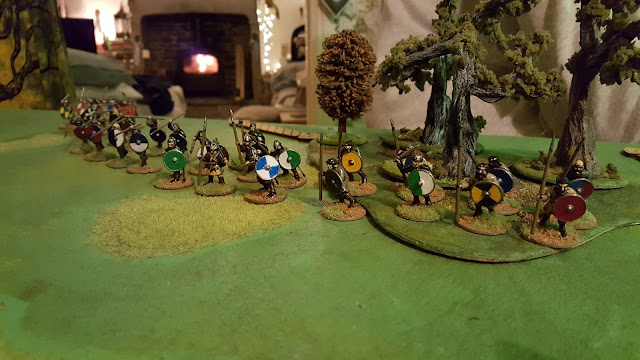 The Anglo-Danes hold their ground. 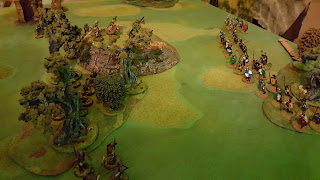 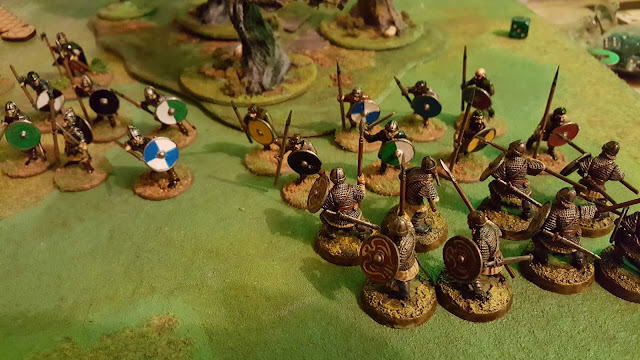 My Viking spears crash into the Anglo-Dane warriors but are repelled having lost 3 of their number for 1 Dane. Not so good. 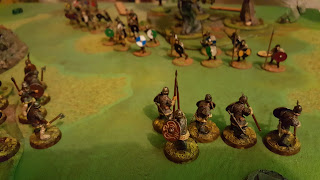 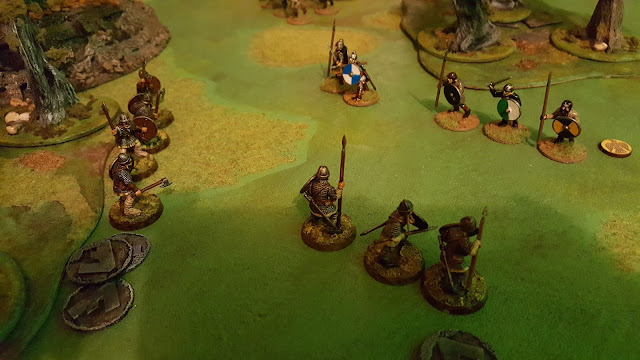 The Dane Hearthguard clashed with the Viking warriors on the left and the warriors who fought last turn went at it again. Both sides were left fairly mauled. 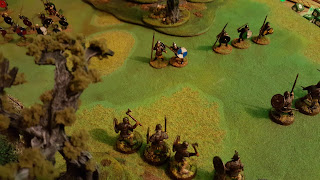 The Vikings continue to move up. Although Mick kept using "Intimidation" which was very annoying, it meant he could stop my first activation in the turn and he used it every turn, well played Mick. 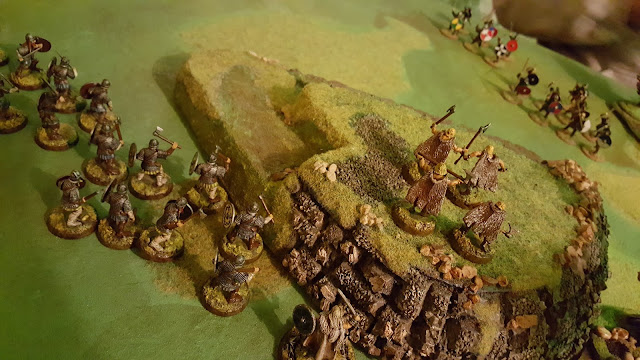 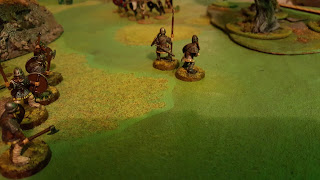 I used Loki to remove the 3 Dane warriors and the Viking warriors removed the Dane Hearthguard. 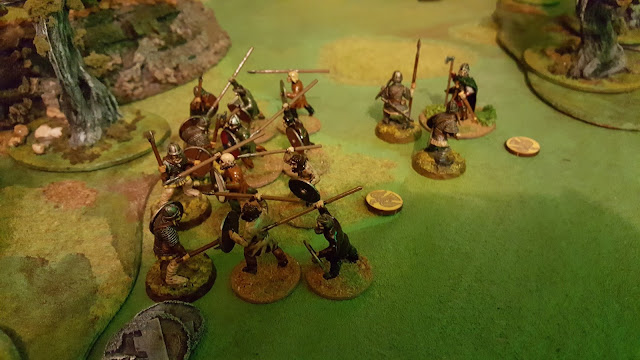 Mick's warriors drive mine into the forest. 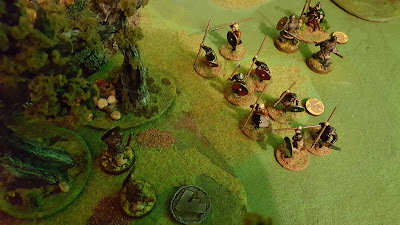 While 2 of my warriors failed to kill the Anglo-Dane Leader. 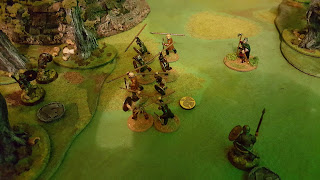 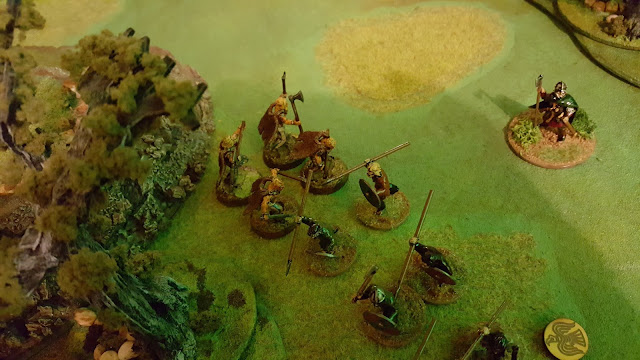 The berserkers charge down the hill and hit the Dane warriors in the flank and wiping them out with the help of Heimdal. 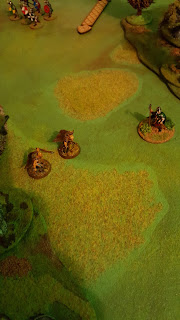 Mick's last unit of Hearthguard charged into another of my warrior units and drove them off but not without loss. 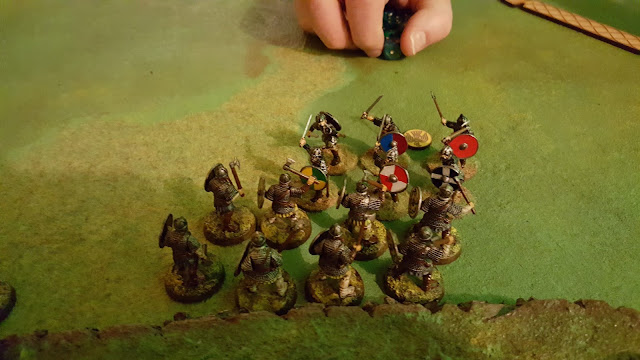 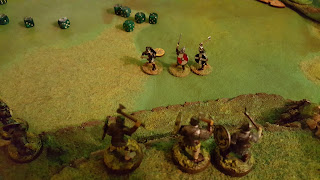 However the 2 remaining berserkers killed the Anglo-Dane leader and the game was declared a win for the Vikings. 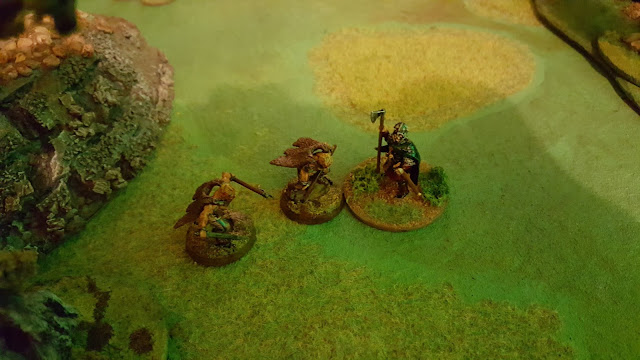 We had a good game although we were both rusty, especially me I have to say. We did manage another game in the same evening and will post that soon, After that it'll be the new rules.