During the preparation for a game of D&D I intended for a Hag Stone to be found giving a clue to the nature of possible future threat to my players. I had some Das knocking about and I was at my parents visiting, so had a spare half hour and decided to sculpt this. 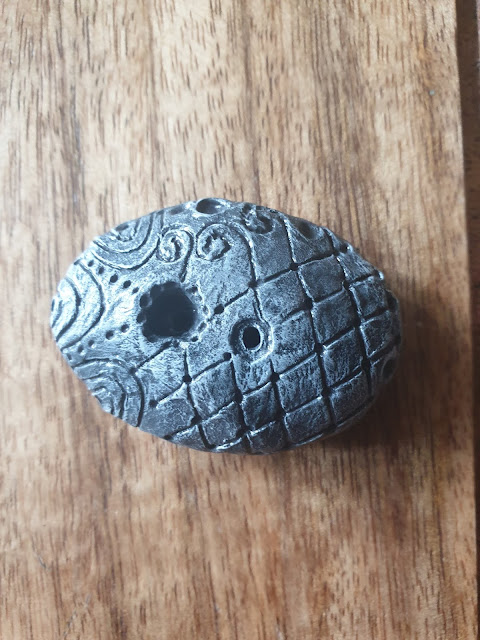 The Hag Stone is like a sign that whoever holds it is working on behalf of a particular Hag. It also allows a person viewing through one of the 2 holes to see the actions of the holder some 2 hours before, but only glimpses, snippets. 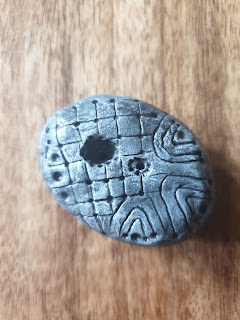 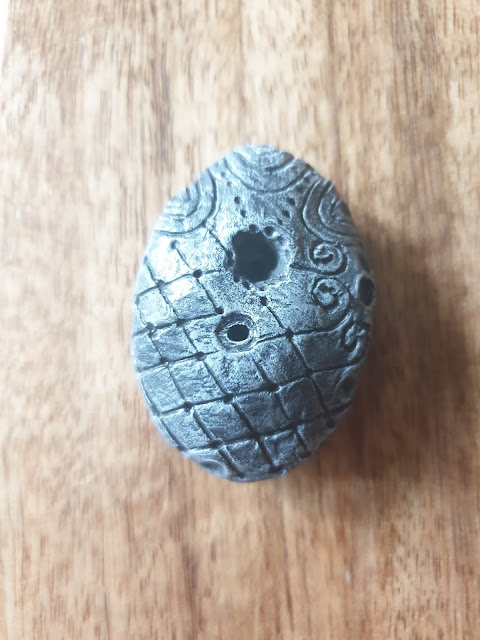 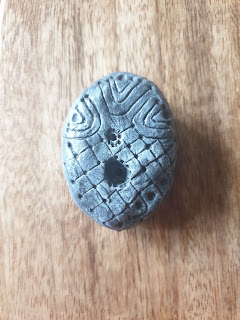 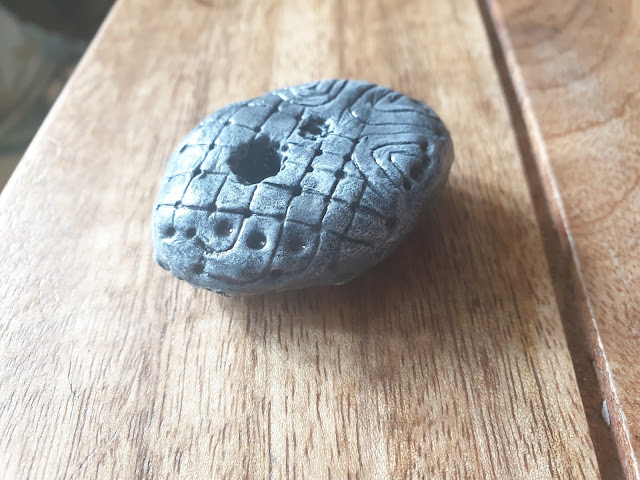 To give a sense of size, here it is in my grubby mit. Basically its a ball of Das and PVA scored and marked with sculpting tools to give the affect you see. I thought it would be nice to have a physical clue during the game. They liked it and it worked well, so it was worth the half hour it took to make. 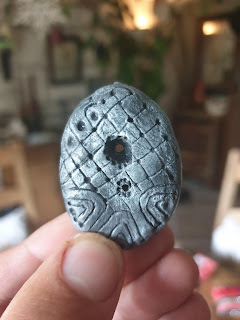 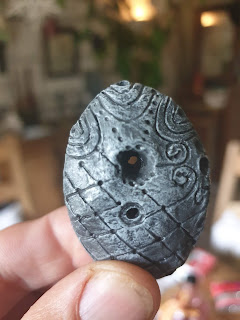 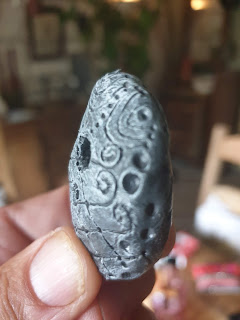 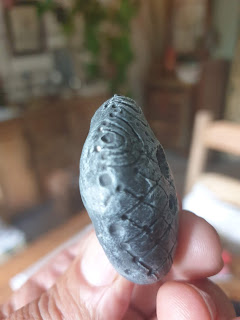