Four Against Darkness: Actual Tiles, or why do I bother drawing stuff? 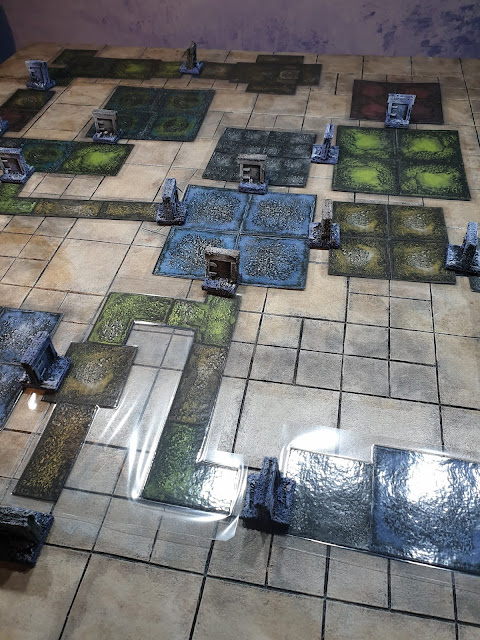 Following on from a post a couple of weeks ago, when I drew a load of ideas for boards to play Four Against Darkness with, I had a think and looked at some boards I already had and decided to do things differently. 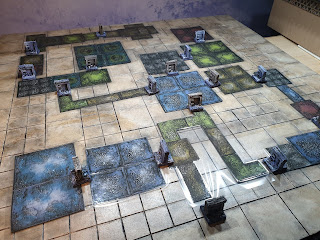 All the boards here were made from a set of 3D boards I made a while back that proved to be too small to play a game on. I had mounted my miniatures on penny size bases and it took all the space up. 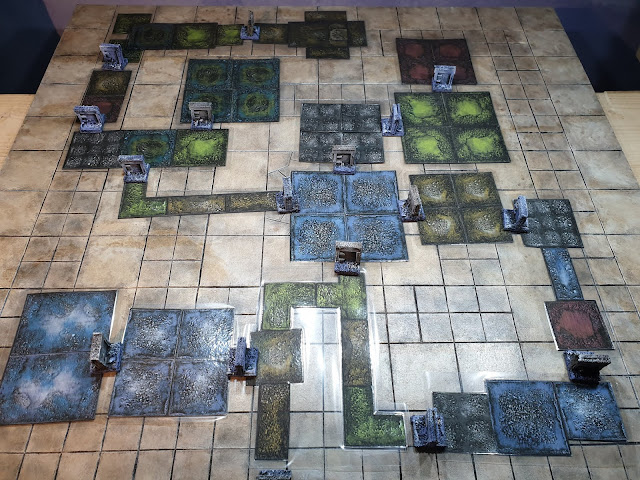 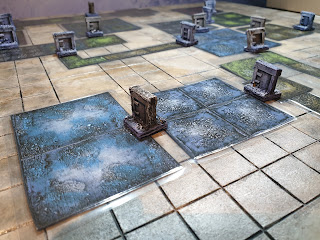 I had the idea of laying them alongside each other to make larger playing spaces and photocopying them on my home printer, 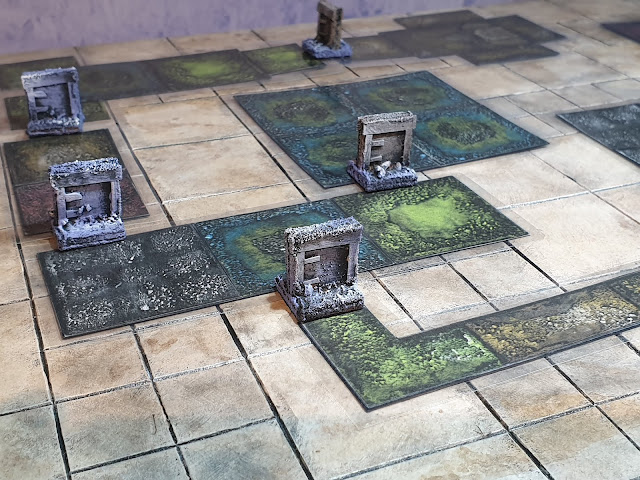 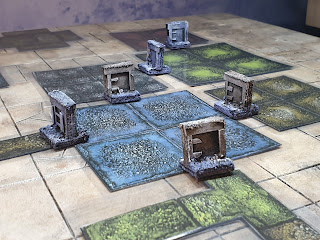 Then I laminated them and added the original doors. 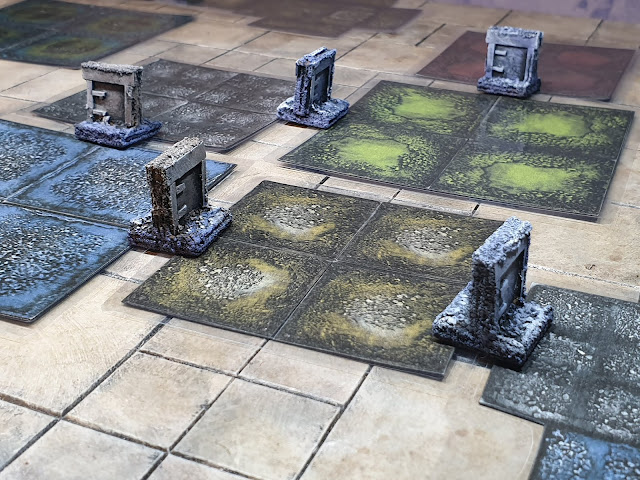 The doors I had already made some while ago when I made the boards. Could do with some varnish sometime in the future. 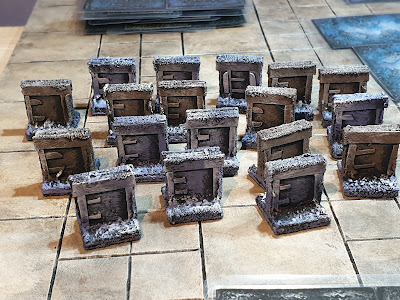 The second half of the set all laid out. 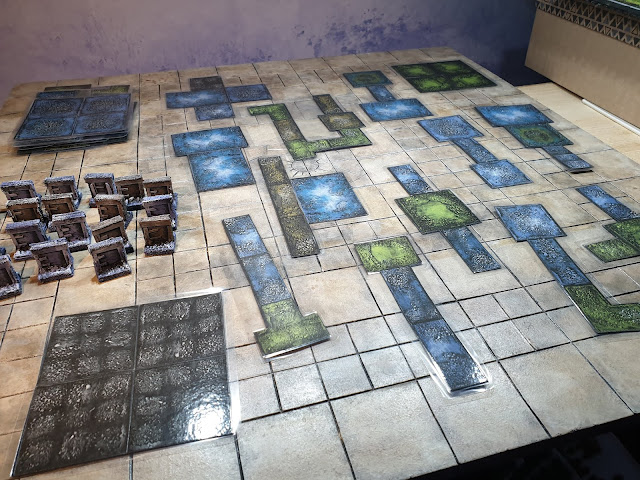 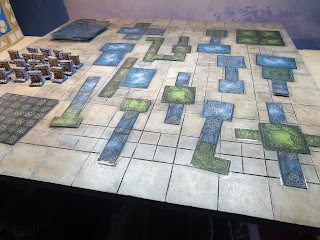 So you could say all that drawing was a waste of time but I think it made me focus on solving the problem which I revisited again at home with more resources at hand. Least that's what I'm going to tell myself :-) 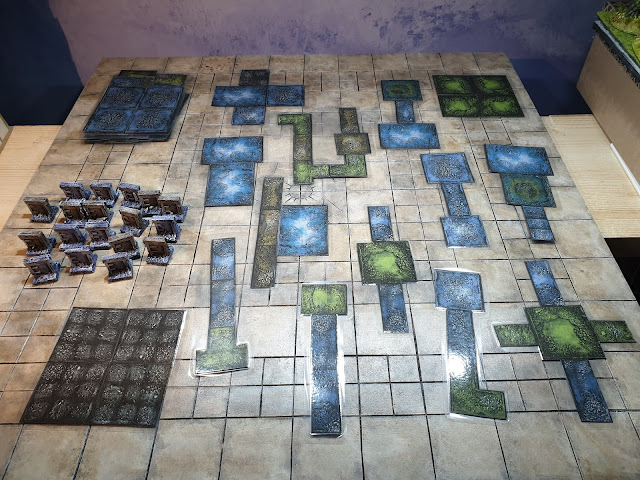 Will be using them to play on in Wales in the coming week, will try to take some pictures.