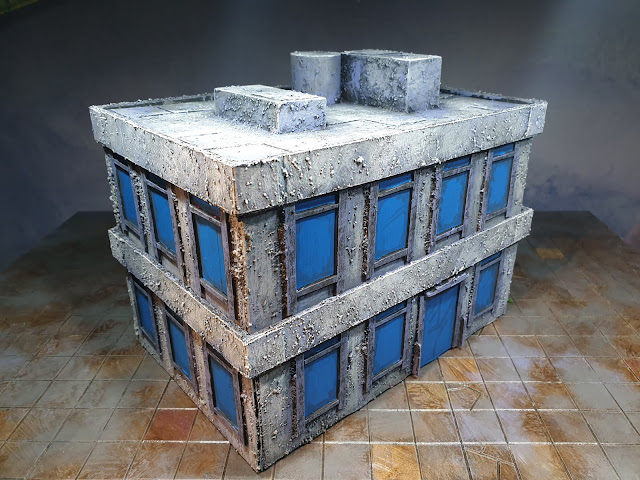 This is the first of the more modern buildings I have been working on and the part of the process I was looking forward least to doing; the painting. 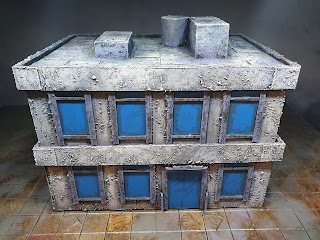 I kept it simple for the moment although I might return to it later and add some further details. 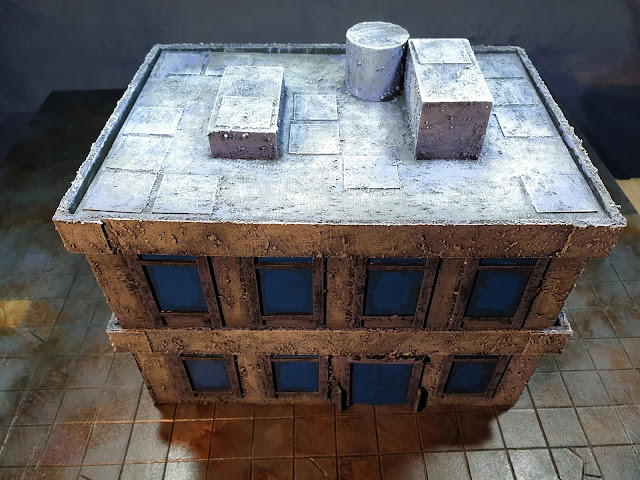 I gave everything but the windows and frames a coat of sandy masonry paint to begin with in an attempt to create a concrete type effect. 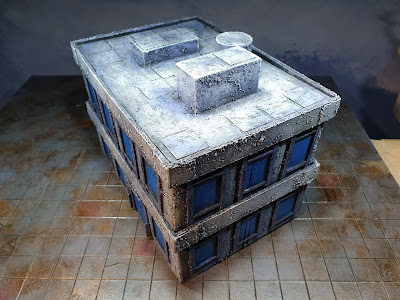 Then painted greys of various hues until I finished with white.

Looking at the image below I realise that the join in the cat food box is clearly visible despite being filled with card. The next one will have to have something else done to it as I don't like that, perhaps a piece of card inserted into the window, the same size. 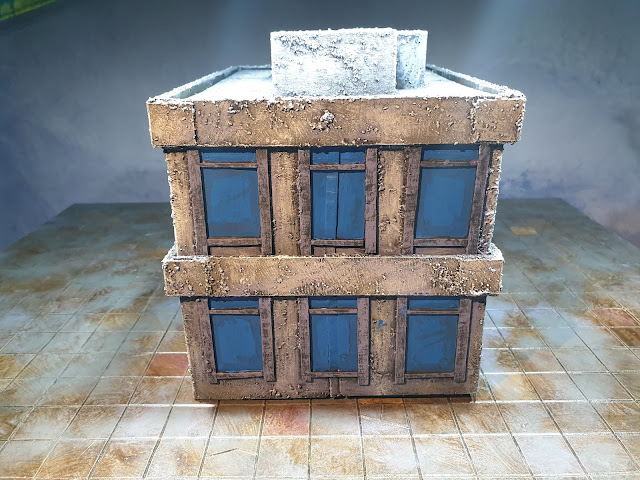 The windows were just blue then washed over with a black, very watered down. 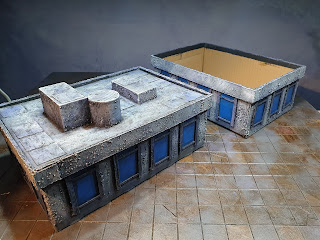 Still not sure what to do with the inside quite yet, at the least I should give it some colour. The roof also comes off, so there will be that one to think about as well. 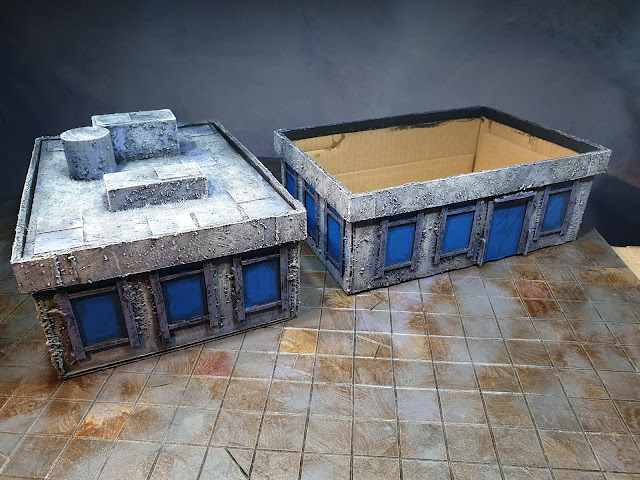 I have already built a load more carcasses and need to add the details next, will post again on this topic when all the construction is complete. Overall I like them, but do worry that they may not get used that often and are very much dedicated to only one scale, 30mm ish. Only time will tell I suppose.