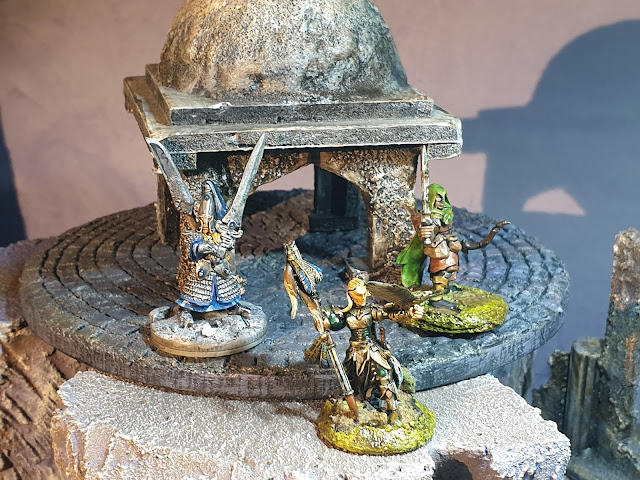 Here are the three models we've been using to represent the characters in our current D&D campaign which is in its third year now. 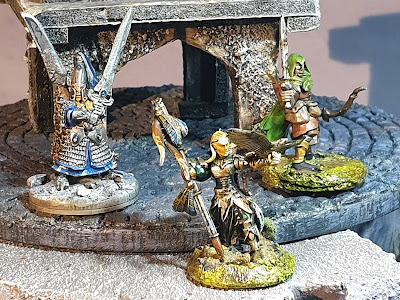 Yulmanda in the middle here is the constant in the group, she has been in nearly every game from the very start. 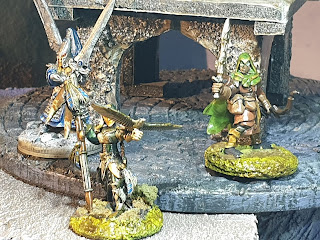 Master Shin joined the group a year and a half ago and Nox in the last 6 months. 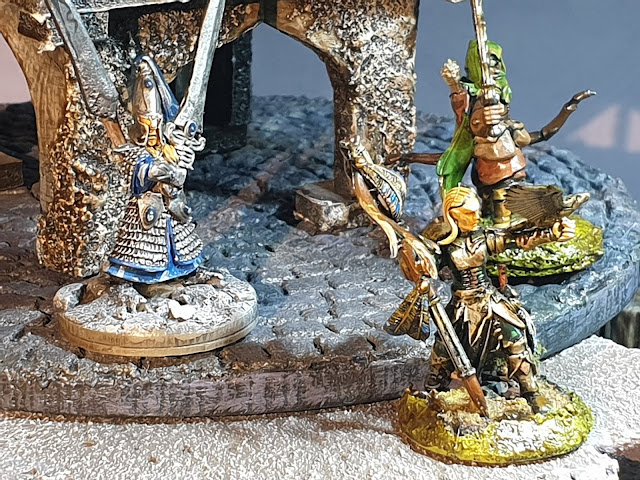 Previously Yulmanda had had two other companions, both of which had gone off to pursue their own interests. (same players though- explanation, used prepared characters for first part of game and then took option to create their own character at an appropriate moment) 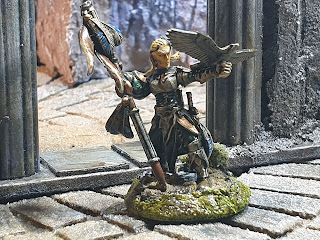 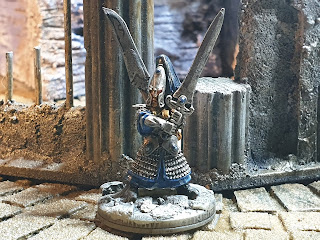 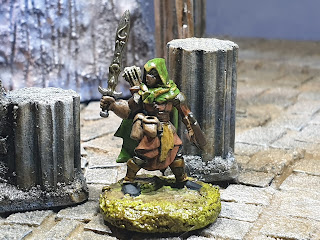 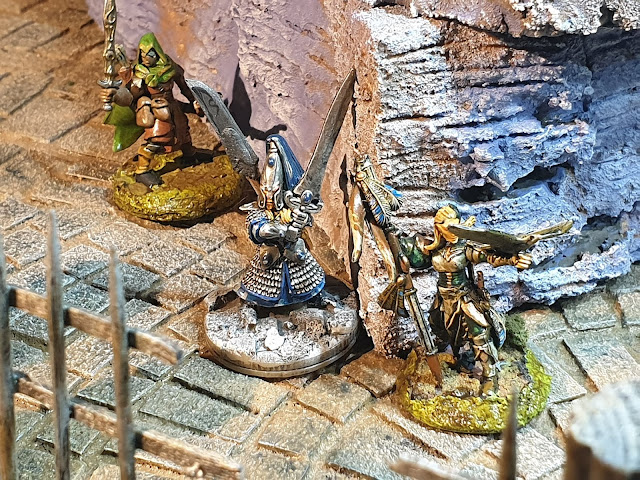 Yulmanda (Wood Elf) is the groups Druid, Circle of the Moon (8th Level) 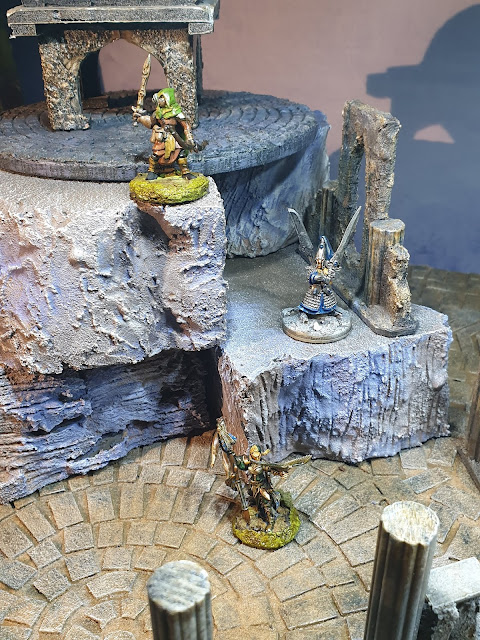 Shin, or Master Shin (Human-Shou) as he is often referred too, is a Battle Master Fighter. (8th Level) 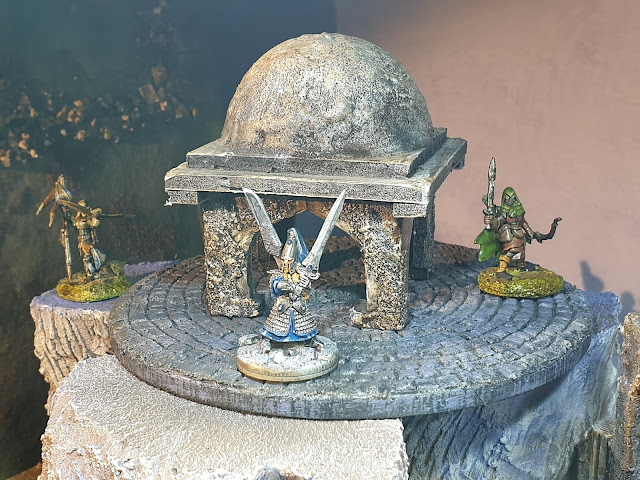 Nox (Changling)is a mixture of Gloom Stalker Ranger with a hint of Rogue. (8th Level, just) 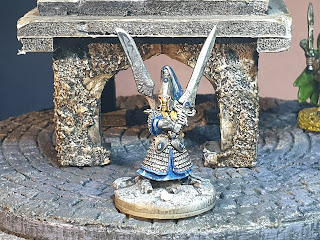 Shin is a GW High Elf Swordmaster with a new base and a hand made glaive on his back. 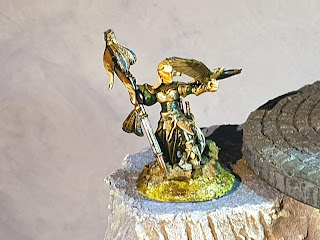 Yulmanda is a GW wood elf archer with an 10 mm Eagle from LOTR Battle of Five Armies and some GS. 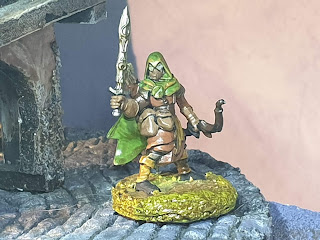 Nox is half GW high elf and wood elf with extra bags and pouches of GS. 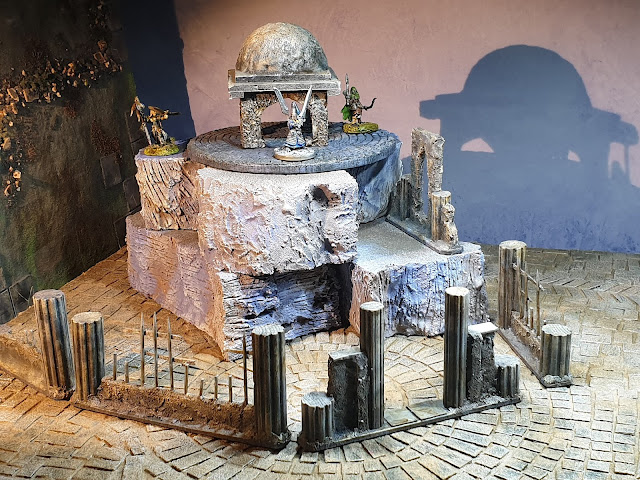 So that's our little group and we've managed to keep playing during lockdown over Skype. We've racked up 24 hrs play in last few weeks, far more than usual infact.