Started this Giant quite some time ago and it was been languishing in a box, then a shelf, back to a box and finally to my work area where I decided it had to be finished no matter what. So here it is. 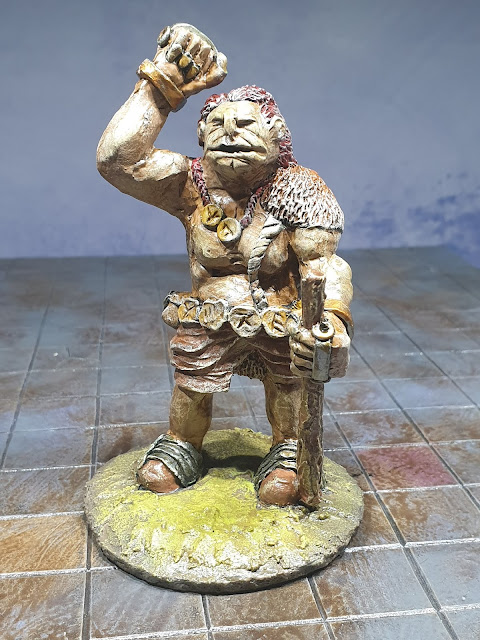 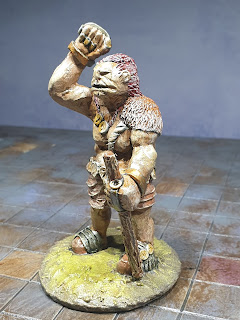 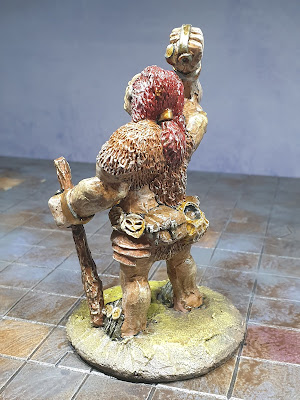 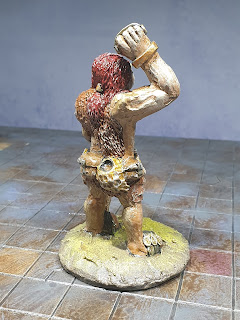 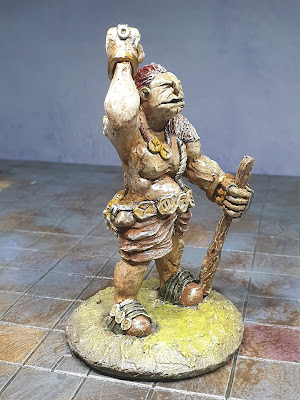 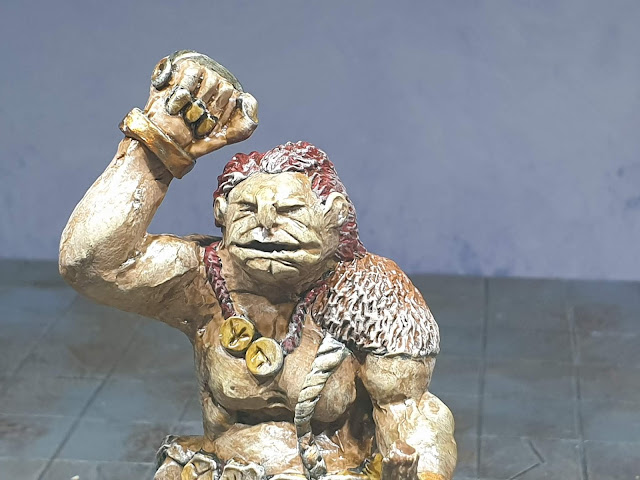 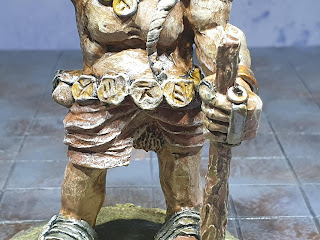 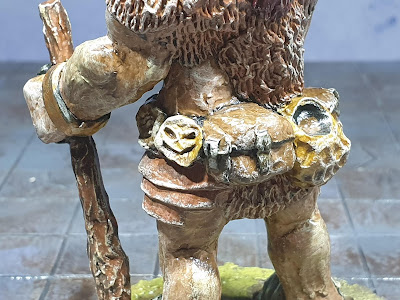 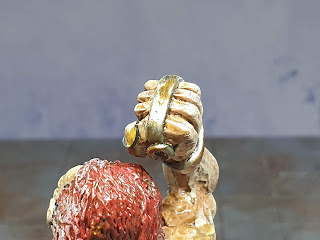 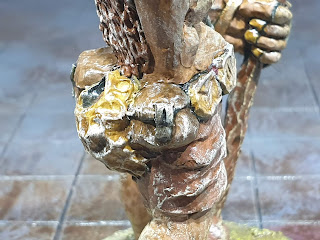 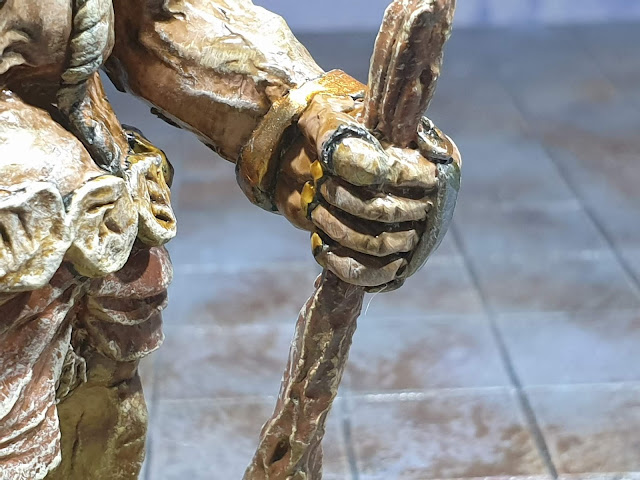 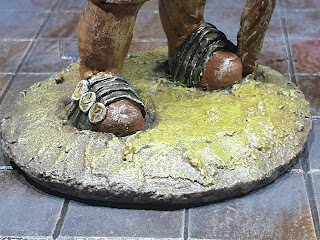 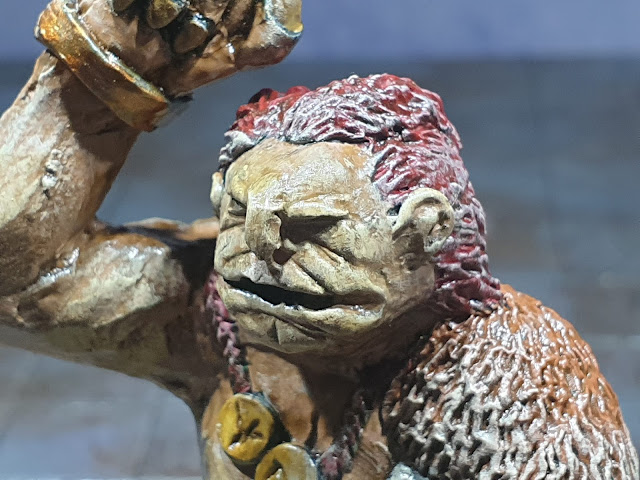 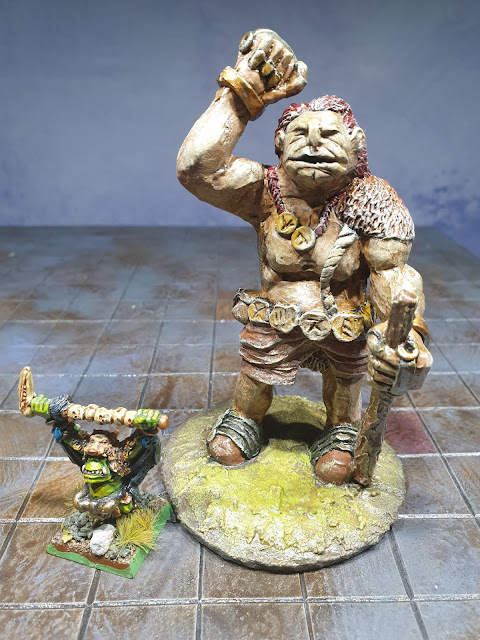 I posted here a while back about the initial sculpting, such as it is, but I had to do a load more and not with Das and PVA. To create the hands I used GS as I couldn't get the shape well enough with the Das. I think that I could have created a much smoother look if only I had taken a little more time and care to be honest. I feel that the face in general lets it down, but it was a bit of an experiment as it was all sculpted in Das and PVA, so perhaps I am being a little hard n myself.

So using Das and PVA together has worked, sort of, just need to do more practice and keep developing technique as well as patience.

Whatever happens I'll have no problem using him as a giant for Saga, Frostgrave or in my D&D games, on the other hand its not a model I'm proud of or would try to sell.