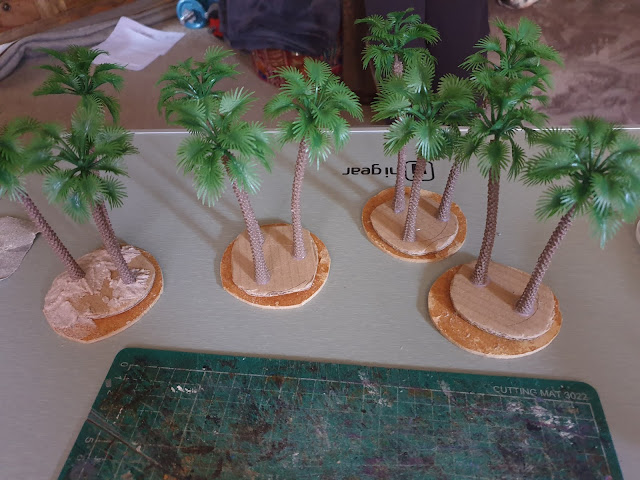 Some time ago I bought some very cheap plastic Palm trees through Ebay and put them in a box with the intention of basing them and making them look half decent. I knew it could be done because when Wayne and Luke had built a rather nice coastal board a few years back they had used the same trees and they looked the job. 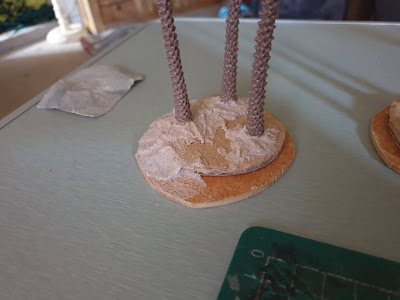 First I clustered them into groups of 2 or 3 and mounted them on CFBC.
Then I realised that was not strong enough some added a hardboard base, because that's all I had. Ideally I would used 6 mm MDF, but I don't have any at the moment. 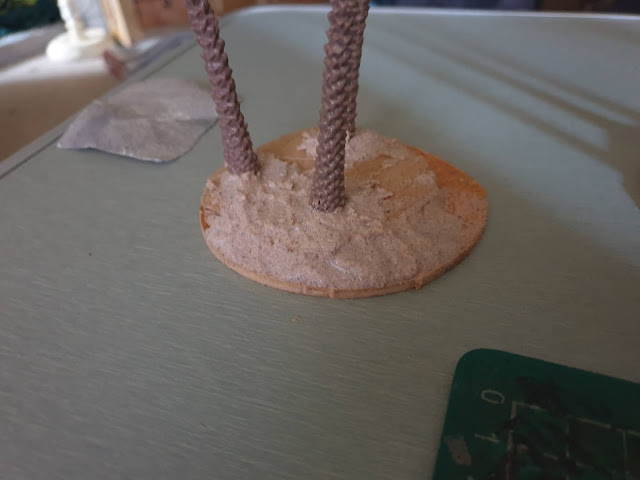 Then I filled the spaces and textured the ground with sand and PVA. 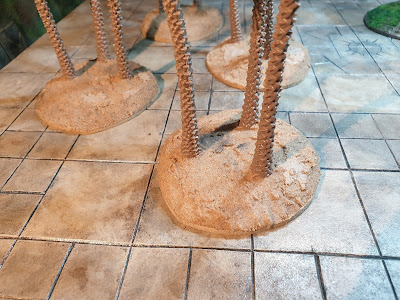 Although I would recommend Luke's modelling compound, but then I would because I work for Geek Gaming. 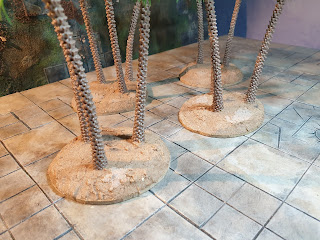 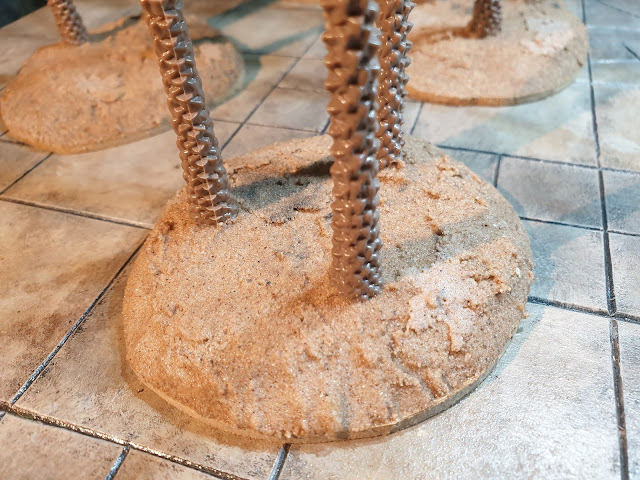 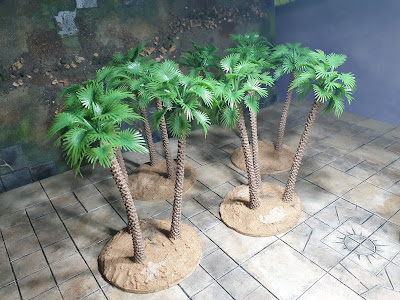 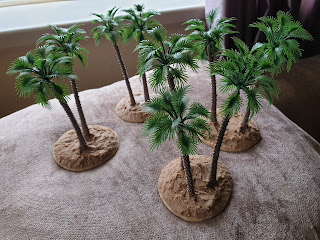 There you have lots of pictures of the stands of trees I made and modeled. 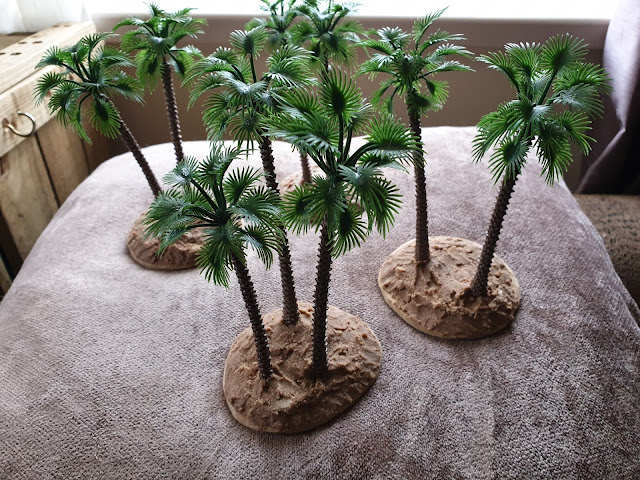 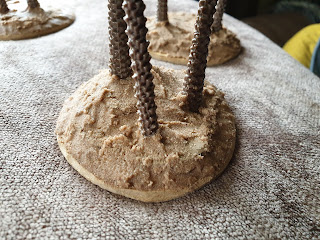 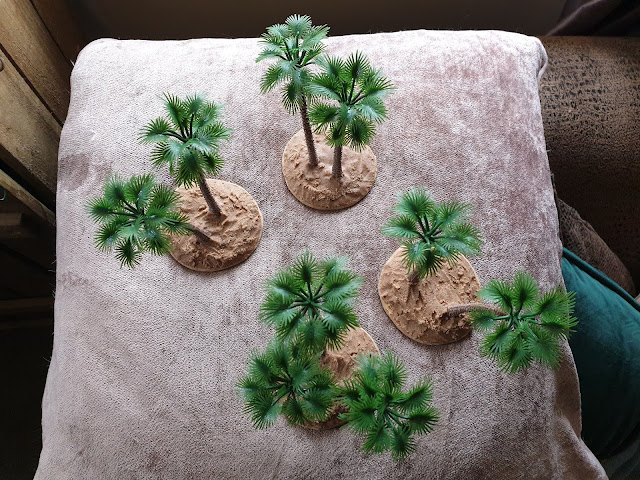 Next I painted the base with a Moccha brown from B&Q, I don't work for them. 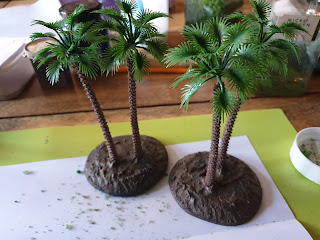 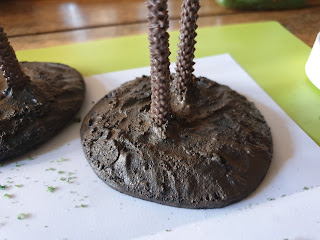 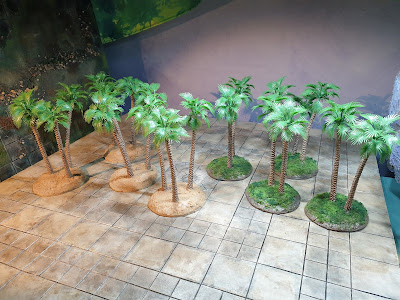 Finally I used foam flocks from Geek Gaming again to create the ground cover under the trees. 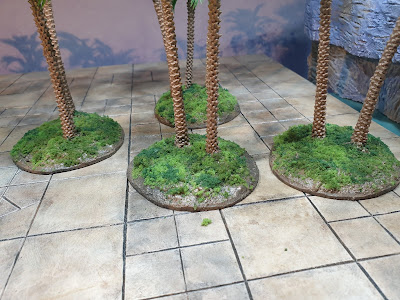 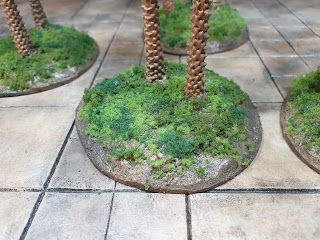 I had intended adding some stain wash to the foliage and bark, but never got round to it. 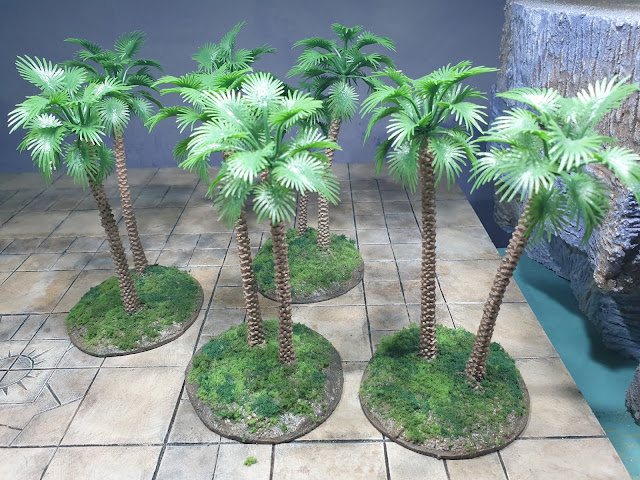 I made a total of 8 stands of trees which will be more than enough for my games, either war games or D&D and cost me about £10.