Had a great day yesterday, played over at the Grid in Doncaster.
Played Tom, Alex and Darren and got roundly beaten each time, but had a good laugh. 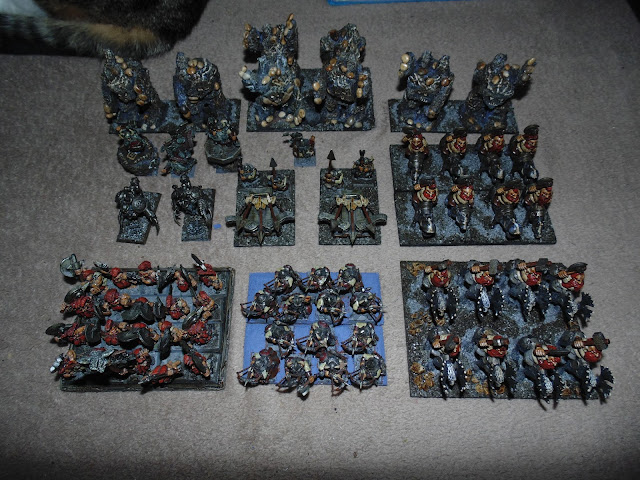 I took my slightly revised dwarf army, but it did not cut the mustard, as it were, and in the end I came last out of 8 and Luke who came with me from WWarriors came 7th.
Not a good day for dwarfs, Luke has an all Slayer/Berserker list. 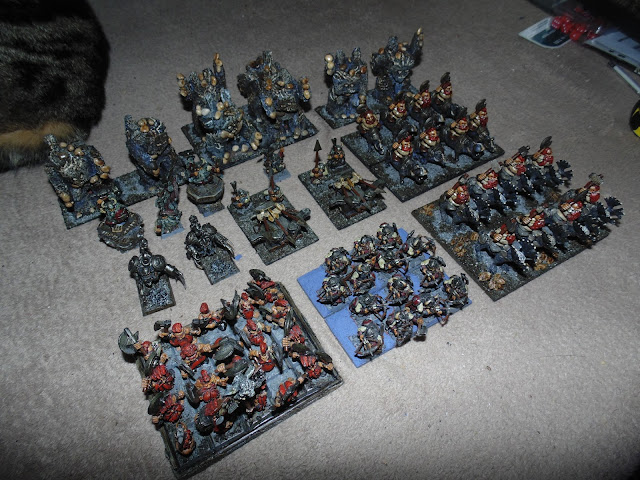 Tilly refused to remove herself from the pictures and I felt the Dwarfs had already lost enough fights for the time being, so she stayed :-) 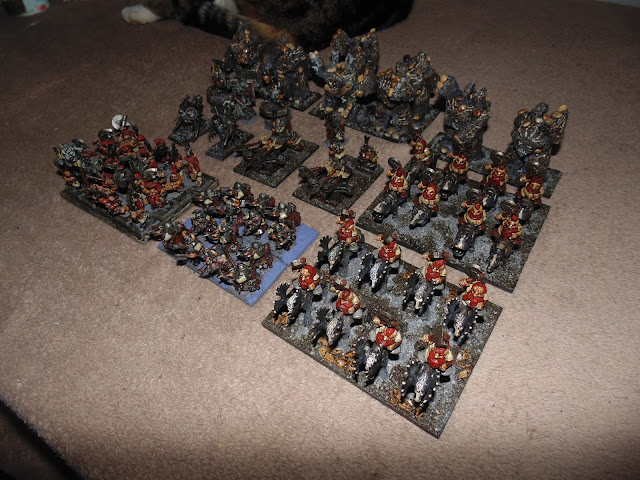 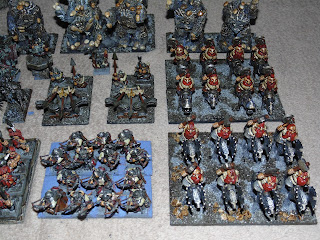 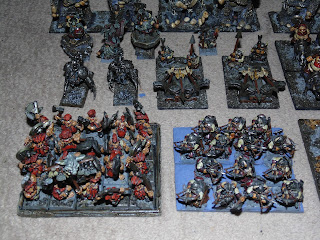 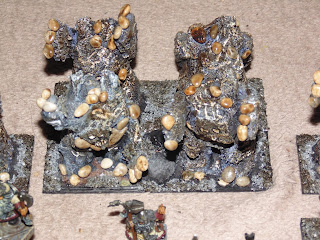 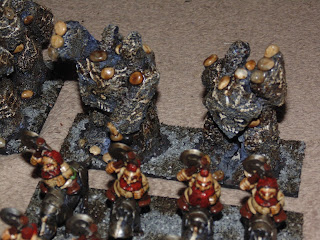 Will post some close ups of the new finished Earth Elementals tomorrow, they really still need some lichen and other bits to finish them. 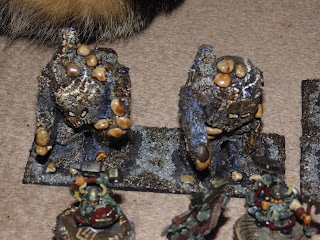 Email ThisBlogThis!Share to TwitterShare to FacebookShare to Pinterest
Labels: Event, Kings of War