Here is my first game with my Nature army, well 1500 points of it. I played over at WWarriors on Monday night, and it seemed to go OK really. 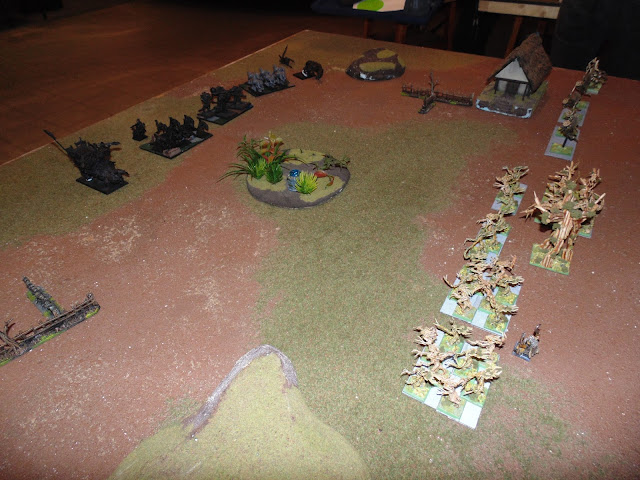 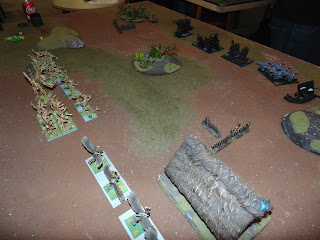 We were playing the dominate scenario from the rule book.
So we had to get as many units close to the centre as we could by the end of the game. 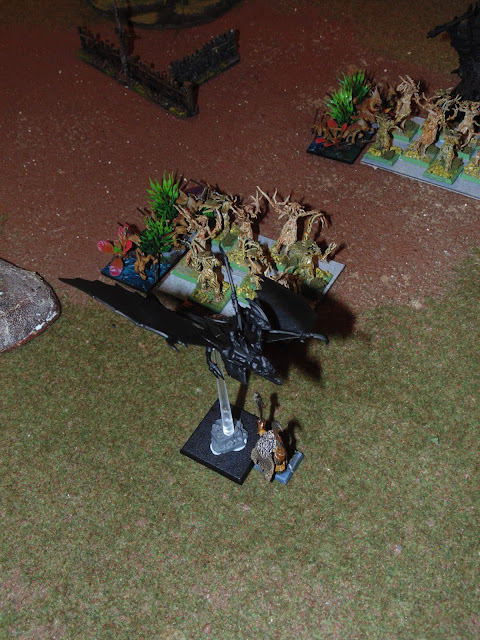 I missed quite a few picture chances in the first few turns, so stay with me. Basically nearly all my army has vanguard, so they all took the opportunity to get to the objective first. 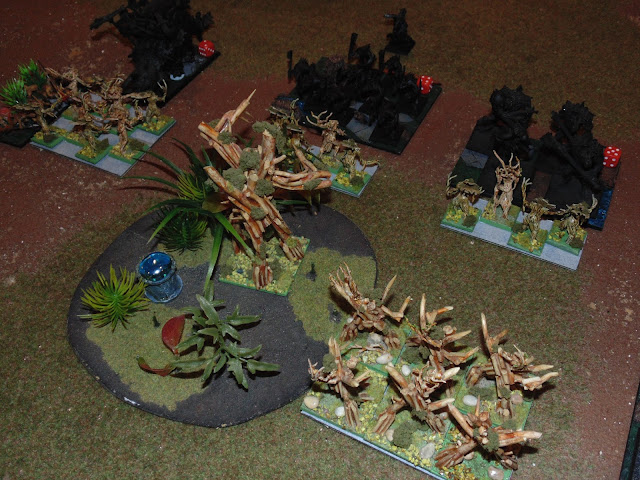 The hunters  managed to put quite a few wounds on the salamander units and secured the objective. 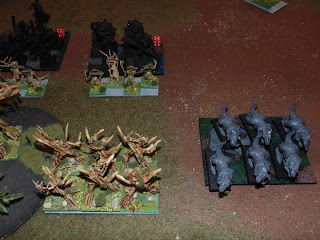 But they began to get outflanked, not good. 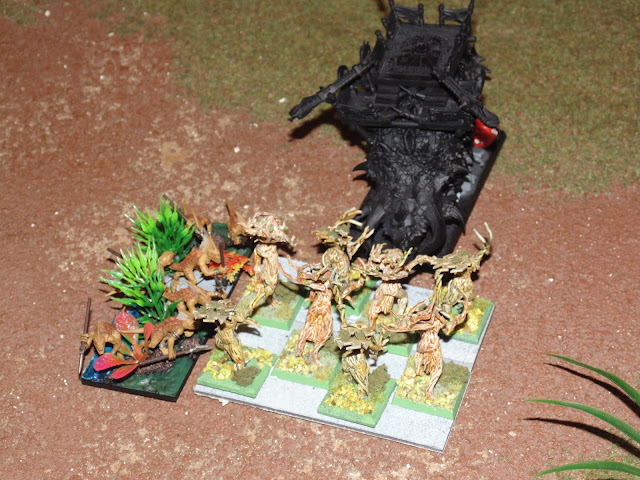 May be rushing forward was not such a good idea.. 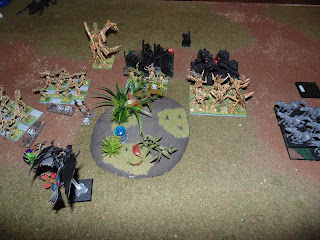 However they managed to survive and the left flank looked healthy. 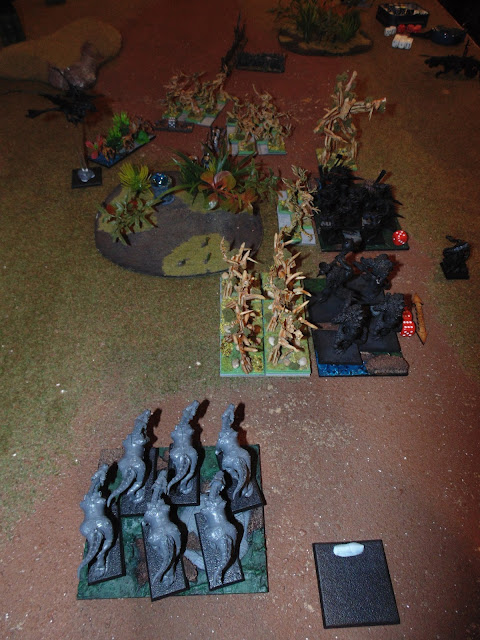 The right flank looked like it was going to fall to pieces however.
The black base by the way was a rather nasty character on a huge dinosaur, but it had stability issues so we let it sleep them off. 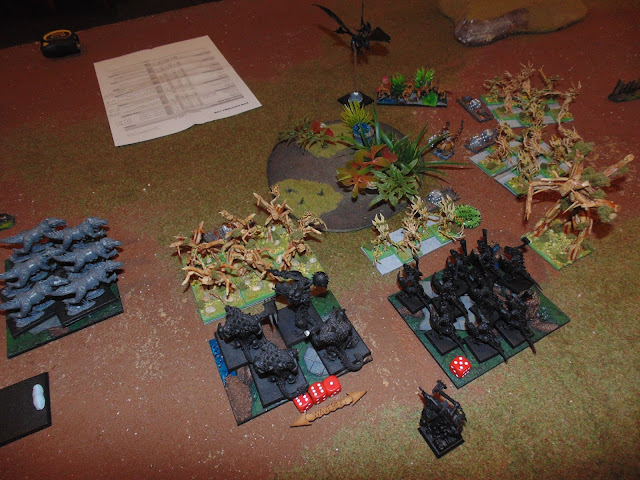 Just before several units routed off the board. I feared I was going to be destroyed. 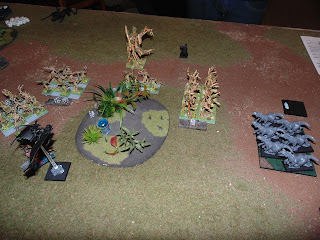 But luckily the units to the front were all wiped out. 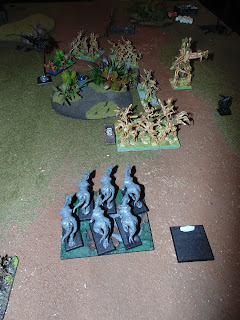 Ever get the feeling you're about to be squished? 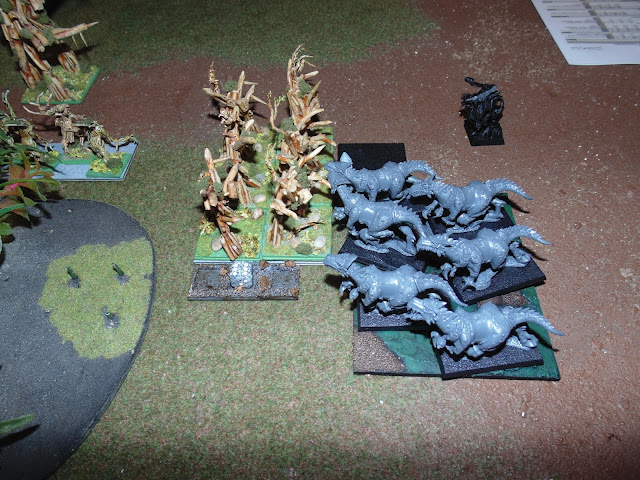 But the Shamblers managed to hold on! 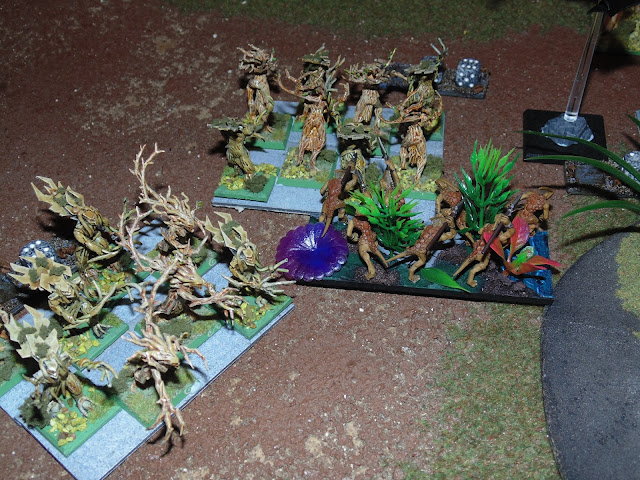 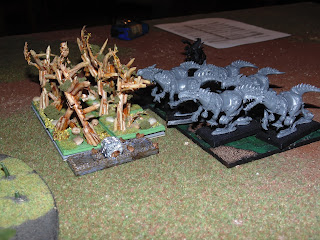 The rest of the Nature army swept around to aid the shamblers although they were all wounded. 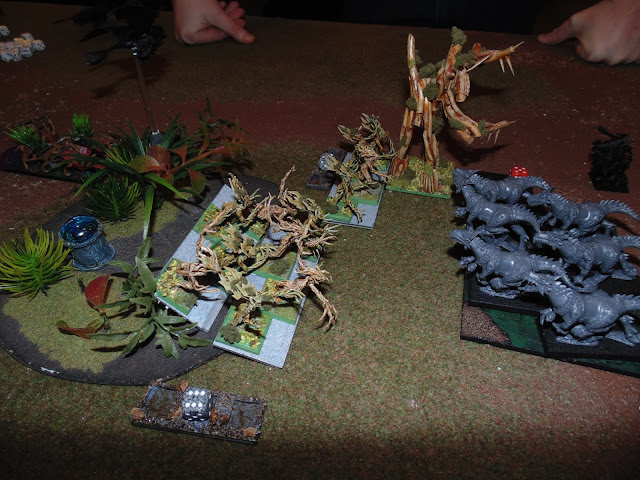 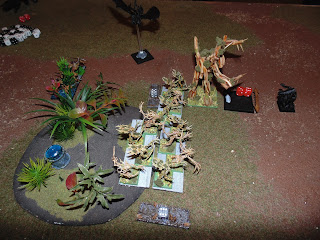 At the last the Tree herder was left being shot by the last 2 units Kevin had, slowly peeling the bark off him. They did a very effective job. 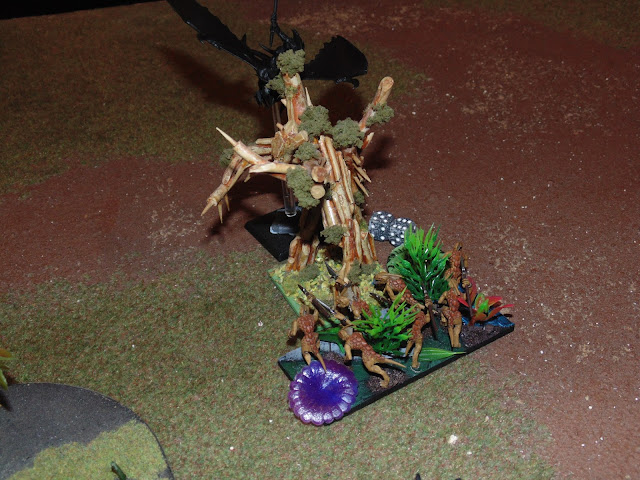 If the game hadn't ended I would have lost rather than ending as a draw, so well played Kevin, great game. 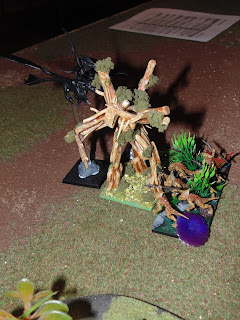 Well the greatest thing I learned was that I need more Druids and more inspiring generally.
Also that I needed quicker Druids, they just couldn't keep up! So steeds next game. Or perhaps a flying Unicorn!!!! 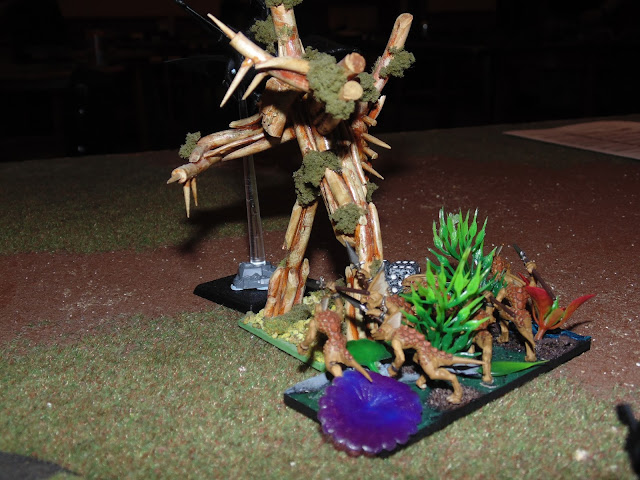