After I played with the Chariot horde a while ago and realised its limitations I decided to alter how I had based them so that I could use them together as a horde or as 2 regiments. 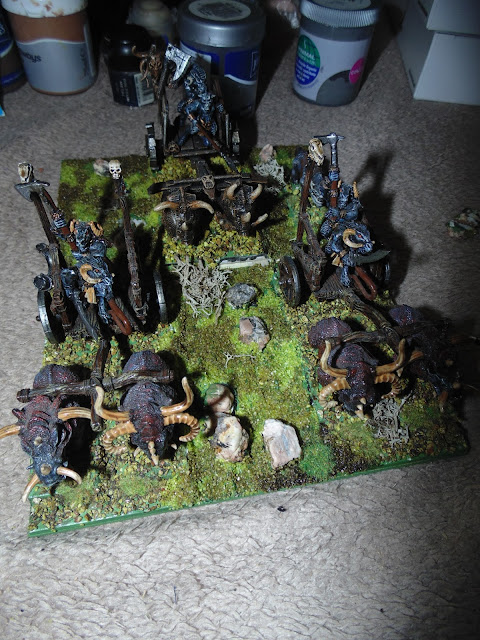 Above, how the chariots were based. Below how they're now separated after a lot of hassle!Had to cut them by hand with a stanley knife,  resting on a towel, hardly pressing for fear of breaking the models! 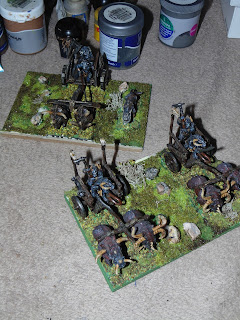 Initially I thought just add another dog or something to the base with only one chariot, jobs done. But then I got to thinking. 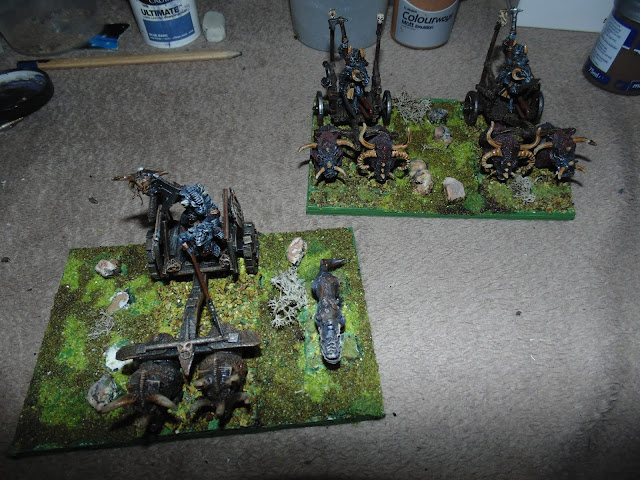 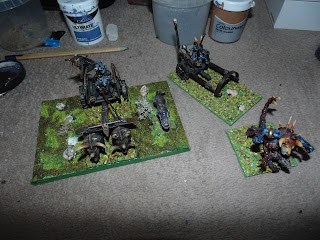 I have a half complete chariot body.
I have, what passed for a chaos beast thing, what if I put them together? 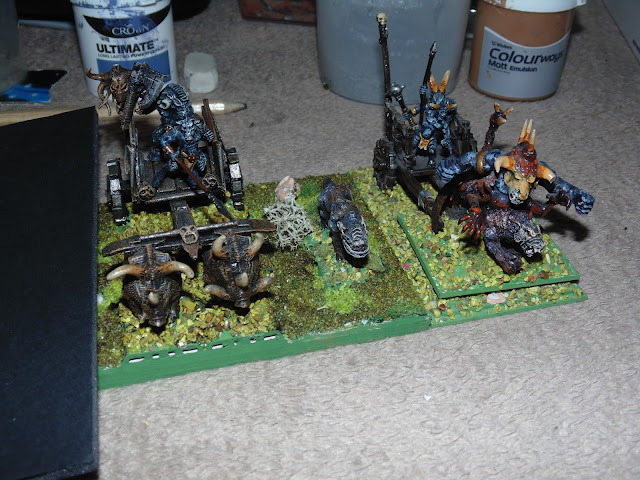 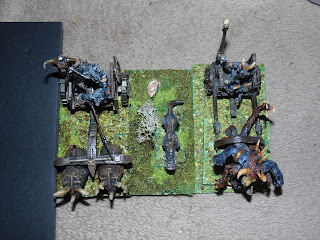 So the intension is to run some board under the original, having cut the first 50 mm of the base on my band saw, then add the new chariot to the other end, as you see here.
Will post when complete.