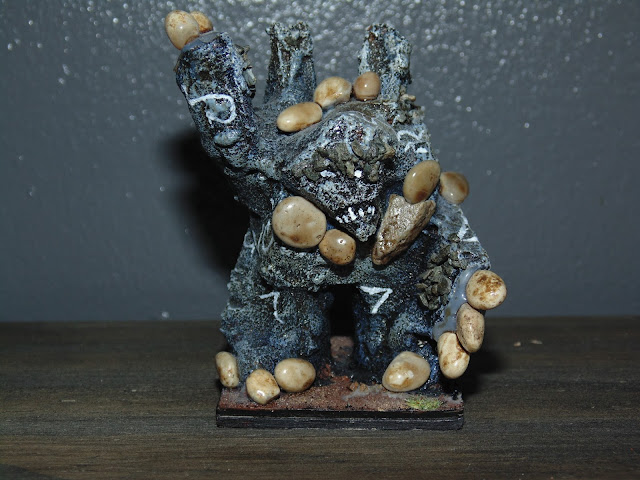 This was the first Earth Elemental, although at the time I was just messing about with off cuts of foam board and PVAcrete, that I created for Quest. But it had obviously deposited a seed of an idea in my mind and 2 years later this monstrosity has become the template for my re-make of the Earth Elementals for KOW.
No more bears, although they will be moving into a Herd army I have planned for future. 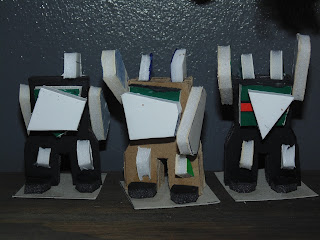 Initially built from scraps onto a card base. 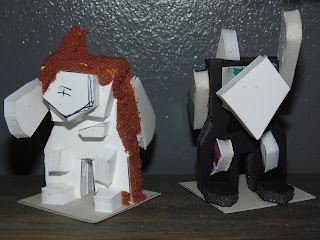 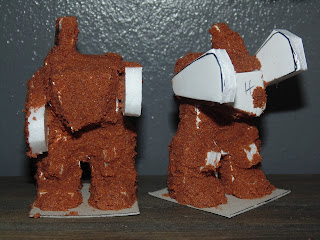 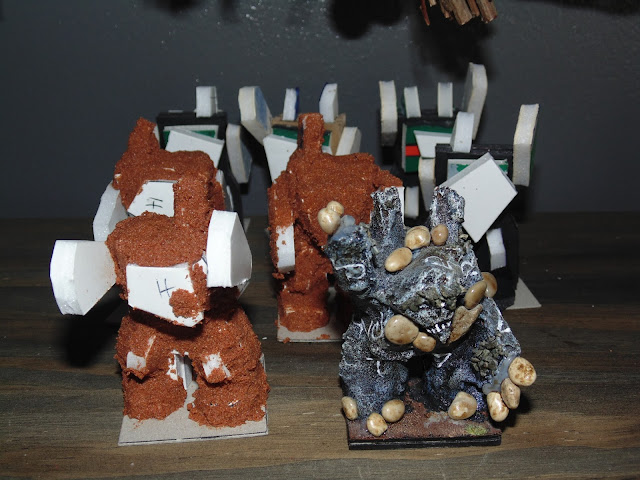 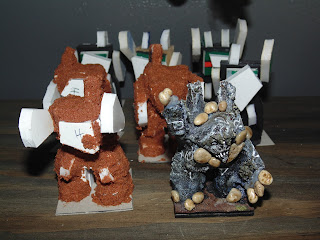 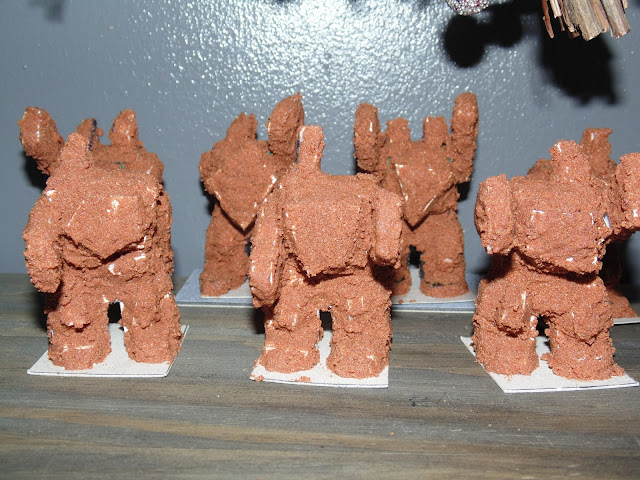 Next stage will be undercoating in black. 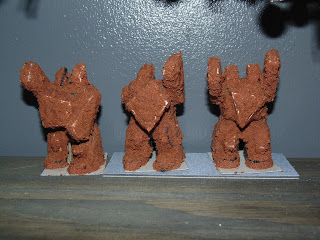 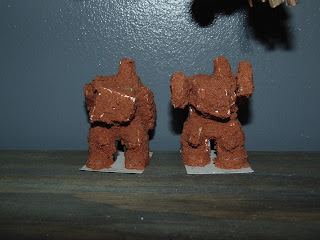 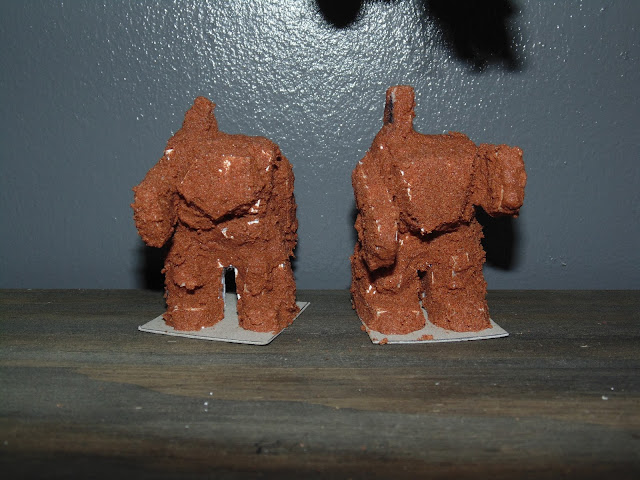 I really need these finishing before Sunday as I am playing in a tournament at The Grid in Doncaster.
Recon I can do it ;-)