Have been taking my box of models to play Frostgrave to the club for some time now and more and more the smaller items are in danger of getting broken. So I have had them in a few small boxes to keep them safe. 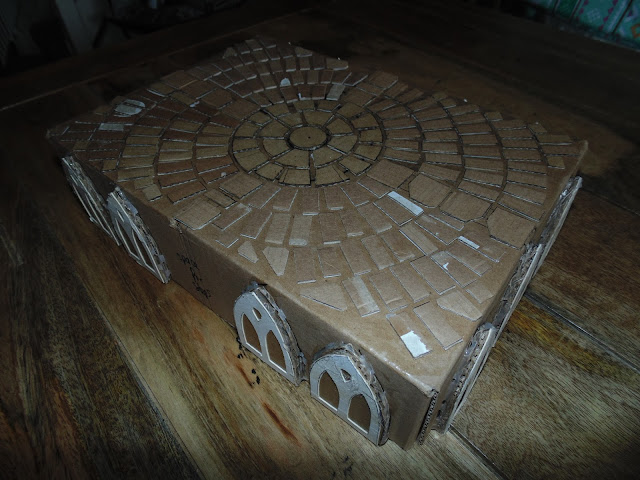 Then I had an idea, why not use a cat food box to store them all in together. Initially the idea worked but then I had a further thought that if I made the box part of the playing area it would serve too functions. I liked the idea of that, however the cat food box was really not doing it for me so I went to a box I had saved from work. I had already started to add a few details to it but this yesterday morning around 06:00 I found myself cutting and sticking like a madman. 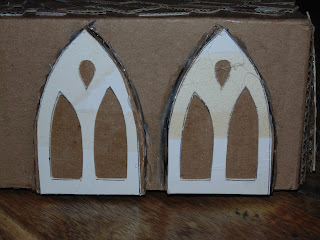 The arches were already done, then started adding the cobblestones and today just need to strengthen with PVAcrete to complete then paint. 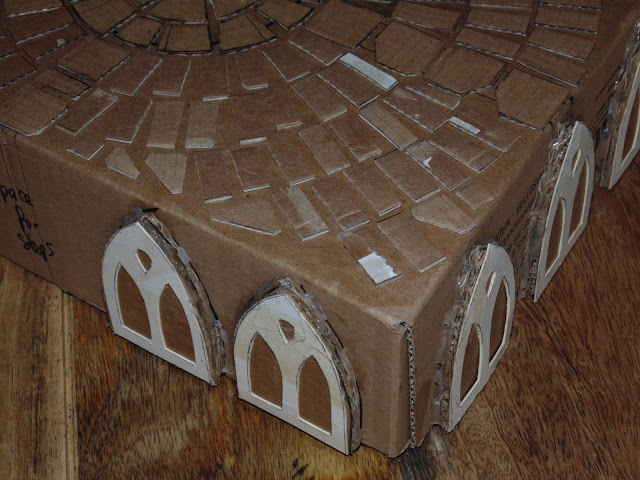 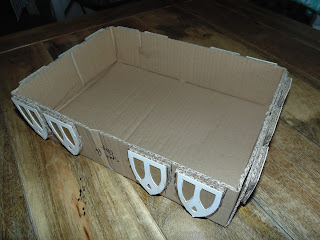 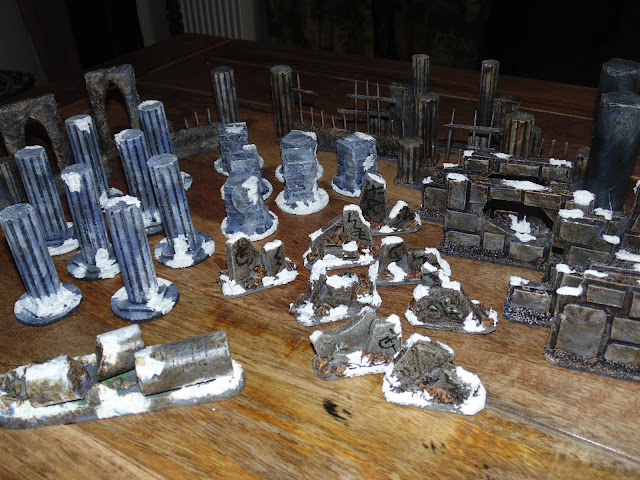 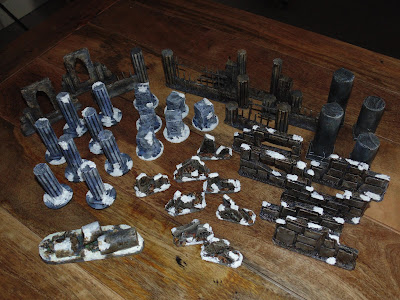 All the small terrain in the box. 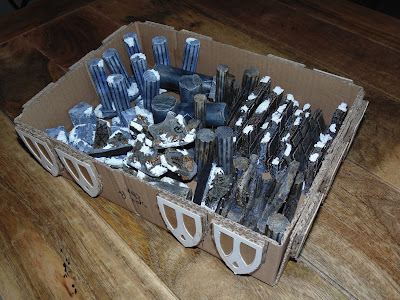 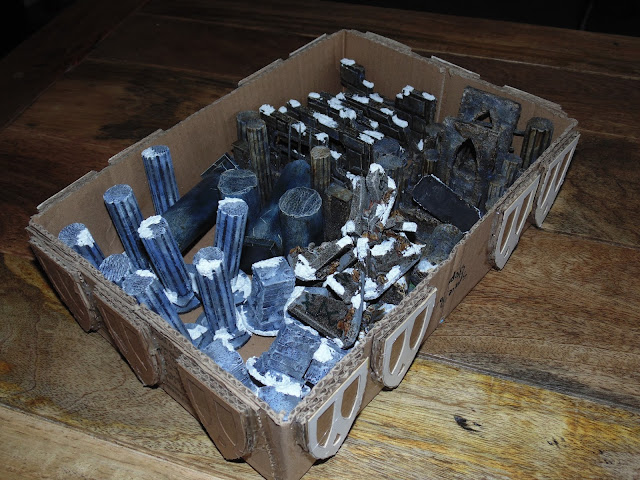 This is what I have so far, all it needs is painting now, which I will try to do Sunday.
Posted by Darryl Hunt at 00:39