Having found that I have a glut of Goliaths, I decided that Necromunda might not be the only thing I use them for. Later this year, I believe the new version of Warpath from Mantic Games is out and I have to say I fancy the idea of having a go. So I may use the Goliaths as a force in their own right, a well as for Necromunda. 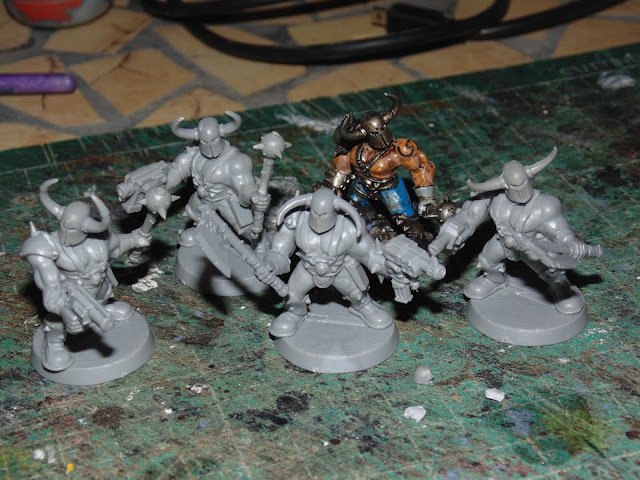 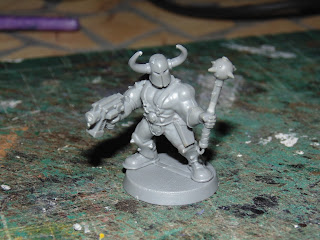 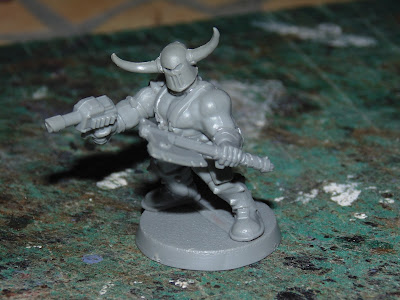 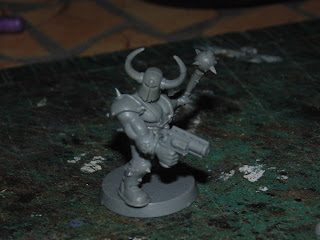 Below the unit leader. 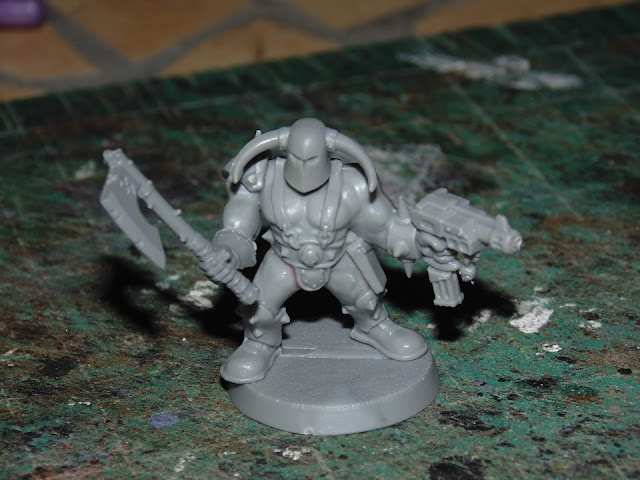 So I have been putting 5 Goliath juves together so that they can become a unit in Warpath hopefully.
I have removed their heads and added Chaos warrior heads and one hand and added a more nasty hand weapon. I think that angling their heads makes a huge difference to them, they look far more animated.