Had a smashing game Monday night over at Wakefield playing Dan with his Alliance of KoM and Rhordia. We played a 2000 point Invade scenario. 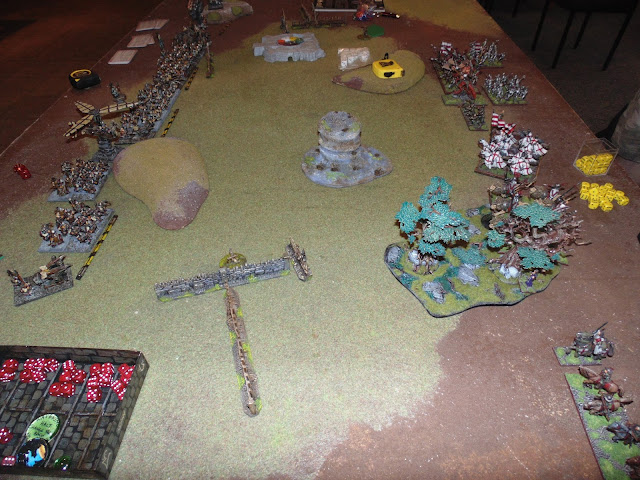 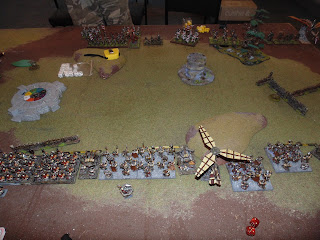 Not going to go into too much detail in this report, just the main tactical bits. 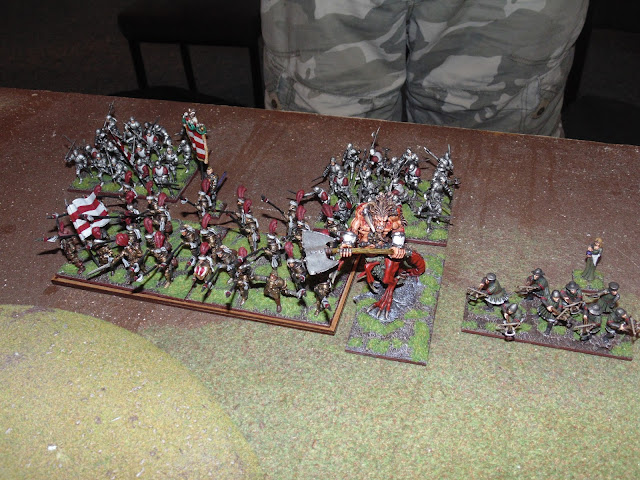 Dan's beautifully painted army which I have played 3 times now, twice in tournaments. 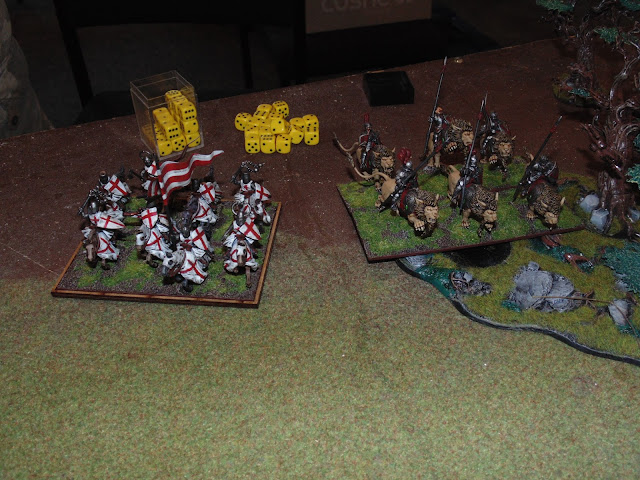 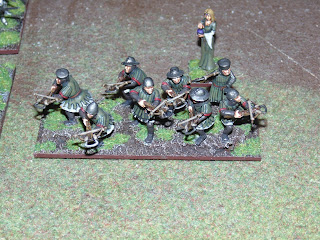 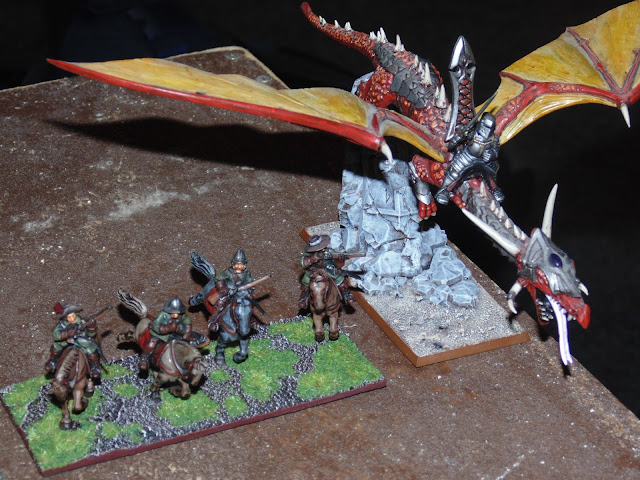 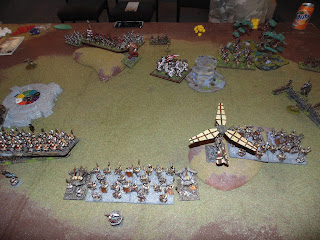 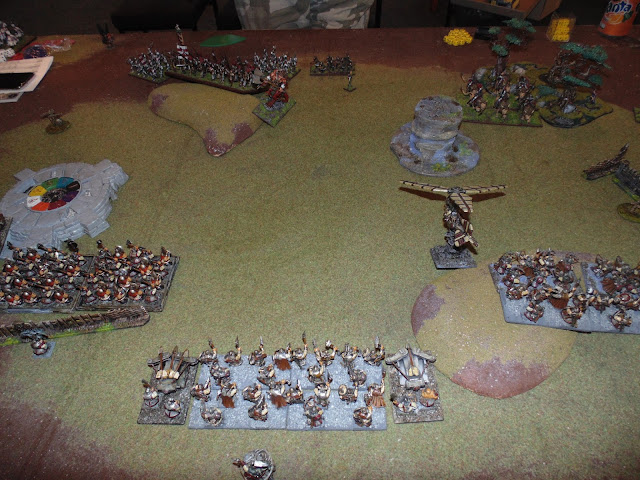 I was very worried about the knights in the centre and the Honour guard on the right flank. Luckily after a round of shooting I had wiped out the Knights and managed to waver the Honour Guard. 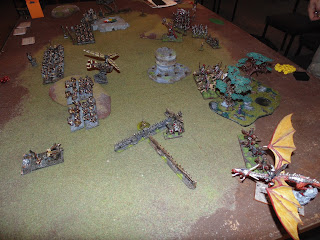 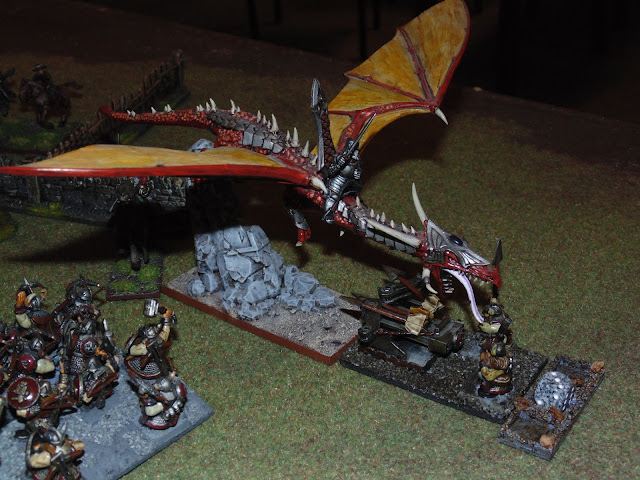 However on the far right the Duke on an Ancient Winged Aralez managed to close on my first organ gun. Its a gonna! 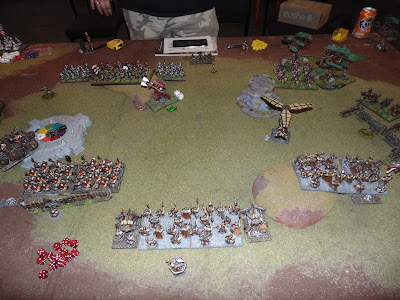 The last nasty unit that had grabbed my attention was the beast of war in the centre, but again by careful use of focused fire I had managed to waver that too. 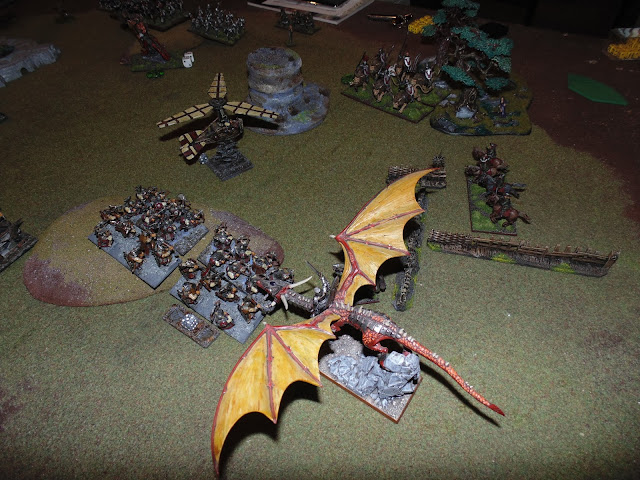 The Duke on the Ancient winged Aralez had my first ranger unit in its site, but I decided to risk their loss in order to wound the Honour Guard again. 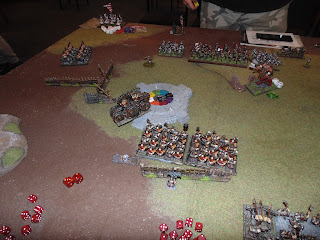 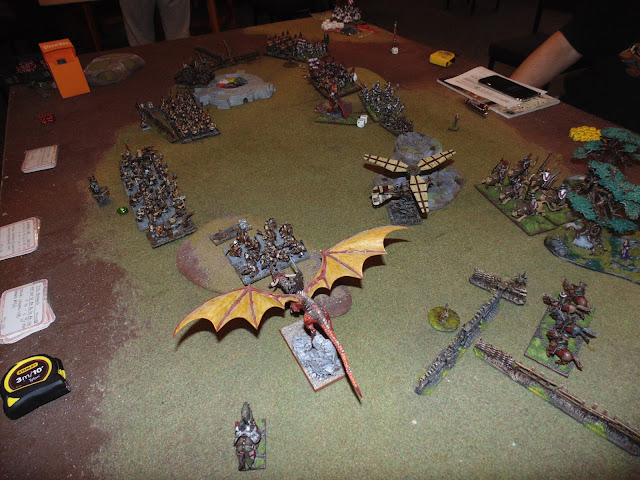 On the far left flank the Brock riders charge into a regiment of Foot Guard and with the help of the Berserker Lord rout them. 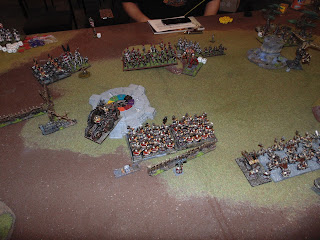 The centre of the battle moves very little, I was waiting to see what would happen with the beast of war and the Honour Guard. 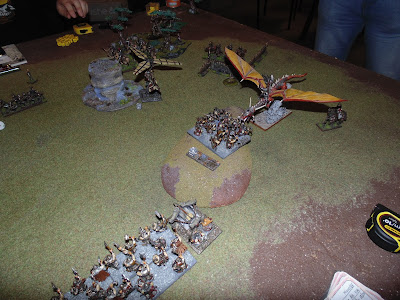 The Honour Guard were wiped out by the shooting from the Flame Belcher and the remaining rangers. 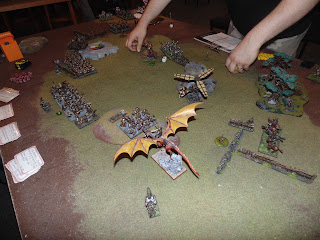 While the Beast of war was wavered again. 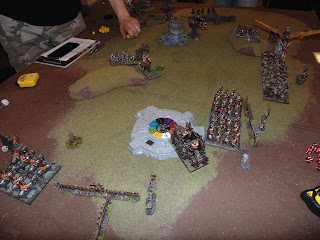 With the second ranger unit gone I had to make a decision, how would I deal with the Duke on his beast? So I turned the ironwatch crossbows to face him, really just to stop them being flank attacked. 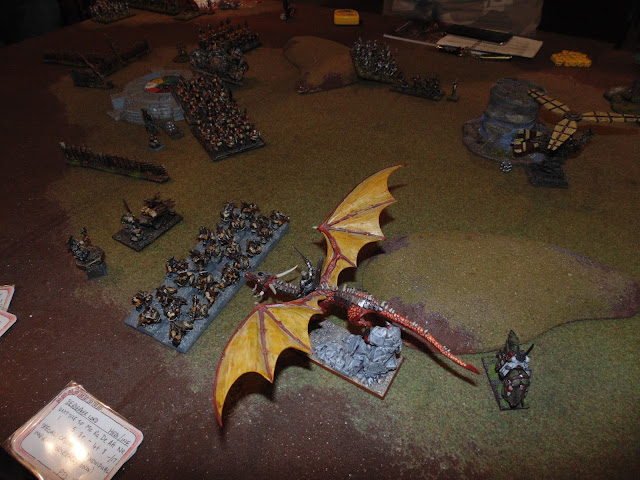 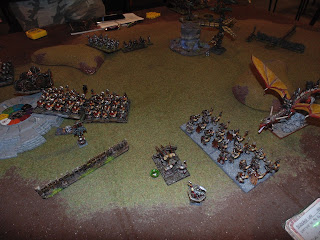 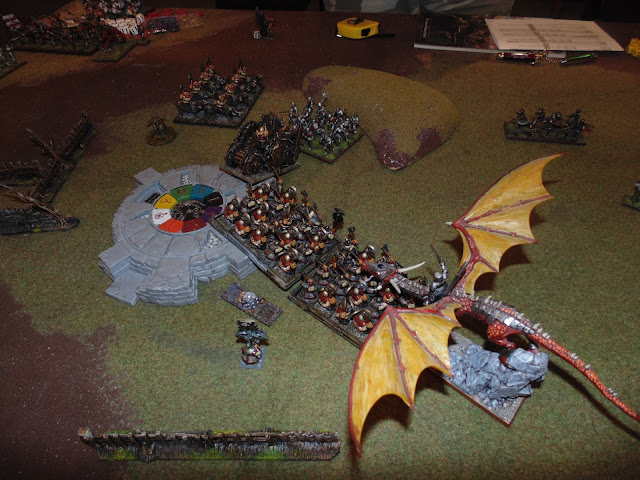 So Dan attaked the Ironclad in the flank and I hoped they could take it. 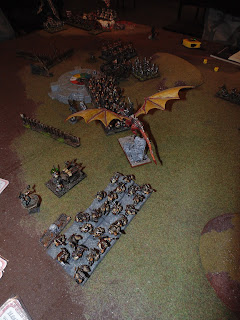 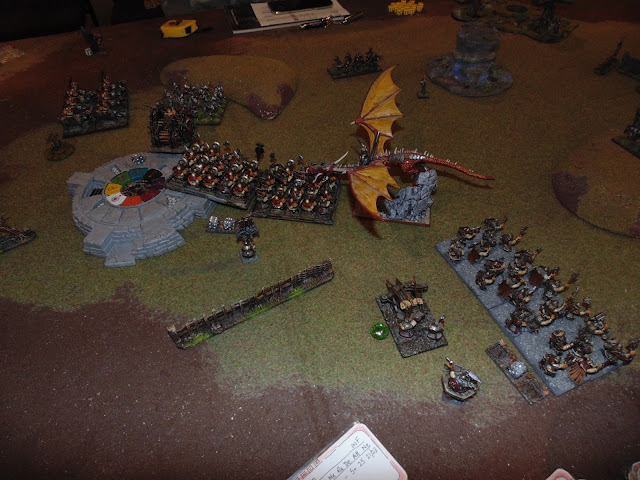 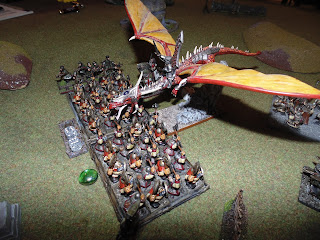 They did and counter charged but failed to rout the Duke, next turn saw their demise, oops! 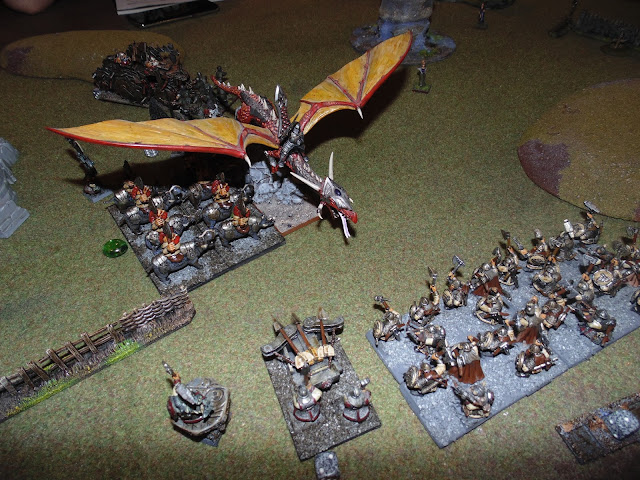 This is where I took my eye of the ball. Strictly speaking I should have placed the Brocks in my opponents half, gaining points and probably winning, however I wanted the Duke. 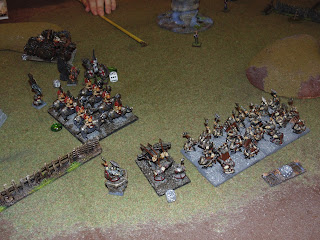 And that was my last action and meant that when we totted up the points Dan and I had drawn the game. I have to say it was a fun game and Dan, as always, was a gent, so a draw in such circumstances was a smashing result. 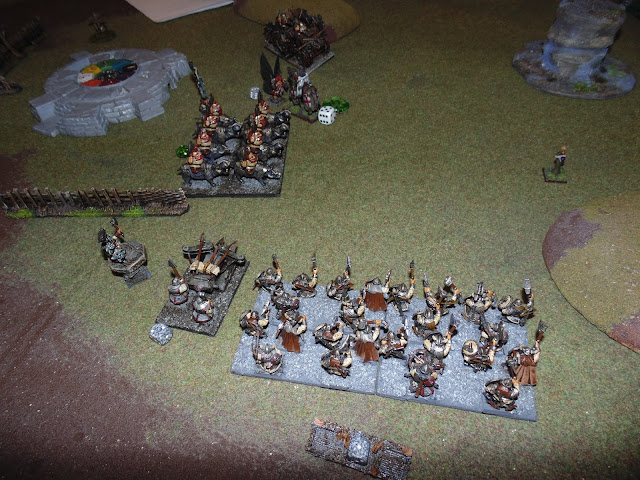