This is my first attempt at creating a character for Starport Scum and as I put this together I can feel plot lines developing, double crossing broken hearted, horror. Look forward to creating a couple more characters and playing a game or three.
Perhaps watching Kill Bill recently has influenced me :-) 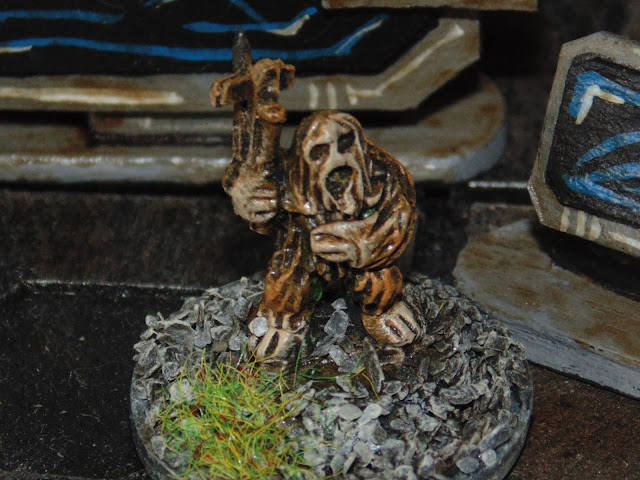 Poobacca
Hero
Background:
Poobacca was an extensively traveled individual, who was lonely, but at peace with life until he found love in the form of N'Binyo, his unusual partner. However only after a few short years of life together Poobacca found his life ruined by The Mud Brothers who kidnapped and then subsequently murdered his love when they realised neither Poobacca or N'Binyo had any real assets. Since this incident Poobacca has spent his time trying to track the Brothers and exact revenge. His only clue so far is that the Mud Brother Raiders have been sited on the planet Sarin. That is where he is enroute to presently. 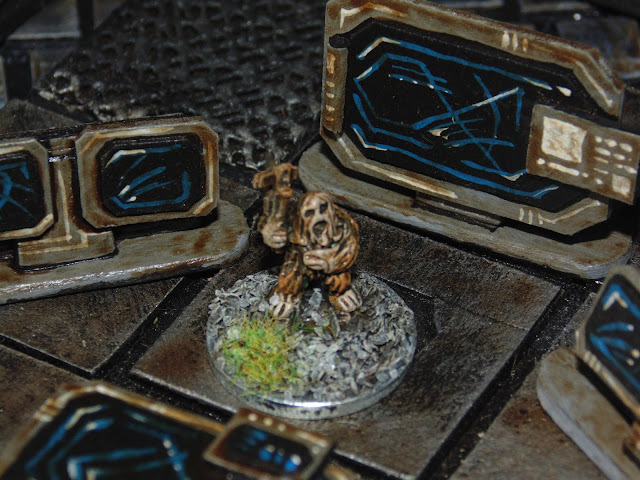 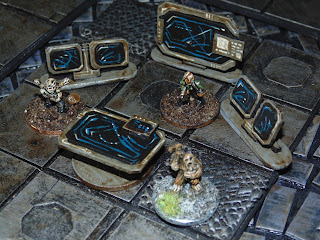 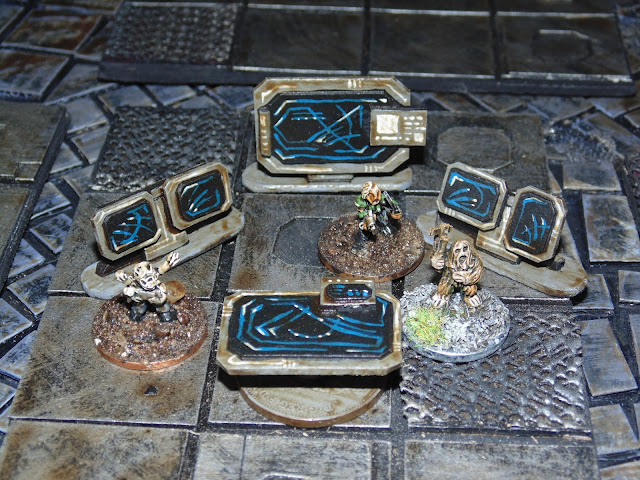 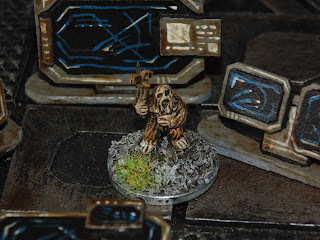 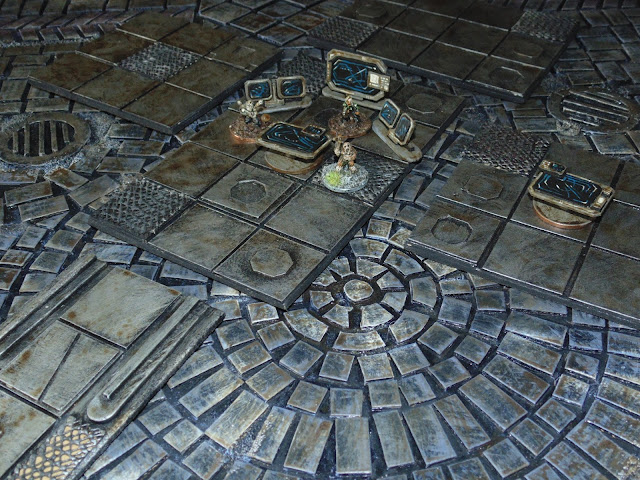 Next time I will be detailing two of Poobacca's compatriates. The two you can see in the wider shots.
As you can tell I am going to be using my home made 10 mm miniatures to play Starport Scum.
Posted by Darryl Hunt at 03:23