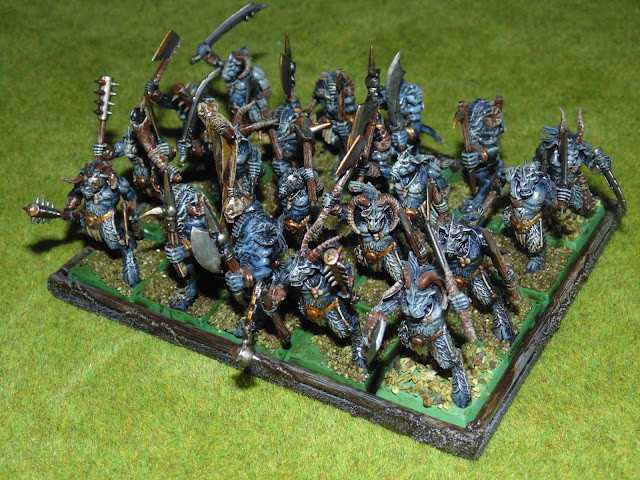 So these are the Spirit Walkers for the Herd army. The first thing I realised when I came to looking at them afresh was that I had mounted them 20 to a base on 25 mm bases which gave them a larger than necessary footprint. They should be on 100 mm by 80 mm, I had them on 125 mm by 100 mm: which, on the new bases, does make them more manouverable and a tad smaller so they can support other units better.

Also because I needed less models on the base, now only 12, I get another unit out of the models I had left over, so now I have 3 units of Spirit Walkers looking like this. 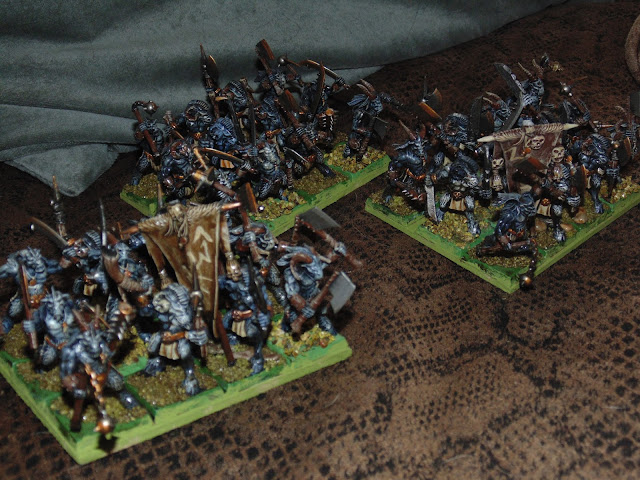 Spirit Walkers are what you call a "glass cannon", they move 6", charge 12" and have 20 attacks as a regiment, hitting on 4+. Sounds good so far, however they have a Def of 3+, which makes them very vulnerable both to shooting and to counter charges. At the regiment level they have  a nerve of -/16 which means they can't be wavered and have a fairly high rout level compared to most infantry units. 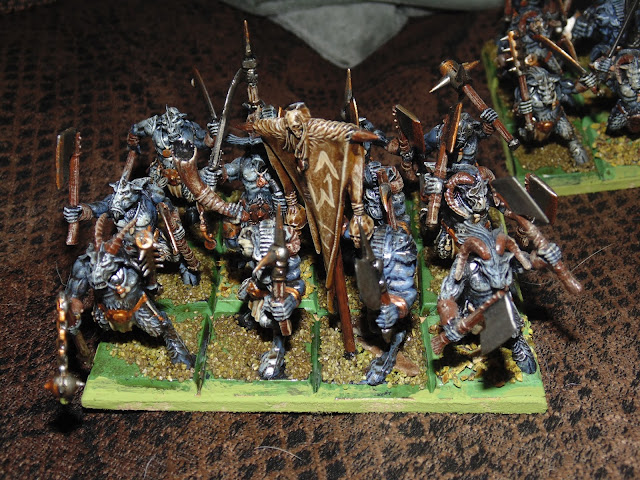 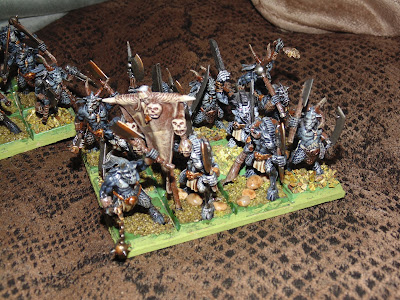 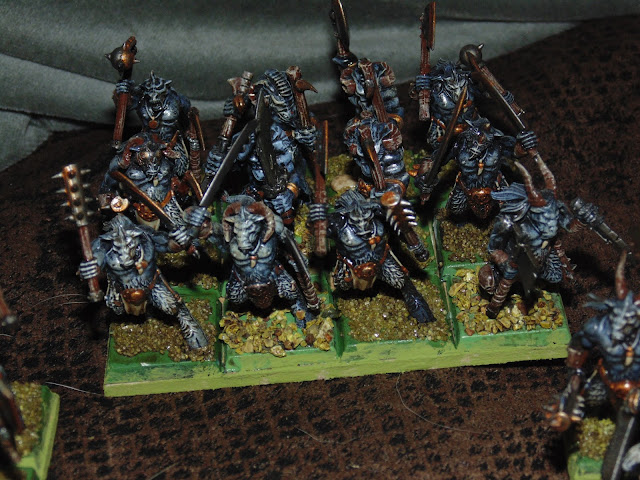 Haven't explored the idea of having a horde of SWalkers, maybe something I do in the future. 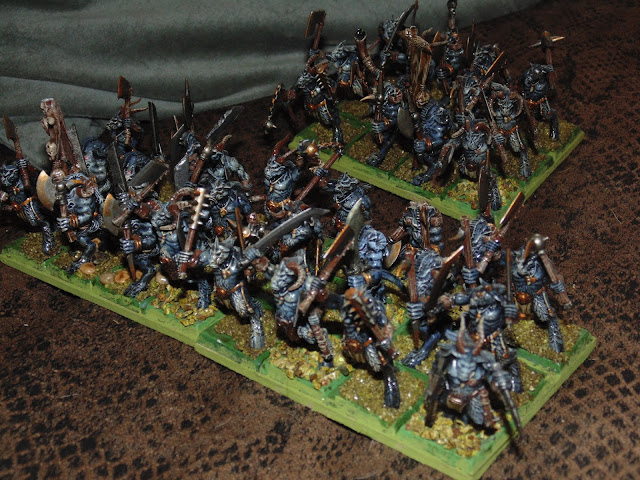 Really you want to know that they will win the combat before it starts. So how do you achieve that? Well, never charge them into a combat alone against anything larger than a troop, and even then be wary, Secondly charge them in combo with another unit, preferably harder, Longhorns might just do it, or best, combo charge with a flank or rear attack.

I'm sure many people take SWalkers just to unlock other troop choices but at the moment I am trying to do without the big hitters, Lycans and Guardians.

I tried giving them magic items to give them an edge, like +1 to hit or crushing st 1. Hitting your enemy on 3+ with 20 dice could be nasty, but in the game I will post soon it didn't overly help.

So here are my 3 new units of Spirit Walkers, will look forward to using them in a couple of weeks.