Well I got roundly distracted, partly due to Serefina who is going to see the new Pirates of the Caribbean film today, but also because I have been thinking of playing games on islands such as occurs in Ghost Archipelago the new game from J McCullough.

So I started to build two pirate ships for us to play with, so that when the game comes out later this year, we will be ready to go :-)

Firstly I found these on the Net and they really were excellent. Thank you Mr Gary Chalk.

This is what I have constructed so far and I have to say that considering they are made from catfood boxes they are coming along well. 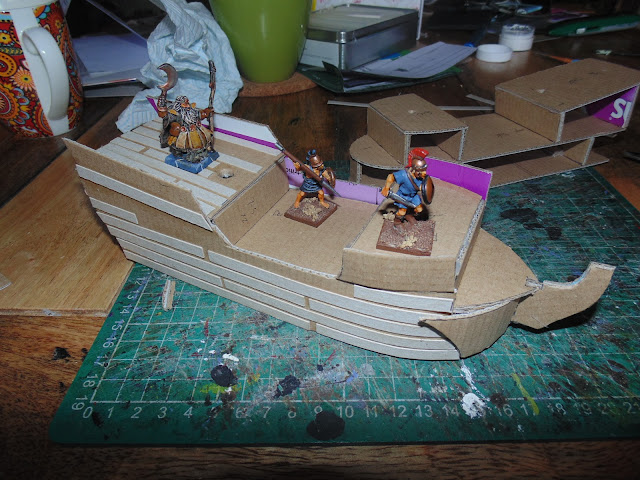 To give a sense of size I have included 2 Foundry Greeks and a converted GW wizard from the 90's. 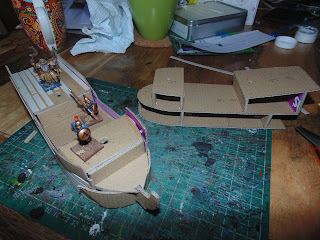 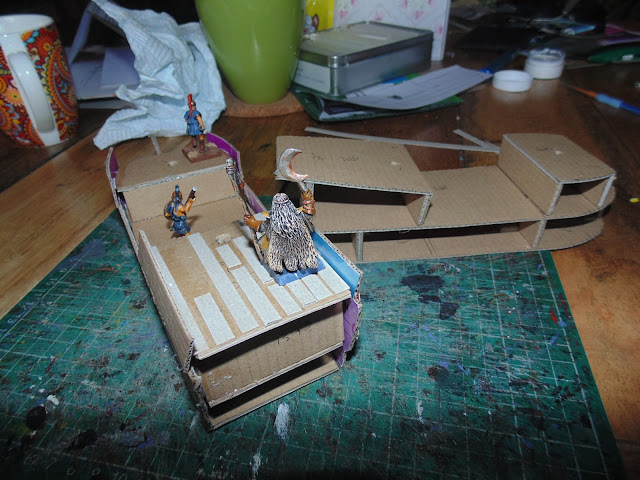 Should be able to get a warband of about 10 models onboard, +1 for the crows nest. 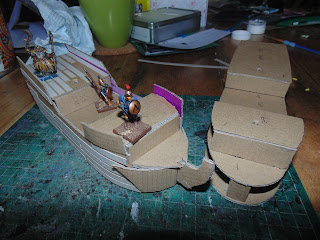 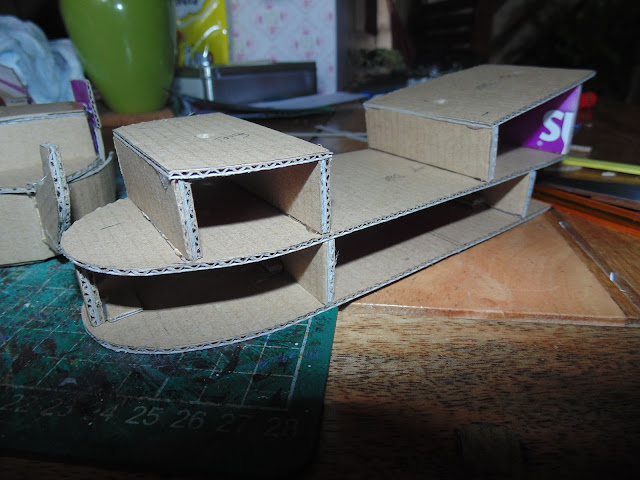