Some pictures of some of the many games of KOW I have played in the last week in an attempt, forlorn obviously, to become even vaguely match tight for the Beers tournament the week after next. 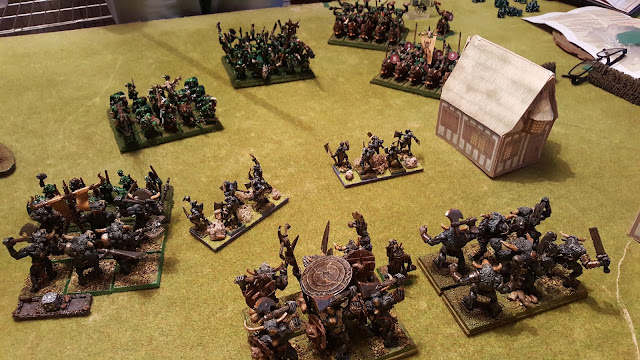 Managed to use the Hunters to great effect and enabled me to get some double charges in. 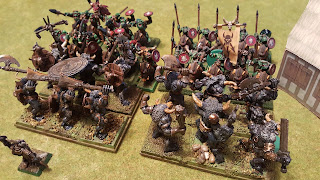 As a result I won this first game against Mick. 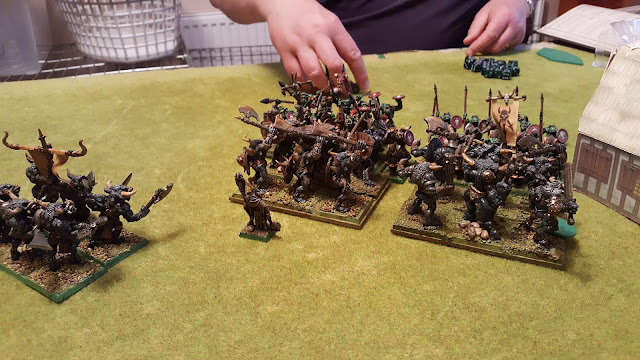 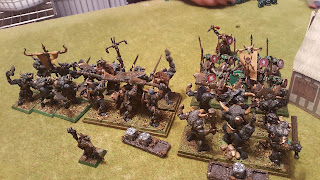 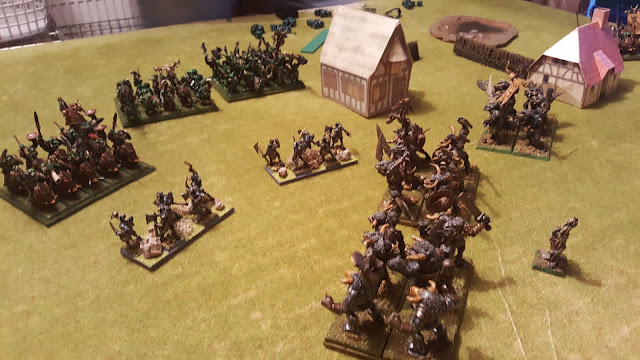 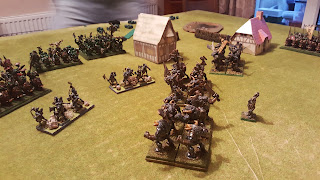 Got rid of the Gore Riders and then routed the Morax. Second win of the night. 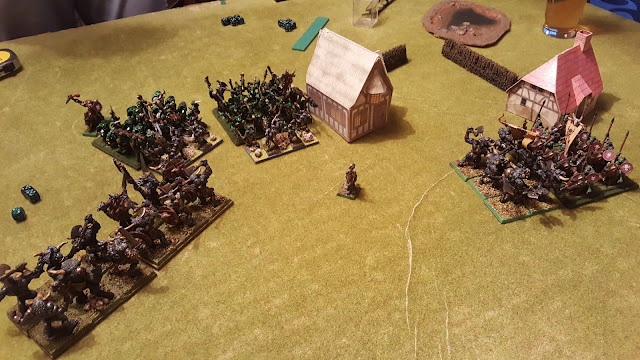 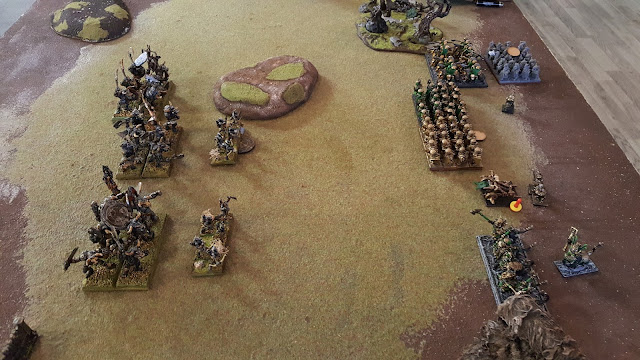 Second game of the night against Steve at the club. First went my way, so Steve swopped some units about and we had at it again. 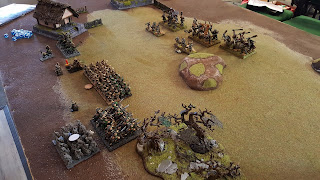 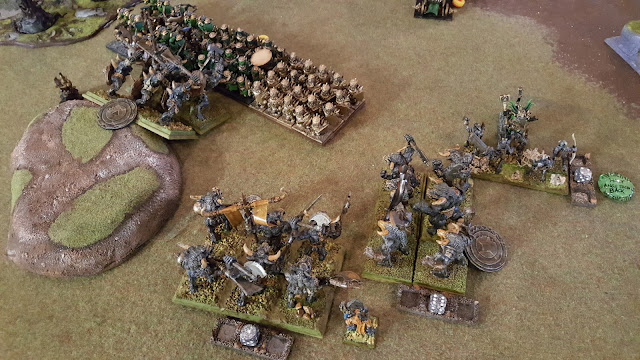 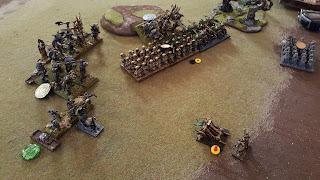 Nerve check of snake eyes did not help, especially after scoring well over their wounds. 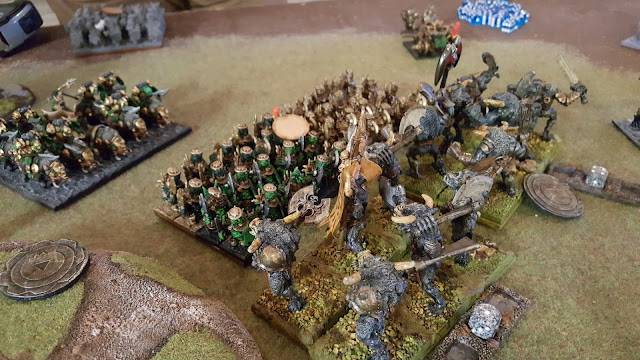 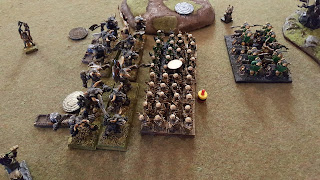 Although the Horde of Abyssal dwarves were routed the end was in sight. 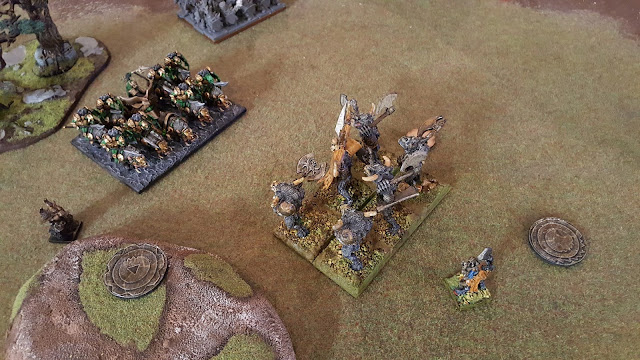 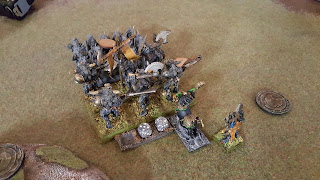 Routed to a beast, a palpable loss :-)

Quite pleased with how these have all gone really. Three wins and a narrow loss is not bad going, lots of fun was had and I do feel I know the army some what better now. (Must not forget the massive defeats of last week, two in a row!!!!)

The small units of Hunters are crucial in setting up the charge with the Brutes, who do all the damage.

I do realise there is a good chance that I may well struggle against flying troops. but what can you do
Will try to take some pictures of the games at the tournament if I get a chance.
Posted by Darryl Hunt at 01:13

Email ThisBlogThis!Share to TwitterShare to FacebookShare to Pinterest
Labels: Beers of War, Kings of War