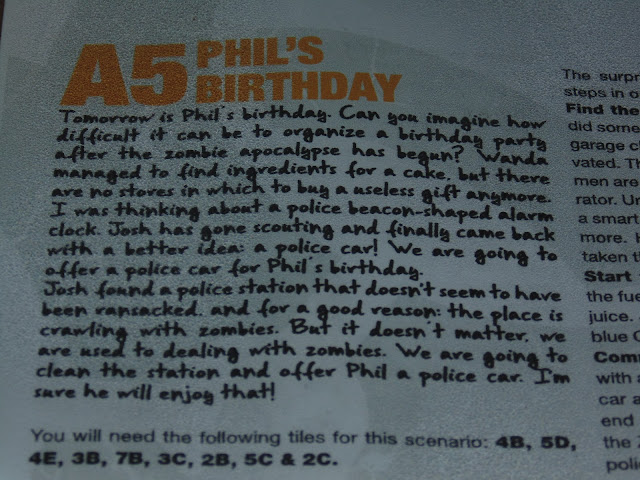 Before I went away we played Phil's Birthday a Zombicide Scenario as per above. Except we played it with only 4 characters instead of 6, hubris I think its called. 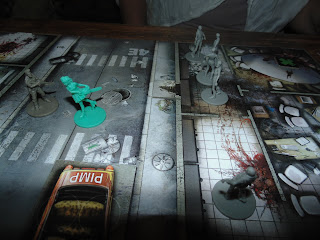 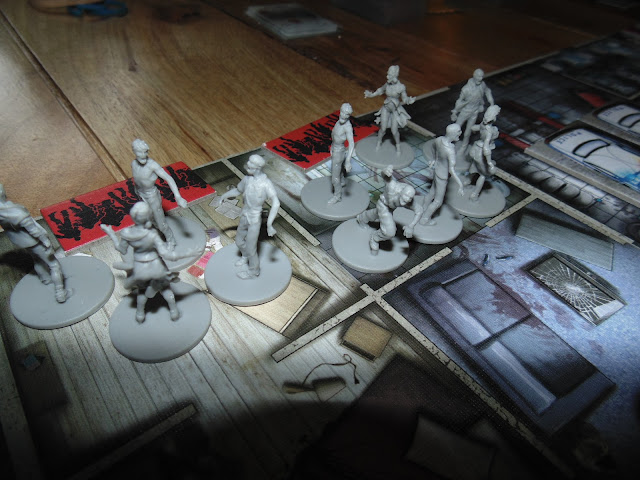 The huge build up of zombies in the police station. 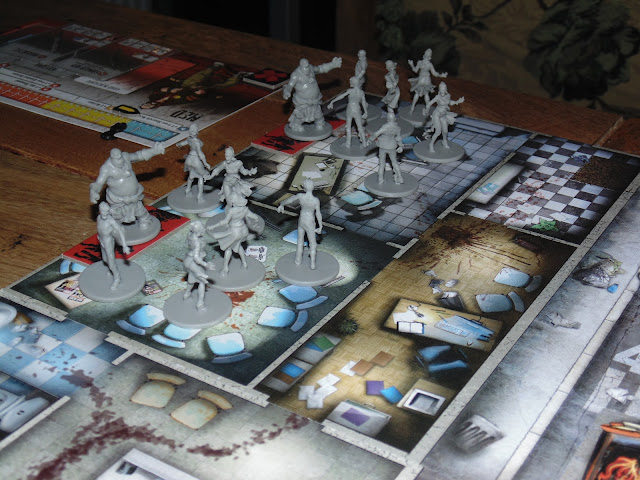 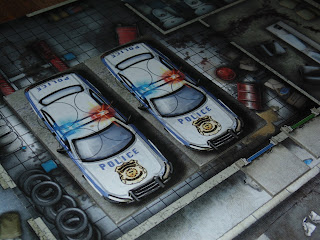 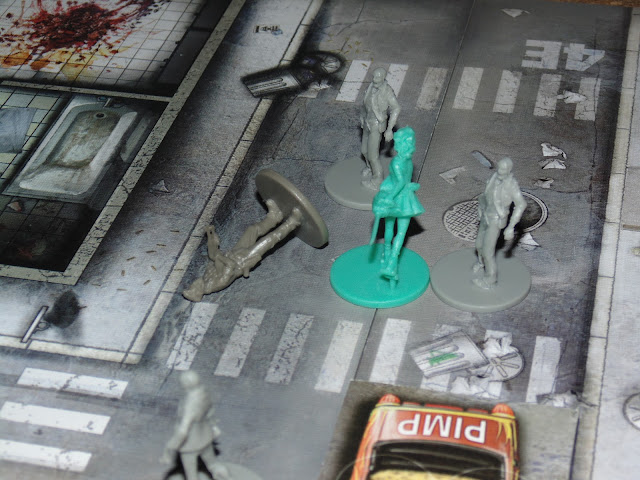 First of our problems. Phil gets eaten by the horde due to a double walkers get an extra action, who shuffled the deck? ( that would be me) Wanda is injured too. 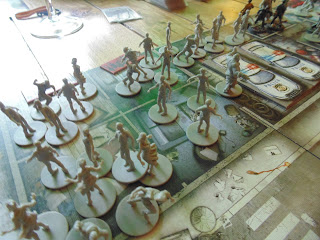 The station is fit to bust. 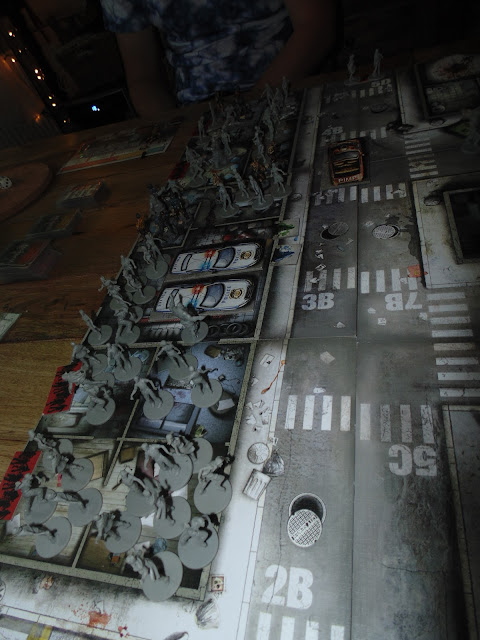 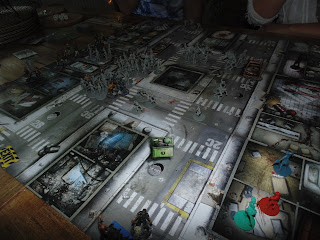 Then we released the double doors, crumbs. 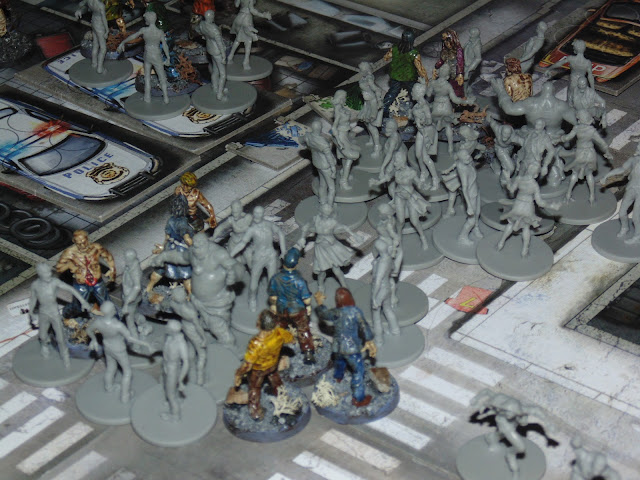 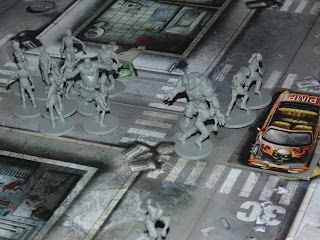 An abomination joins in. 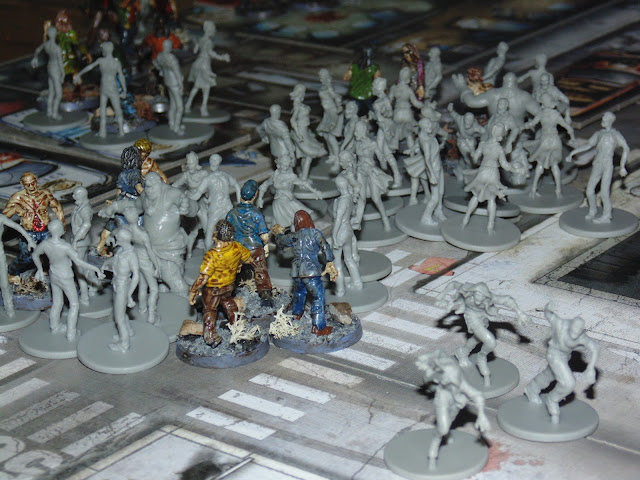 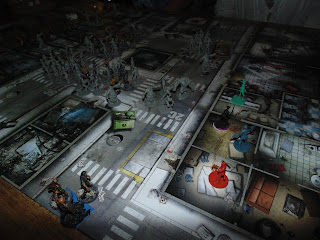 All the right side of the board is clear. We also have 2 molotov cocktails, very useful. 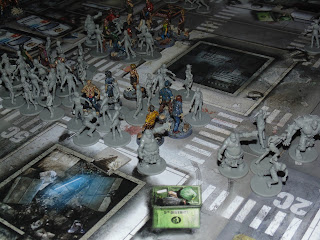 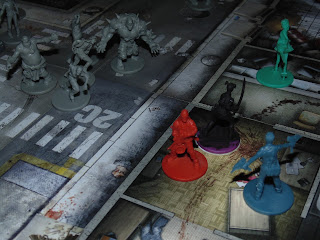 But then Amy falls victim to the same double action cards, shuffle please!!!! 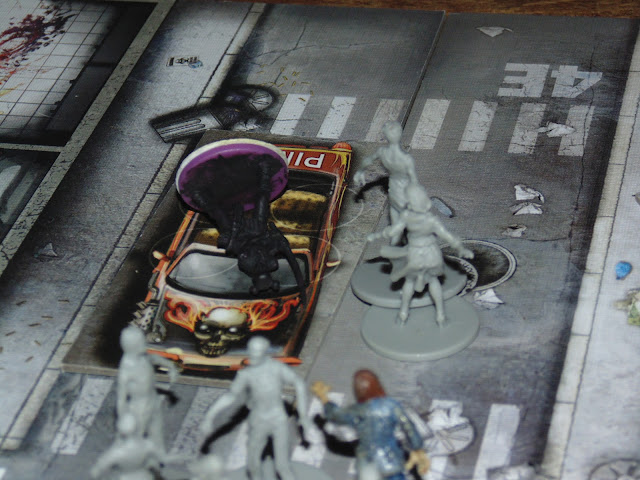 The horde make their way towards us. 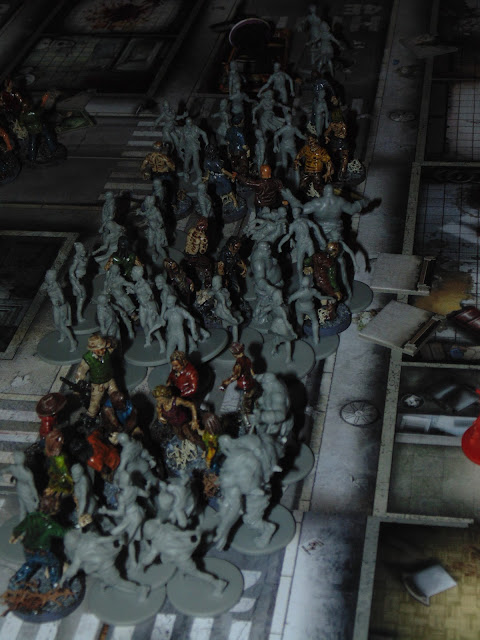 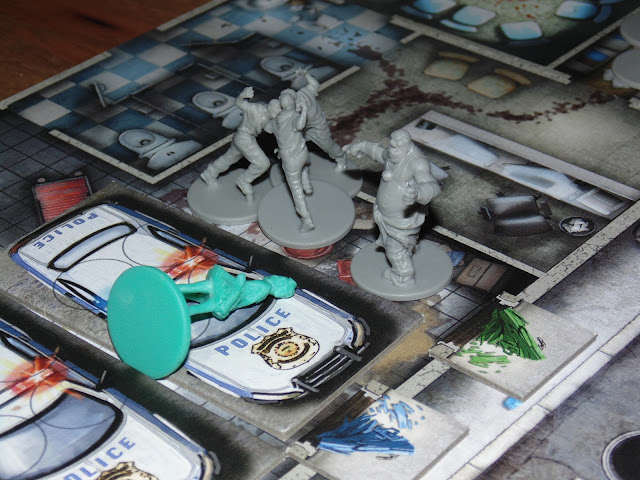 Wanda, reaches the police cars but is felled. 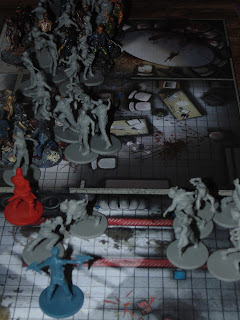 We decided it would be only fair to find Doug hiding out so he could join the group. 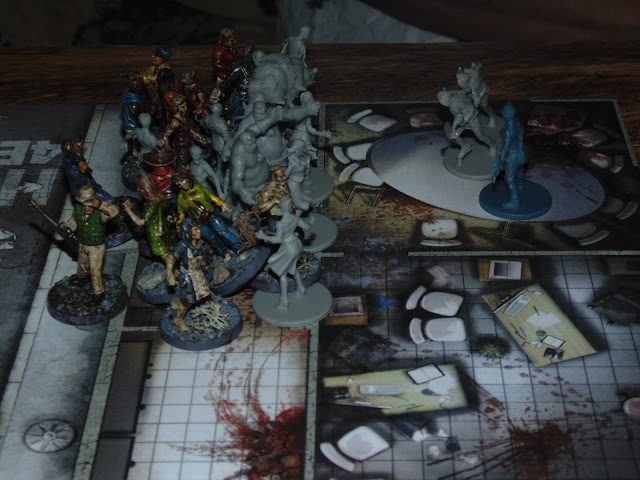 Risking all Ned and Doug take out a couple of runners and then tosses a molotov into the mix. 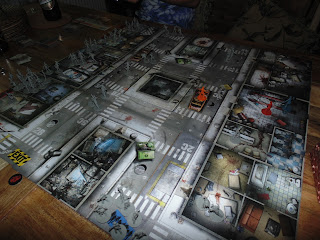 All cleared. Especially with the help of a police car crashing into walkers left, right and centre. 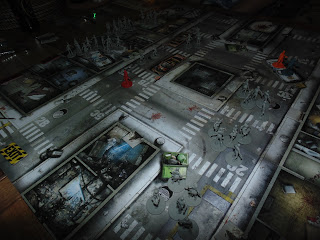 We then discovered Josh hiding in a car, so we had all 6 characters in end although 3 had died. 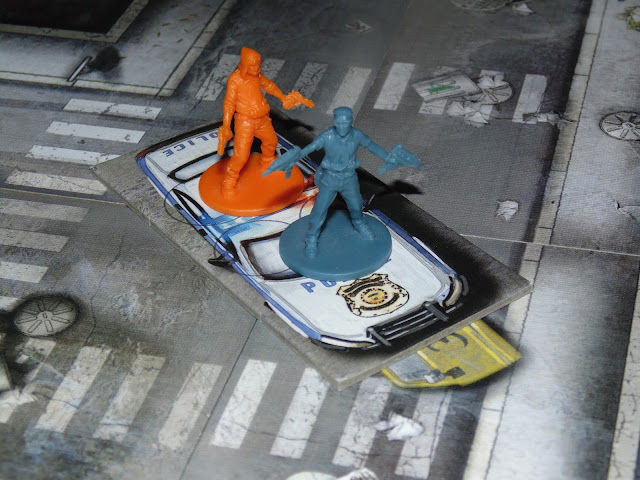 Ned all alone. Not good. 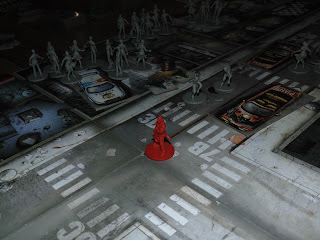 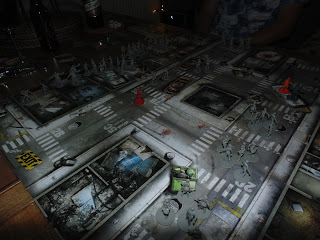 Josh and Doug cruise around pick up Ned and get away with the police car. Poor Phil, not the birthday he was hoping for. 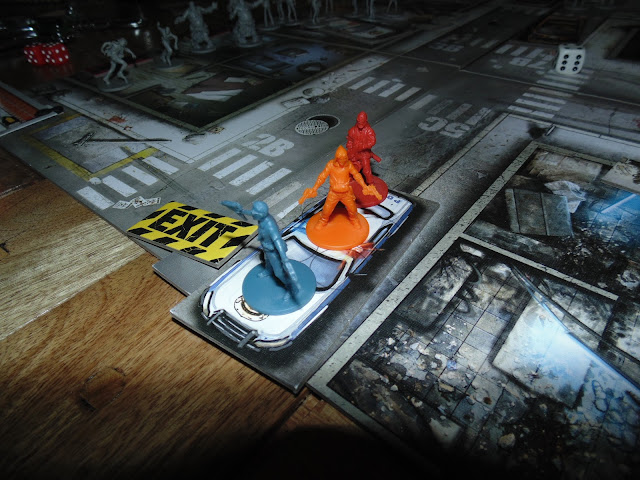 A very difficult scenario made almost impossible by the walker double action cards being next to each other in the deck. A thorough shuffle will be needed.

Email ThisBlogThis!Share to TwitterShare to FacebookShare to Pinterest
Labels: Zombicide