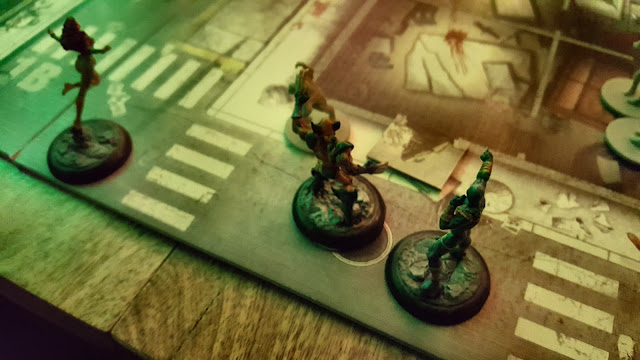 As mentioned we played a Zombicide mission but with the survivors being played by X-men. Not fantastic pictures as my flash didn't kick in, sorry. 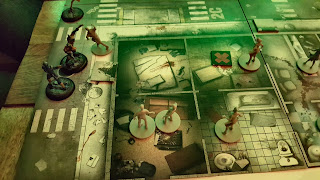 We had, Wolverine, Rogue and Cyclops. 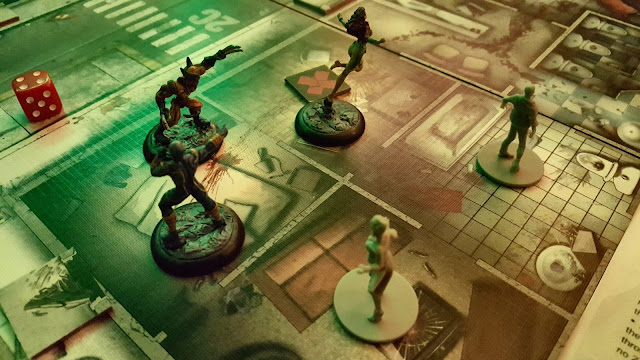 In this game we did allow characters to pick up equipment, as per usual, so we had some odd bits like Wolverine using a shotgun. It maybe that we create our own set of equipment cards in the future. 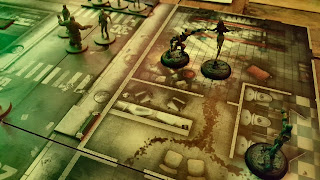 However the majority of the rules we had really did work well. Cyclops started with Beam which was the same as a rifle, meant that he stood back a lot and shot walkers down. Quite as it should be really. He did find a Katanna but never actually used it. 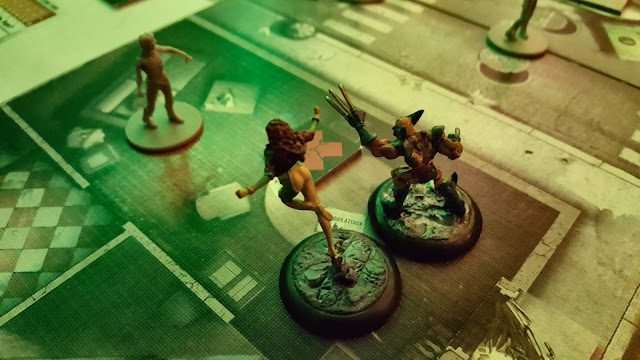 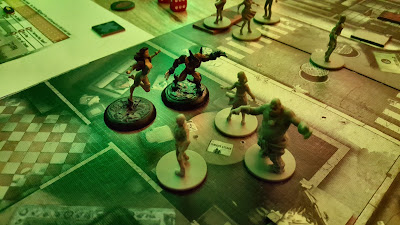 Rogue had Fists to start with- equating to a Crowbar, but after the game we all felt this didn't quite reflect Rogue. She is being revised. 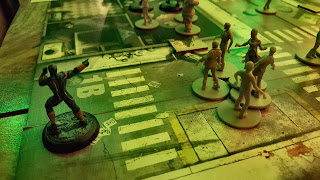 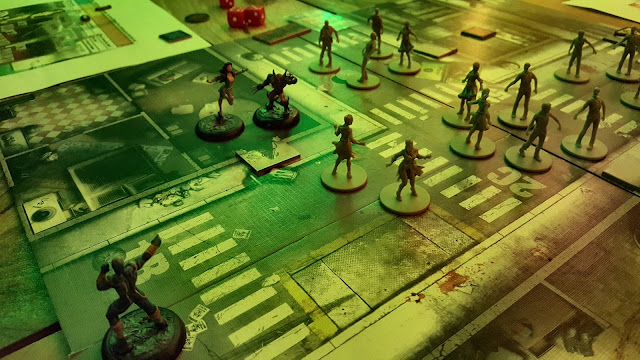 Cyclops striking from a distance. 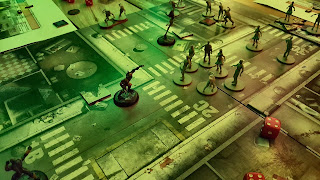 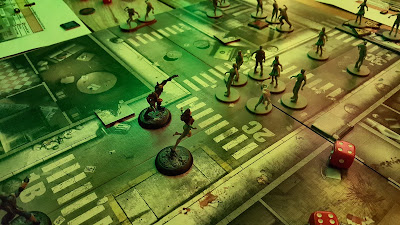 Wolverines abilities definately made him a combat monster. 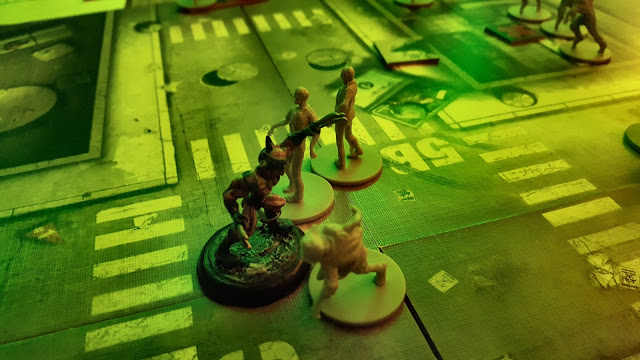 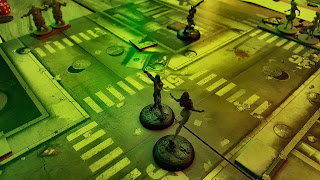 Rogues second ability was Fly which helped us in the game and which was very much Rogues Character. 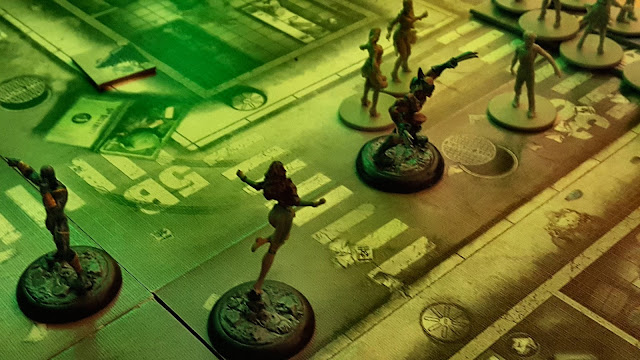 We had a chat after playing and decided there were definite things we need to change and other developments we would like to consider:

Rogue needed a recap,
Alternate equipment cards,
Further Marvel Characters,
Super Villains to fight,
We all decided that playing in the Xavier Mansion would be a hoot.
Playing in a 3D envirnment would be interesting. 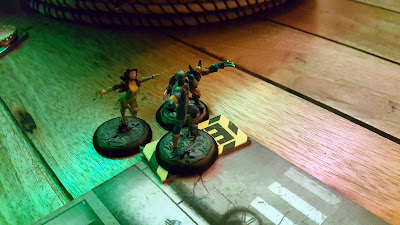 I will post the 3 character sheets we used another time, if you should want to use them.