Final posting of the actual 1000 pt force I will be taking to the Beers of War Tournament on the 8th July. I will be playing with my friend Mick and his Orcs. 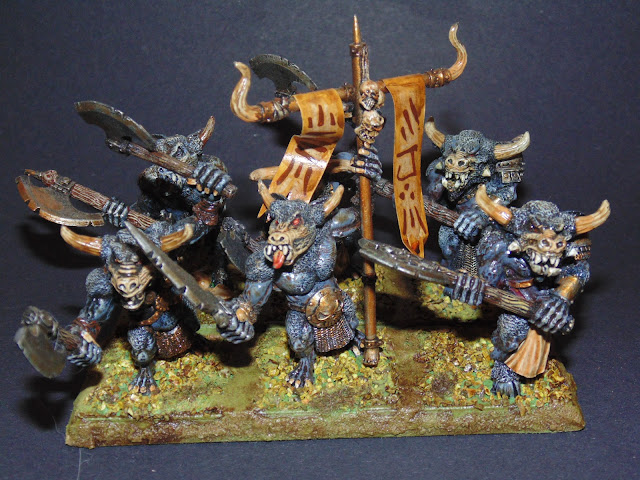 Horde of Guardian Brutes, Minotaurs to you and me, these are Elite. 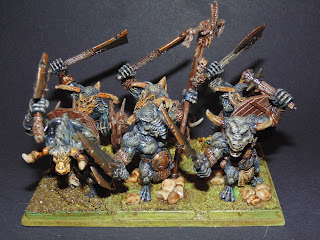 Another Horde of Guardian Brutes, nothing added. 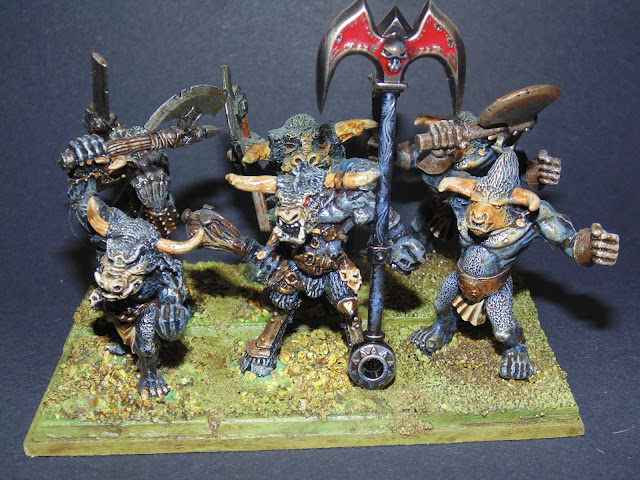 Last Horde of Guardian Brutes, playing the Pipes of Doom. 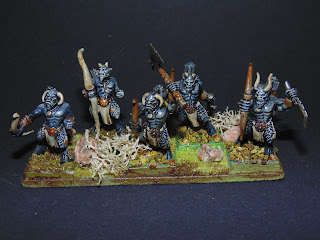 Troops of Hunters with bows. 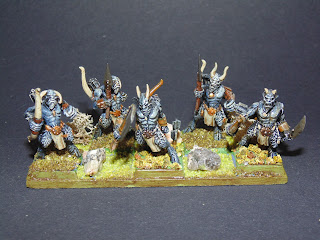 The overall general of the whole Herd/Orc combo. Shaman with Heal spell. 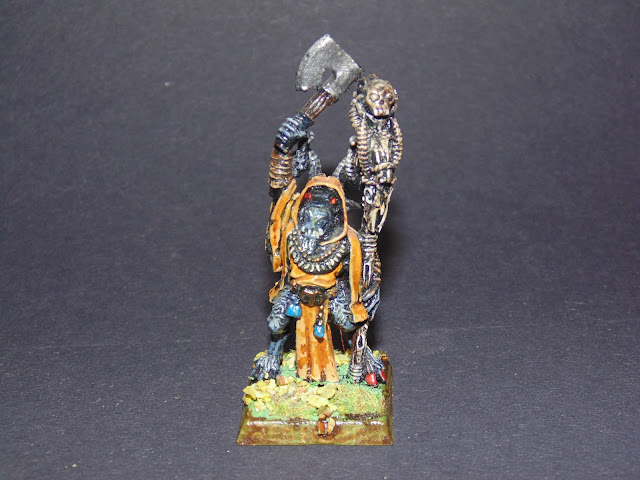 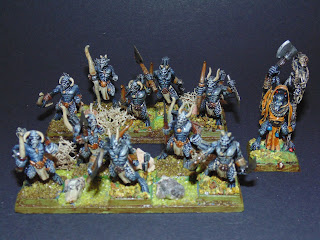 Thought I would include the pictures of the last units to recieve attention before the tournament. 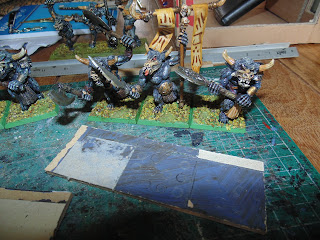 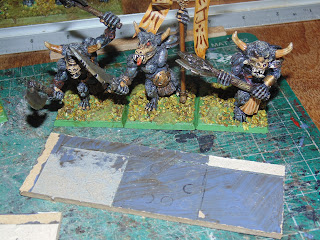 I re-used the old bases to make the new ones. 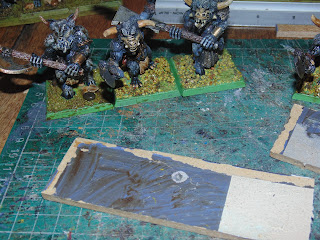 I was given this large weapon which I turned into a standard. 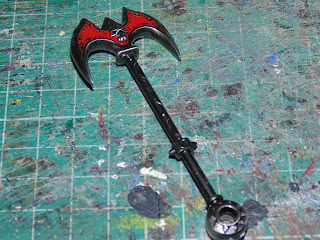 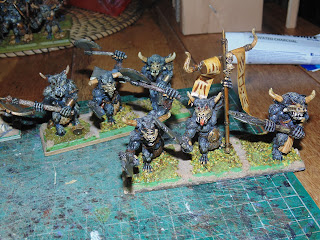 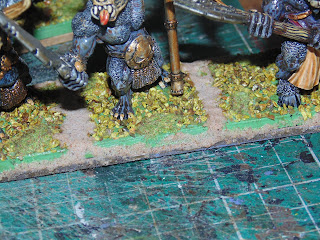 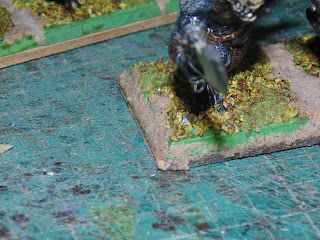 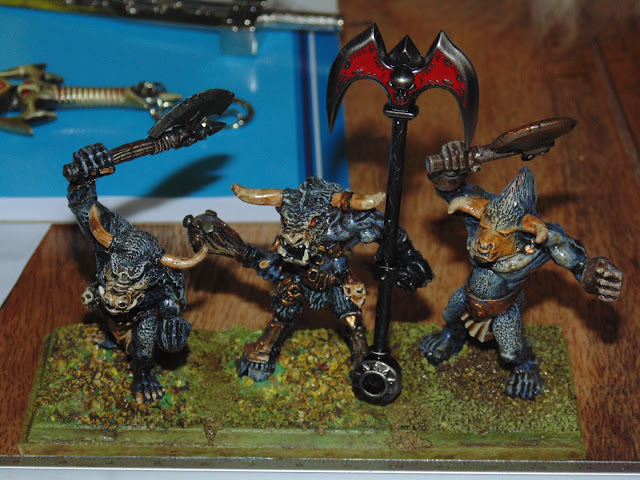 Email ThisBlogThis!Share to TwitterShare to FacebookShare to Pinterest
Labels: Beers of War, Event, Kings of War