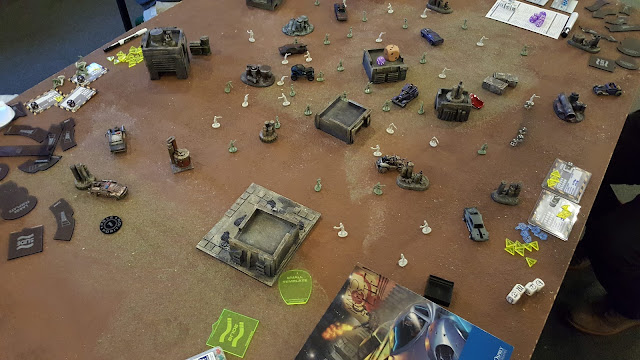 This week Luke, Dan, Steve and Fran got together to play the Zombie Bash scenario from the Gaslands book and much fun was had. I was busy playing a one off game of Necromunda, but took some pictures and sat in on the end of the game. 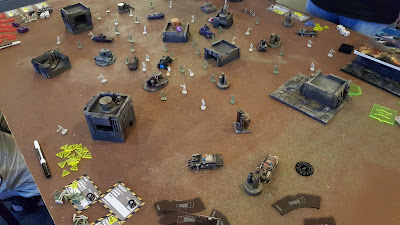 In Zombie Bash I believe you have to collect Zombies by landing next or on them at the end of your move. Dan proved to be a master of the Zombie capture, grabbing a right haul, see bottom of lower picture to see how many. 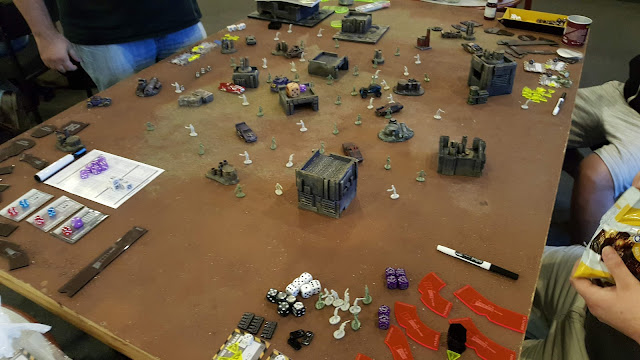 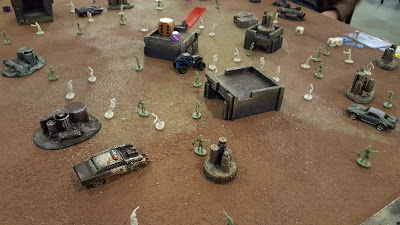 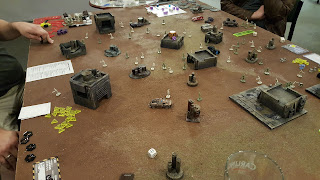 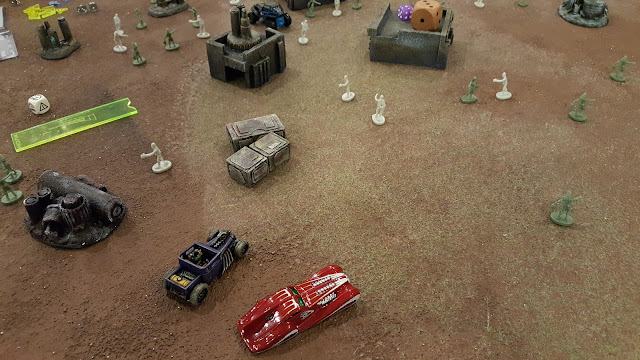 In the end Fran used a Thumper to for one of Dan's and Steve's cars off the board, while Dan stormed into one of Luke's prison vehicles, wrecking them both. 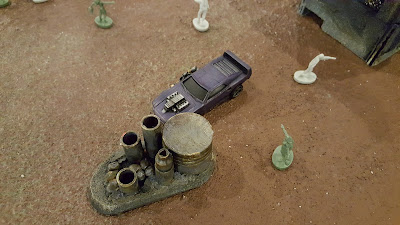 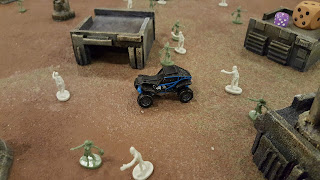 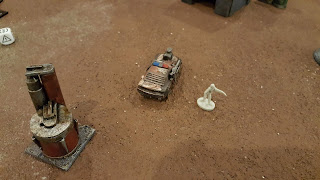 In the final moments I think that only Fran had any vehicles on the table, but Dan had collected far more Zombies and was declared the winner. Also. it seems from messages I have seen today that the Thumper may have been deployed some what erroneously, who cares, they had fun and it was a genuine mistake :-) 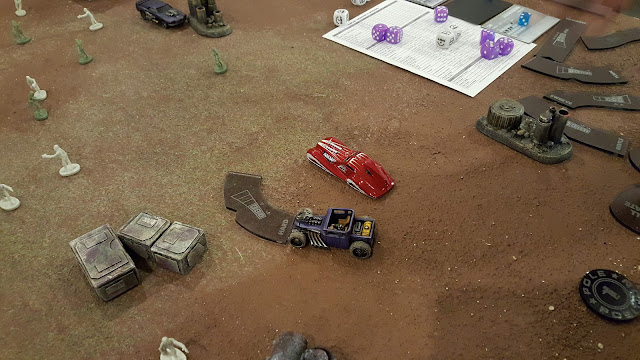