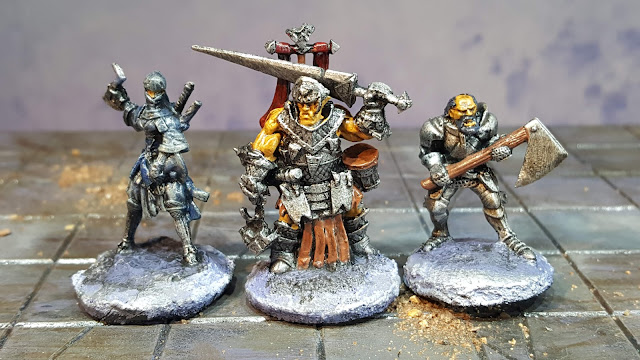 The first of the character models. The two on the left are Reaper Bones figures and the other is a metal model I got cheap on Ebay. 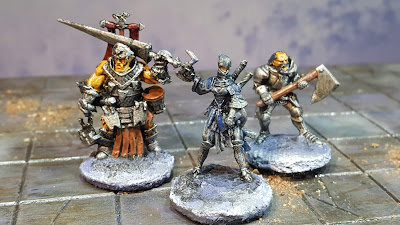 Despite hot water the assassin really didn't want to stand straight, but otherwise they are fine. 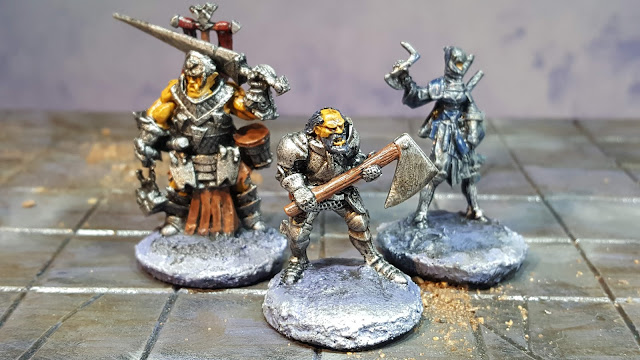 Or at least they were until one of my cats decided they wanted to knock them all of the shelf they were sitting on! Don't think any of the joins can be seen and they all seen strong enough, so all's well in the end.