Wagon Train, the start of. 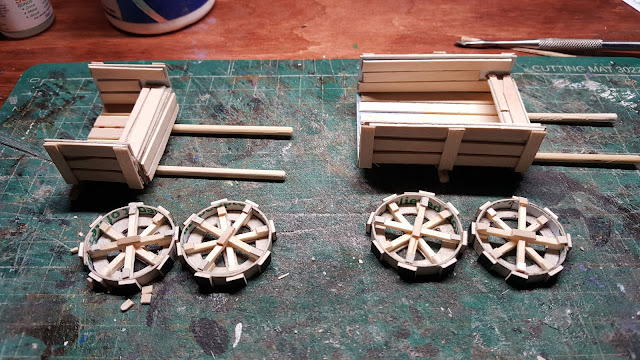 I seem to have had a whole series of games where wagons were crucial to the plot and first I could not find my original model, made quite a while back now, and then I realised one was not enough. 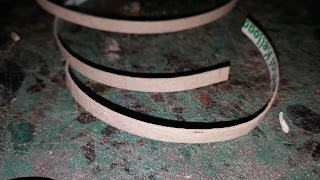 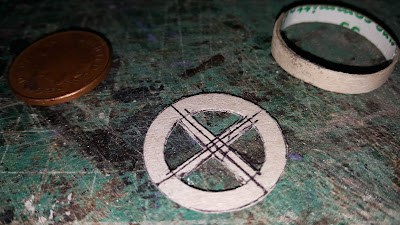 So last week I set about creating another 2 to complete the set. I think the pictures pretty much say it all, the wheels are always the part that take the longest and are the least fun, so I got them done early on. 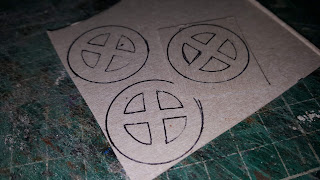 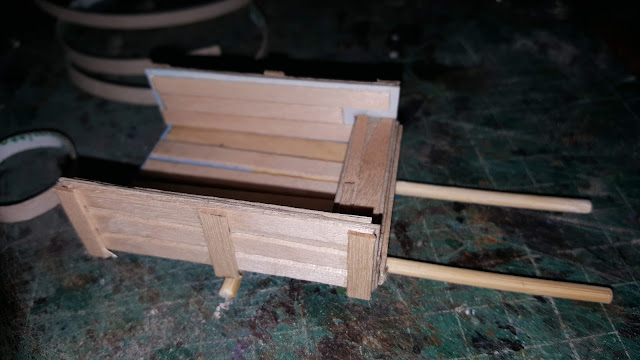 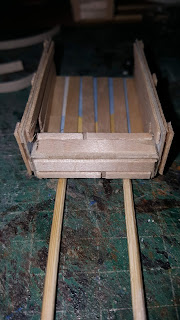 The actual wagons were based on the one I made earlier, it seemed to work OK, so why change it. 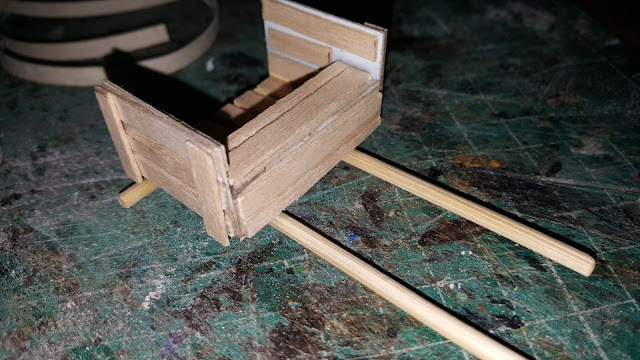 I have some toy cows to use as pack animals. probably a bit large but close enough and very cheap. 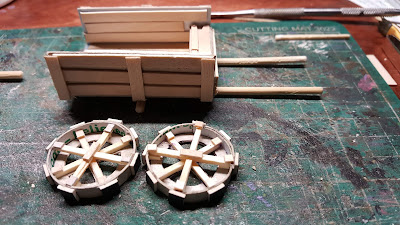 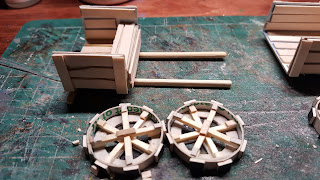 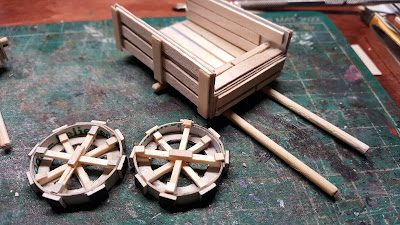 I have some GS work to do to strengthen joins, especially the wheels, but then its just painting, which is simple enough. 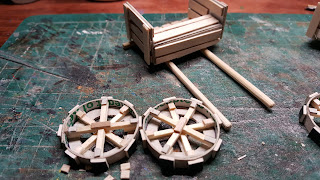 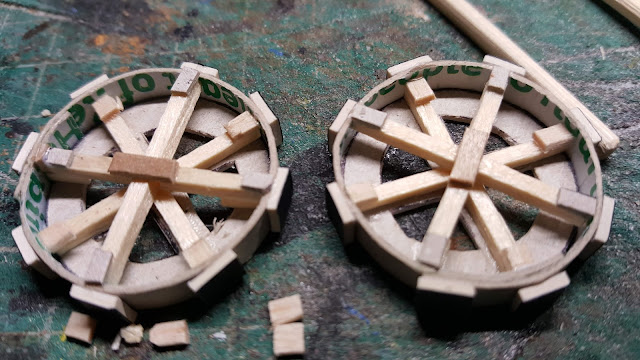 I used wood glue for some parts, superglue for others when I needed something glued immediately and when I put the wheels on the cart, not done yet, I will sprinkle Bi-carb over the superglue join to strengthen it. If you're not aware it creates and chemical change in the glue which sets hard immediately, the Bi-carb forming a solid with the superglue. Pictures when I post about this next. 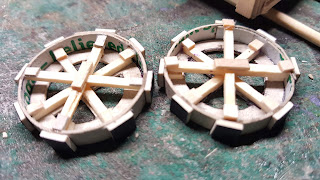