Was really inspired to create a Landing Craft this weekend from an old model that had fallen into disrepair. A long time ago I built an Eldar Falcon, when I used to play 40K. Well I came across the battered piece of space junk in a box and thought I know what that could be used as.

So spent hour rebuilding then another repainting/renaming and the result is the Denis Denis Landing Craft. This will feature as terrain in the next game.

There are no rules for vehicles in Five Parsecs at the moment, but I'm not worried, the intention is just to have it as part of the general fluff of the game. 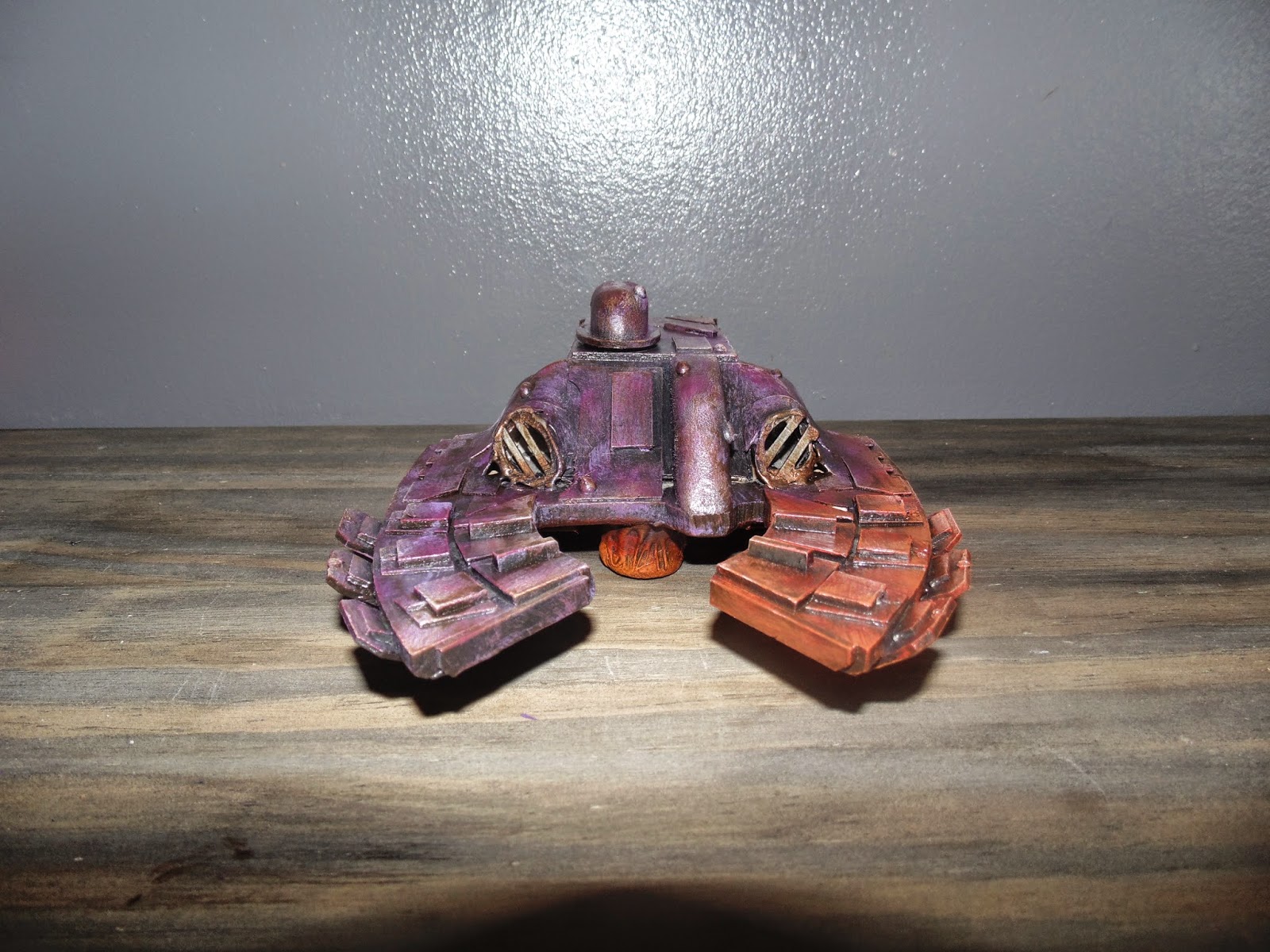 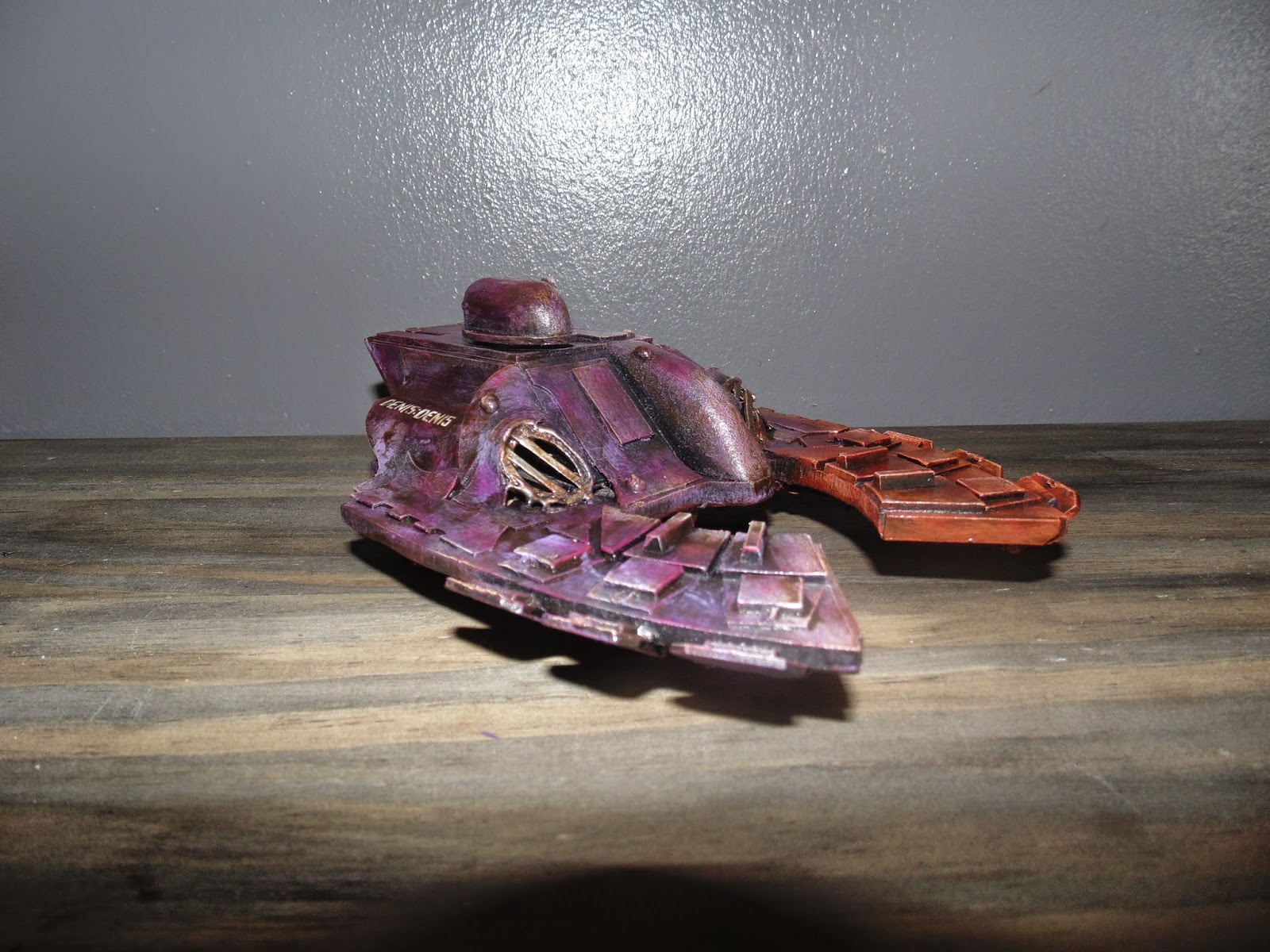 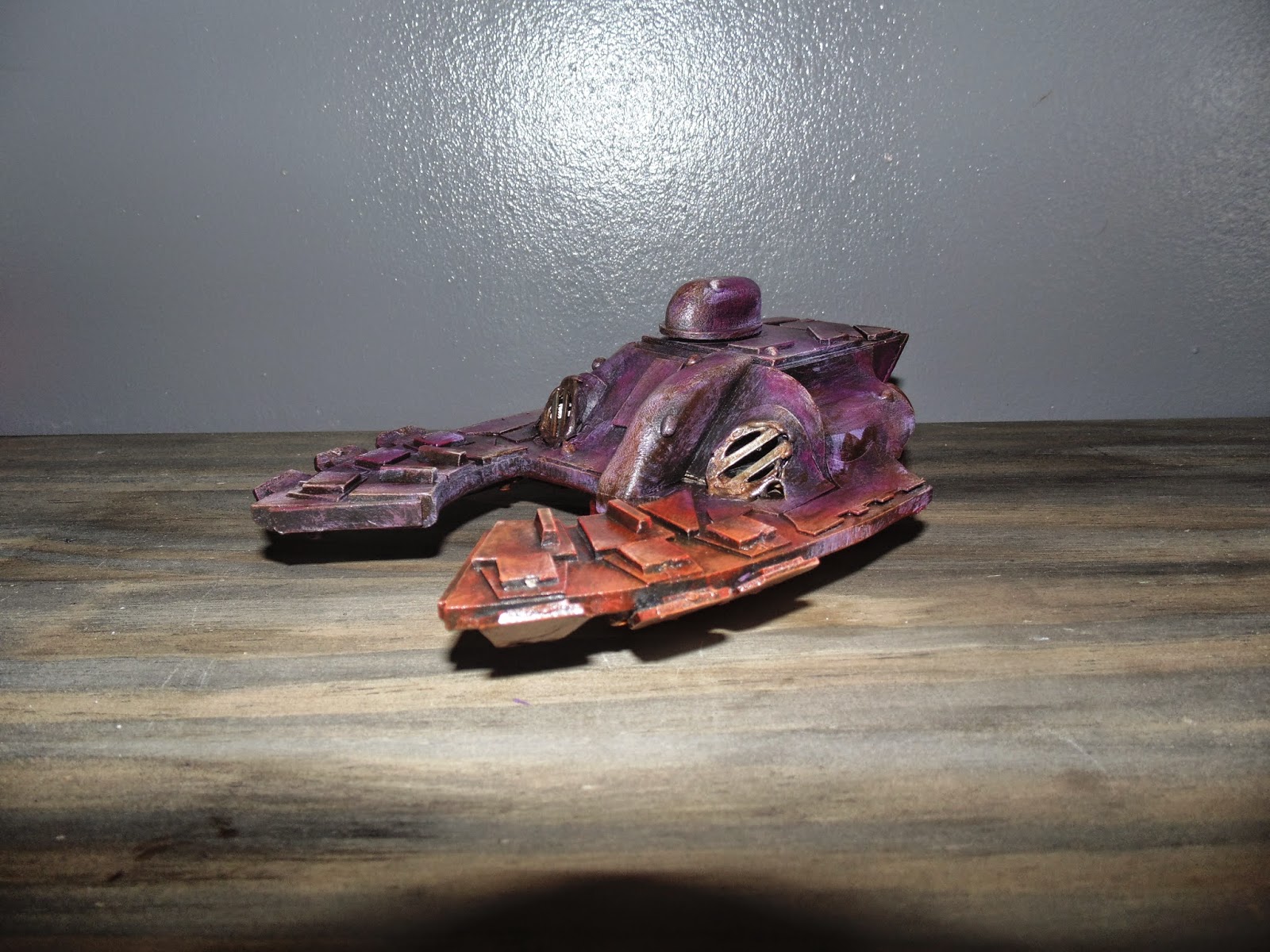 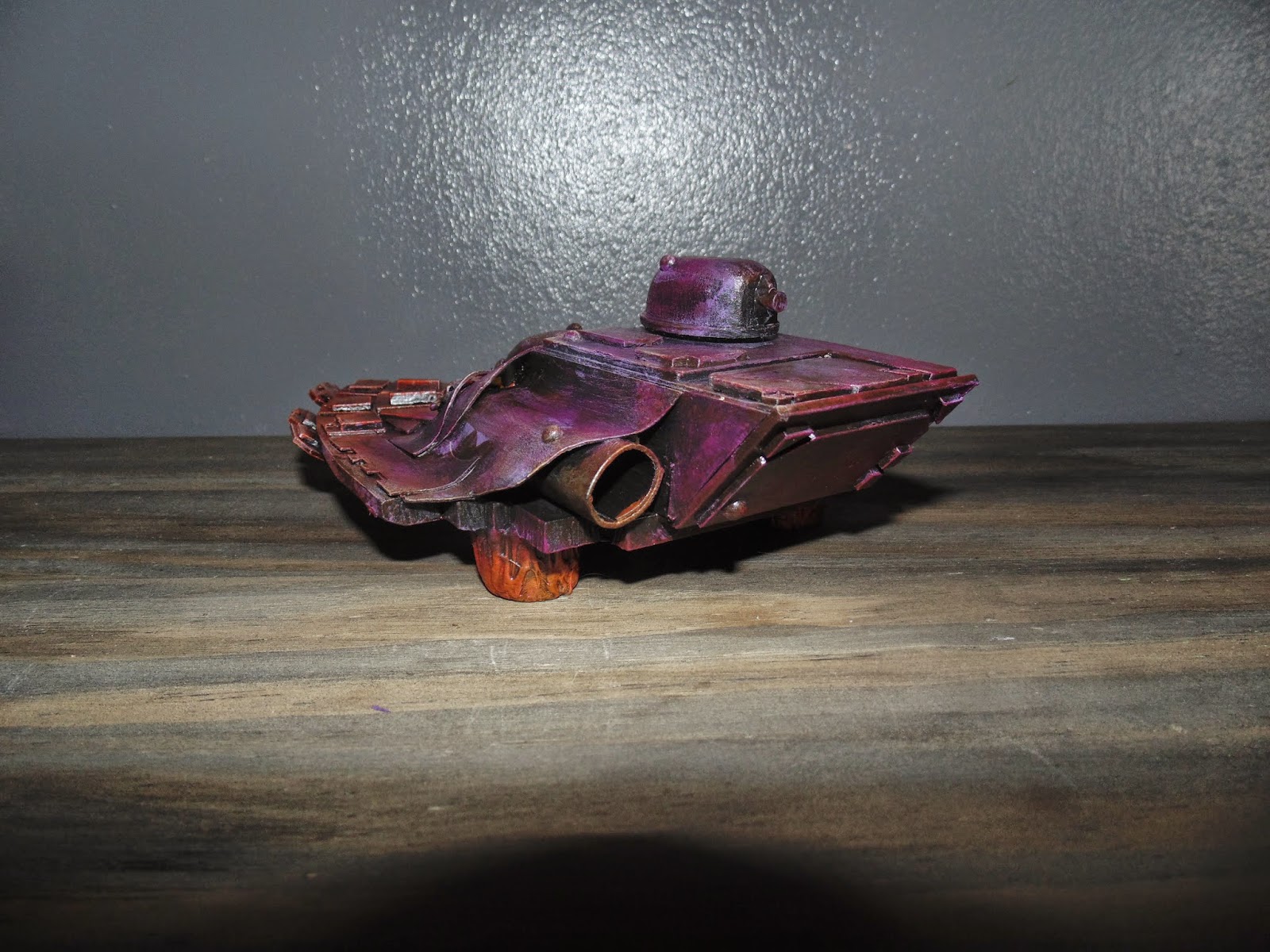 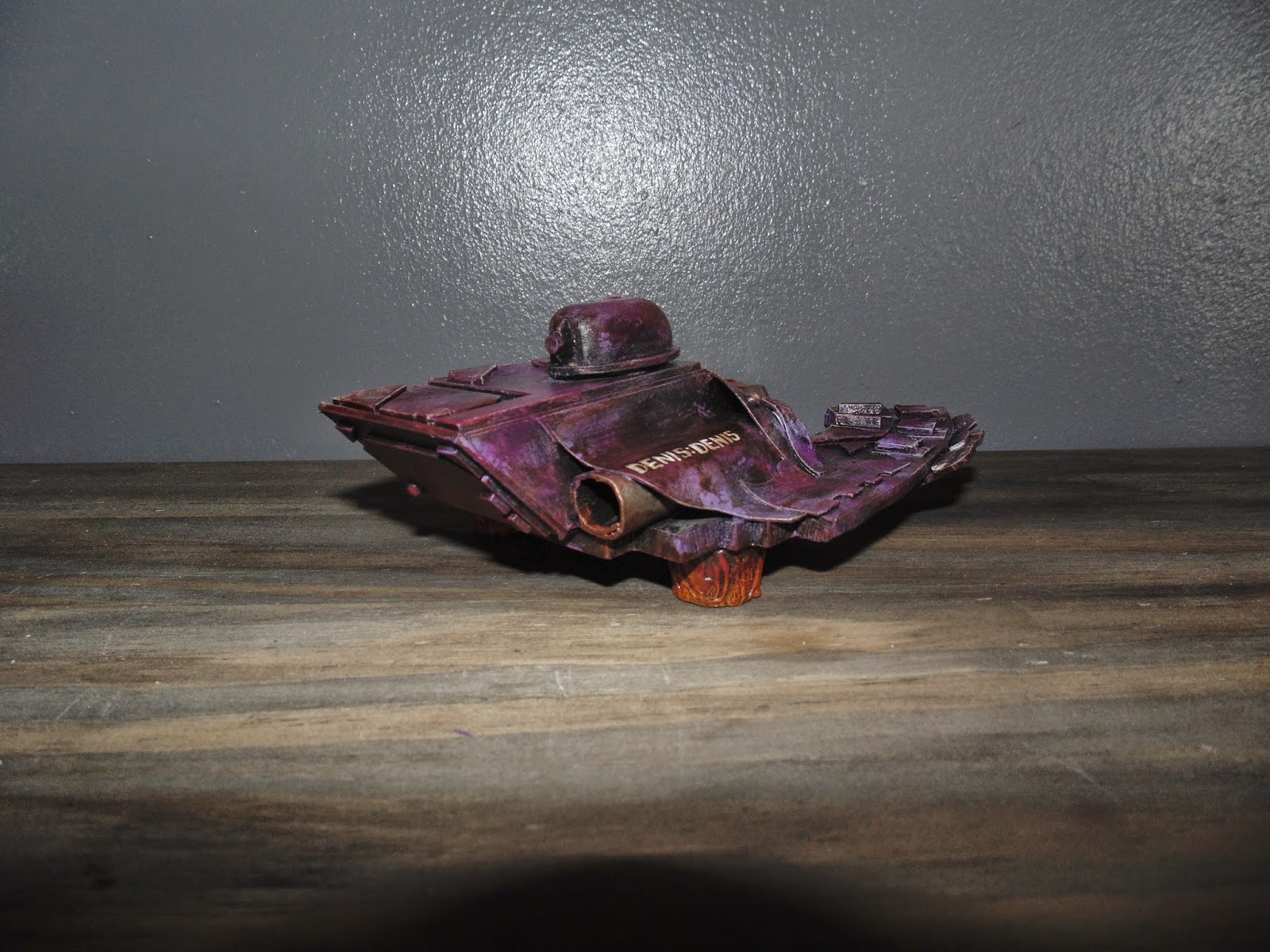 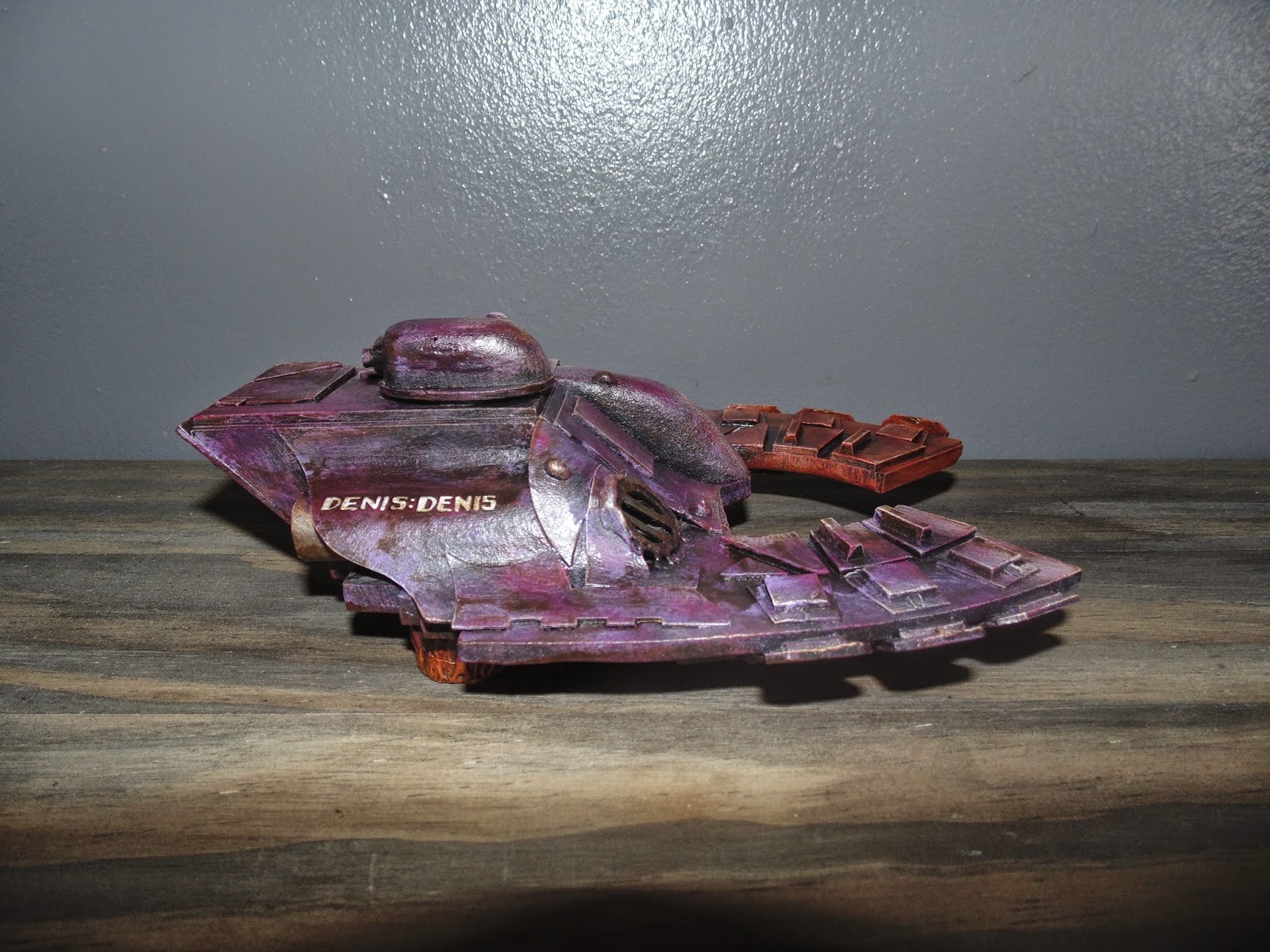 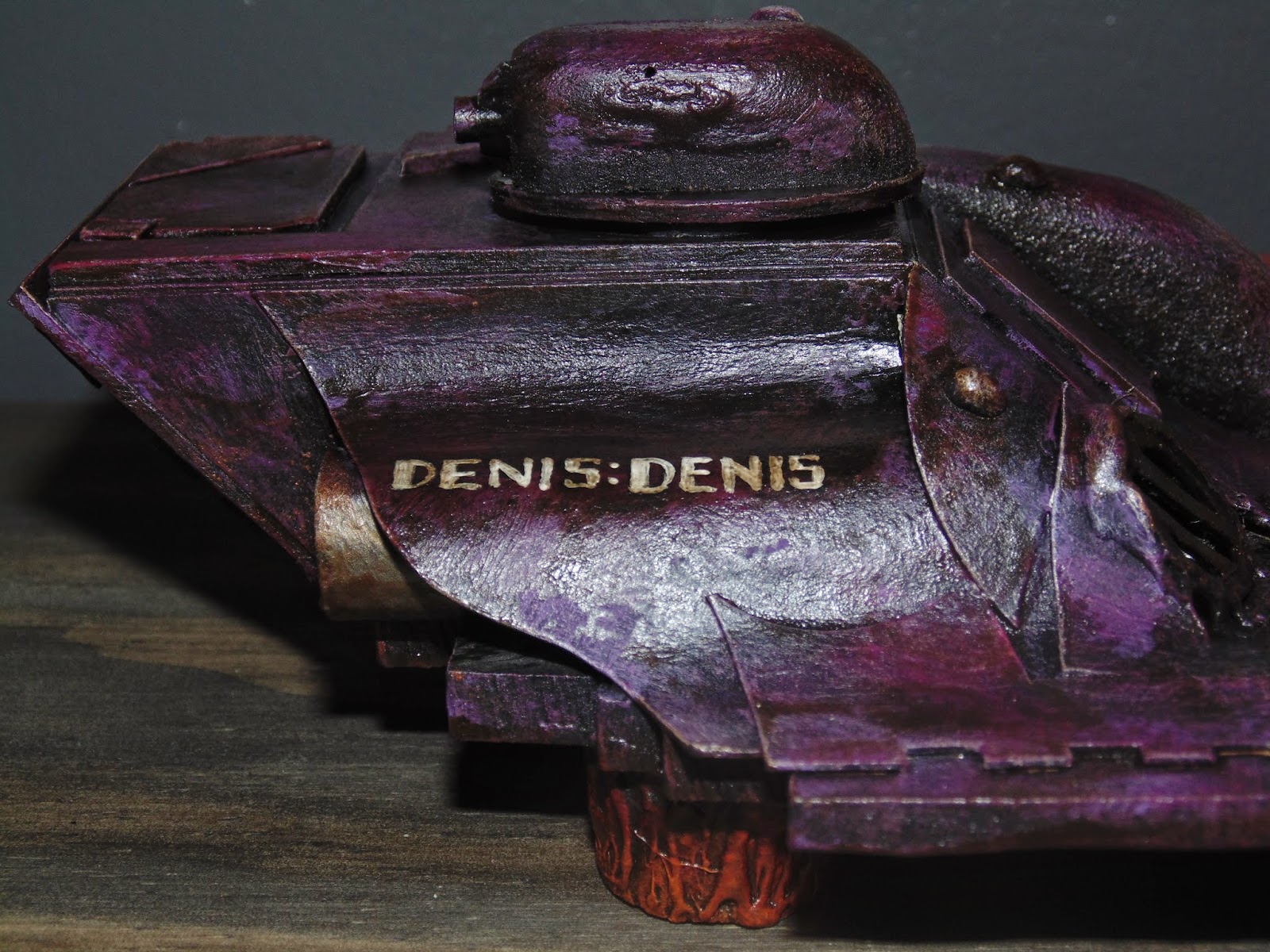 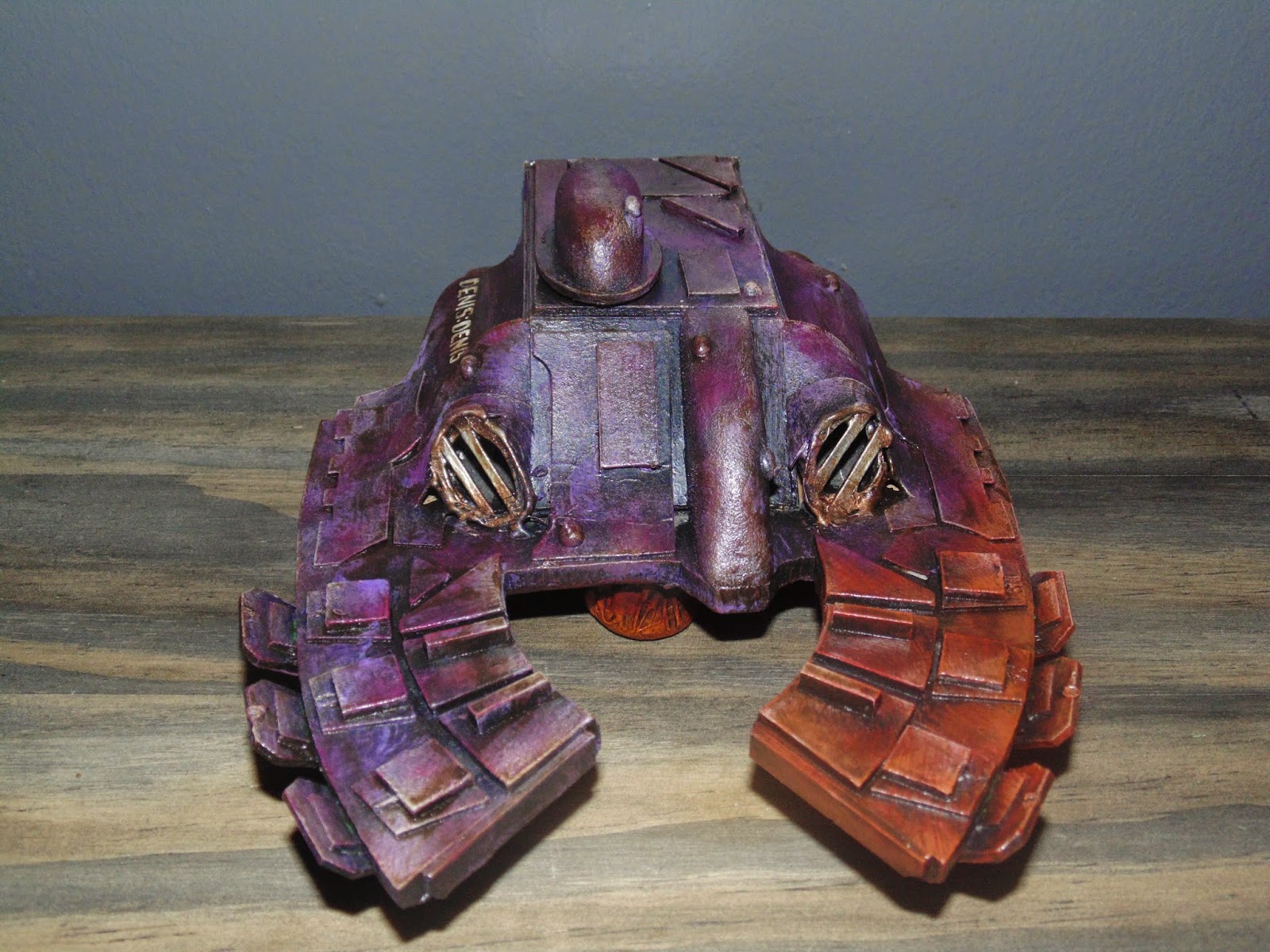 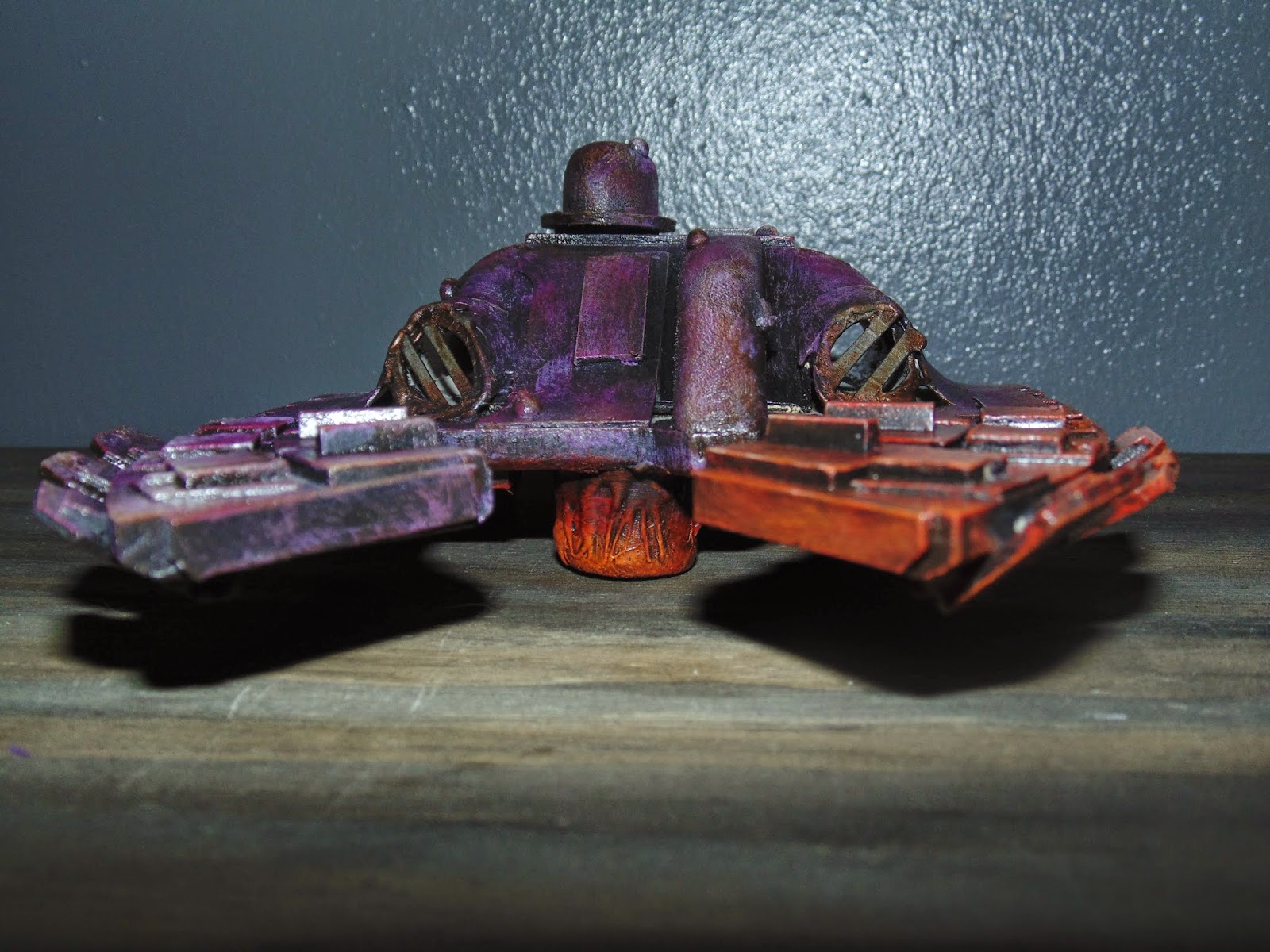 All made from card, green stuff and a base of MDF.  Added a bottle cork to create the stand for under the craft. The only bit am not completely happy with are the vents, but there you go.