Can you imagine, work getting in the way of modelling, awful idea! But there you go. Inbetween working I've been finishing off the last of the Shieldbreakers and making 2 last movement trays. Yes I thought I had done them all too! 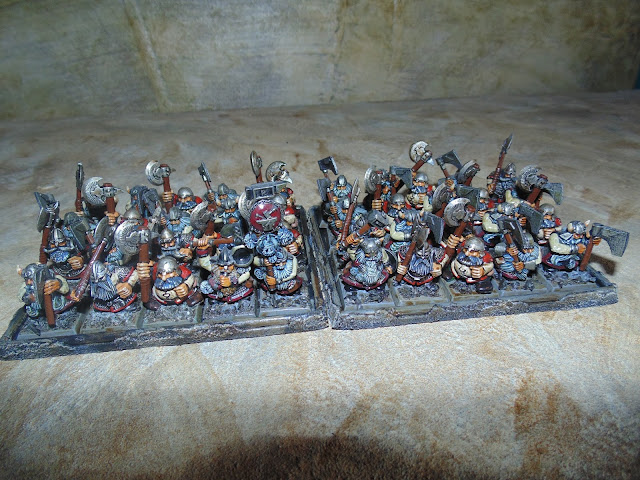 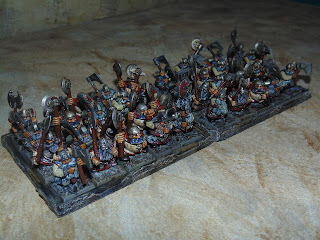 Several years ago I bought a load of cheap Dwarfs through Ebay, very old early 90's plastic miniatures, and this unit is a combination of those and 7 newer models and some converted Dwarfs from the Skull Pass set. They all have double handed axes now and I still have enough for a unit of Iron Guard (Hammerers) as well. 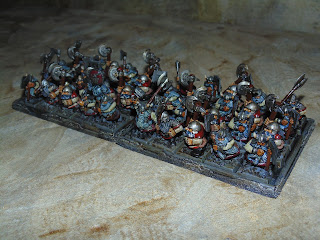 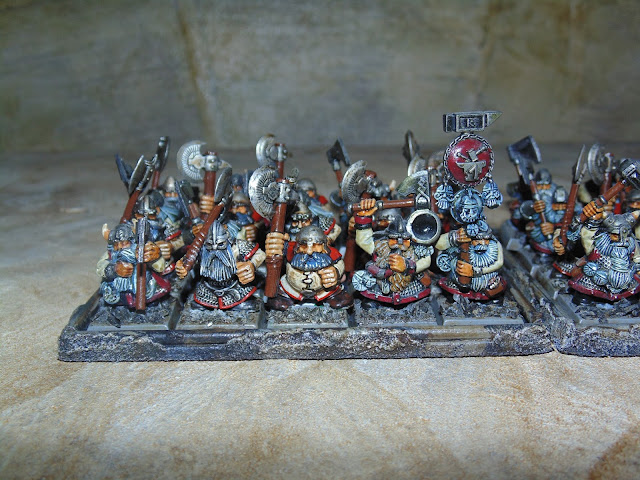 All three styles side by side. 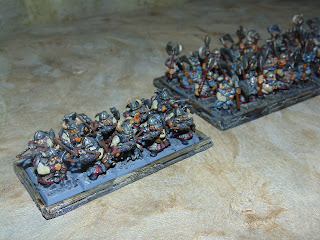 Here with the Rangers, who need their bases finishing, there is always something isn't there! 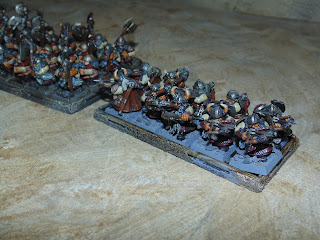 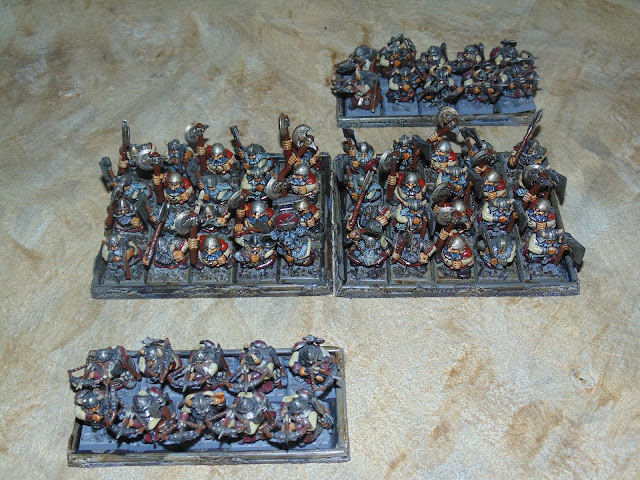 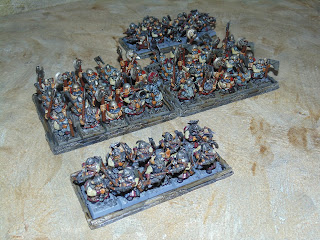 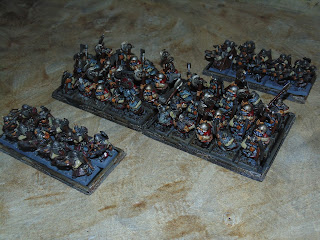 Just the General on a huge polar bear to do and the basic 2000 points is done. Need it for Thursday when I play Mick.