I have been thinking about the next army I would like to put together, bearing in mind that nearly all my models are painted: they just need rebasing, so not such a huge task.

I had thought it would be Orcs next, but realised that Luke from Luke Affordable Paint Service was about to embark on a mamoth Savage Orc army I decided it wasn't the time for mine.

So instead it will have to be one of my largest armies, the High Elves. 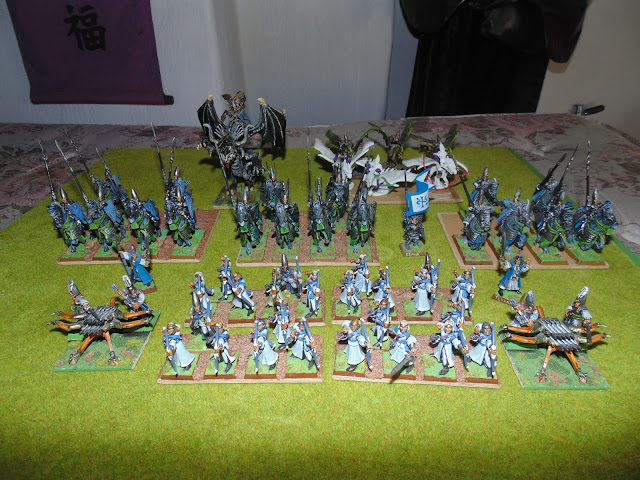 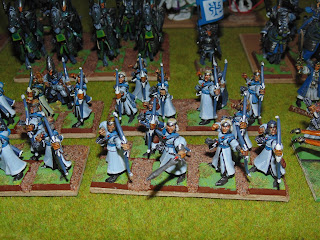 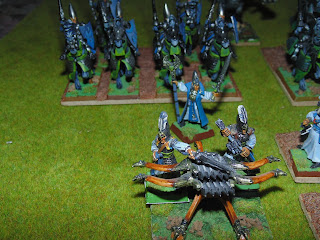 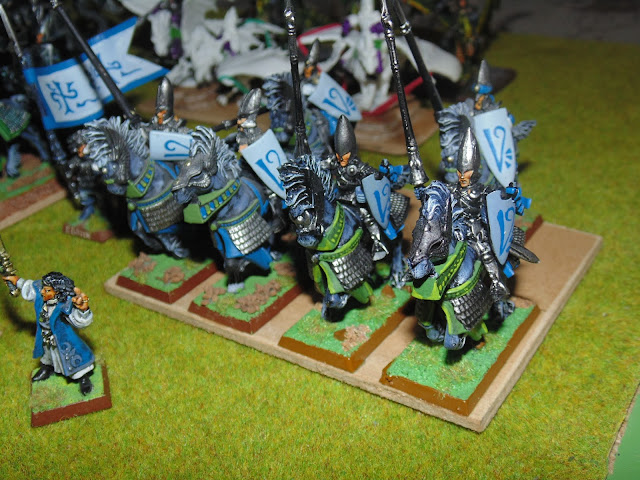 Since I took these pictures I have PVAcreted this regiment of Stormwind cavalry, so they look like the others. 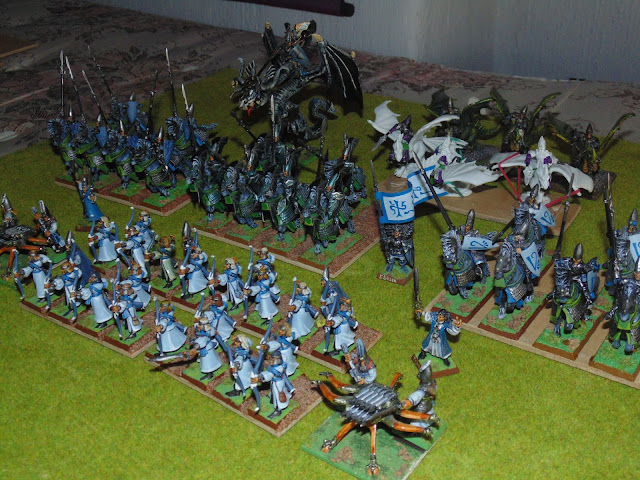 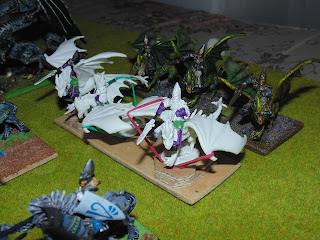 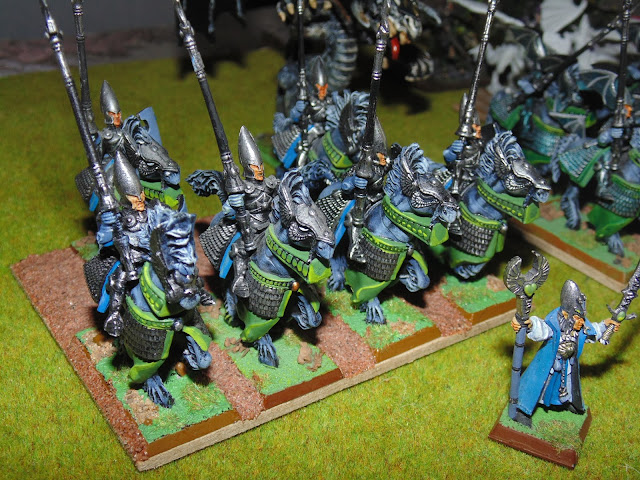 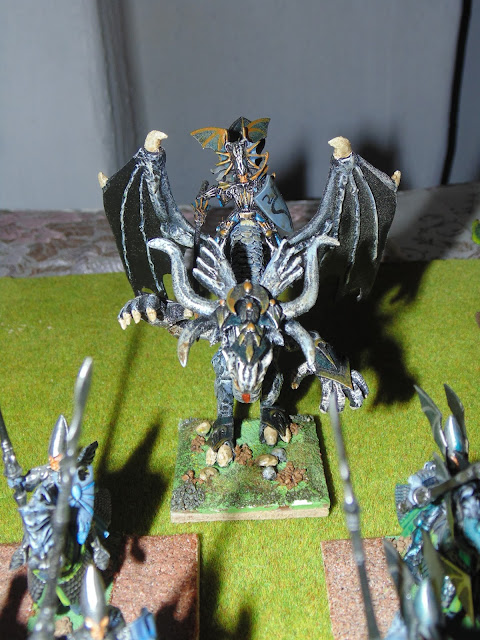 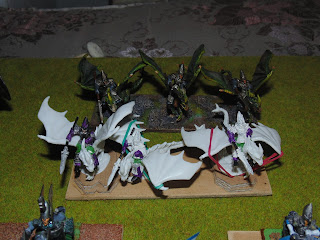 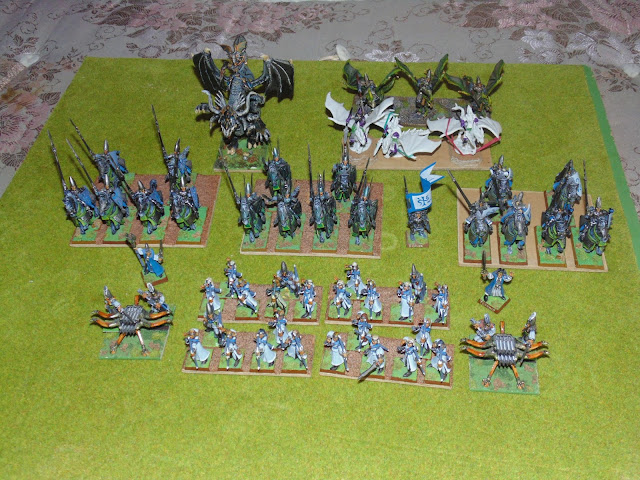 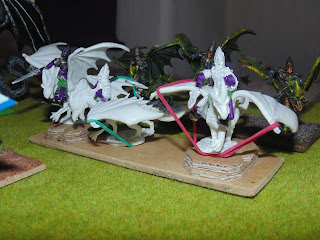 I will be playing them as High Elves, so no tree herders or anything vaguely wood elf in this list.

This is what I have to play about with in its raw state, cutting some hardboard bases will be the first step. How much can I get done by Monday night?

Obviously wrote the above on Saturday and on Sunday I got loads of stuff done,
All the bases were cut and sanded, all the troops glued down, then this morning, 6:45 I started to PVAcrete the bases.
Last night I cut and converted the High Elf models to sit astride the Drakons, and then this morning I glued the spear arms to the elves. These will not be completed today, so I will be playing with some unpainted models - never mind.