Last night managed to put together/convert and base up and start painting my first regiment of Trolls for either the Orc or Goblin army as I have enough models to either.

Only one of the three is in its original position. I have made a very simple arm conversion on 2 of the trolls just to give some variety. 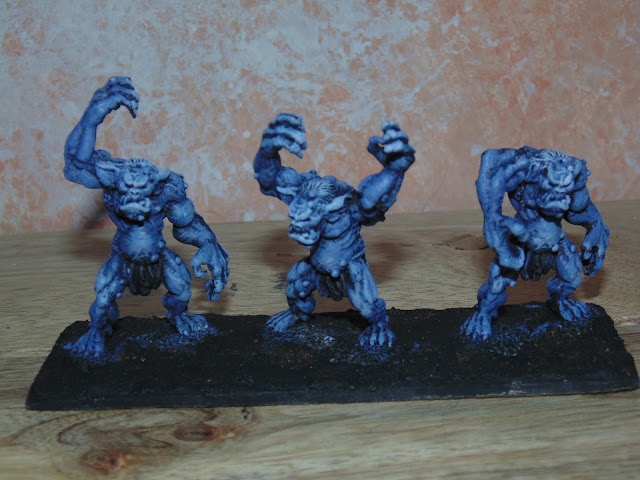 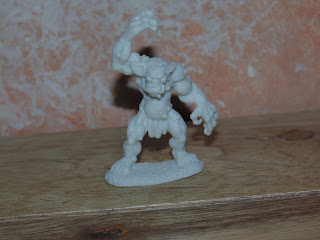 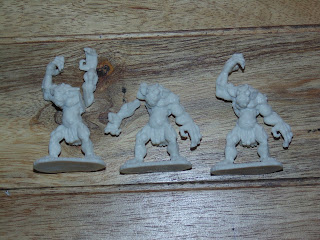 The second three 2 of which are cut ready to be converted. 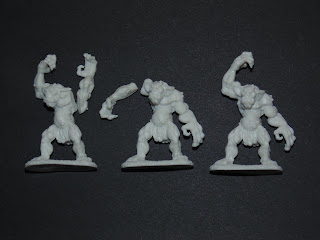 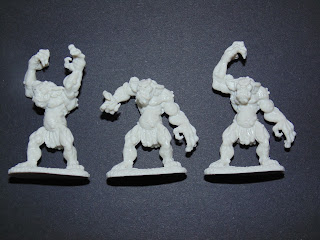 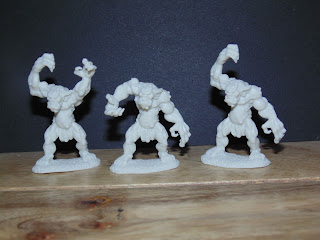 The middle of the 3 will need some GS adding as it has a section of arm missing due to the conversion and it is rather noticeable. Rather like the middle miniature, looks like he's delivering a Stanley Kowalski line from "Street Car Named Desire." he just needs a vest. Actually now I look at them they could all be acting a line or two from the play :-) Very angry! 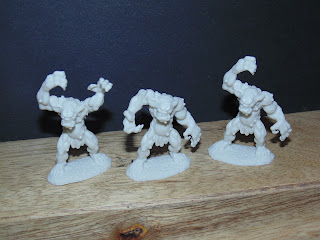 The whole horde of trolls together, still have a base to make from hardboard, but looking OK so far. 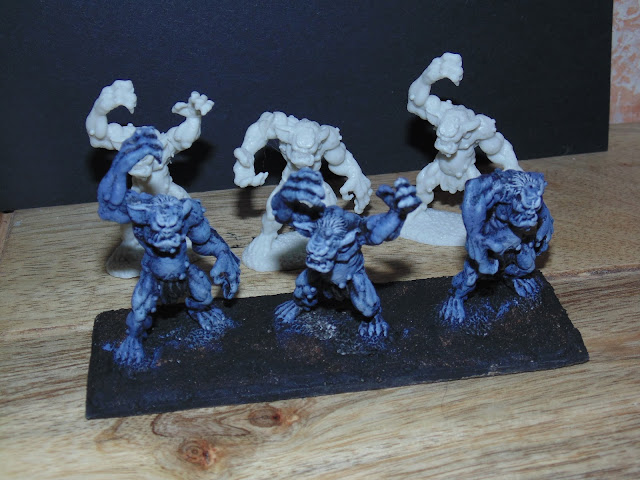