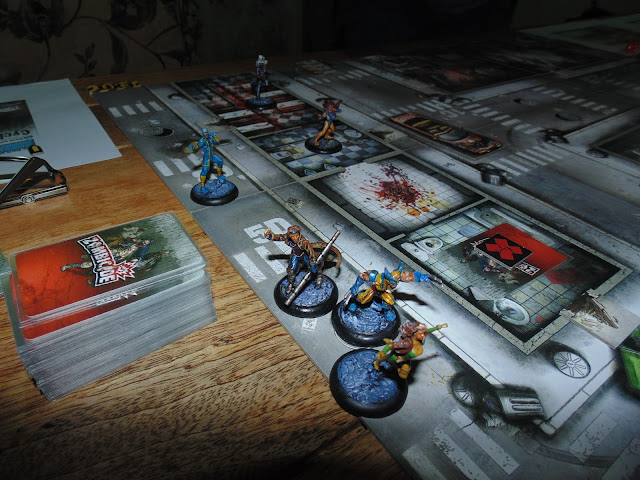 Another fun game of Marvelcide was had at the back end of last week. We got to play with 6 characters this time, two of us using 2 characters.

Again it worked well, there are a few issues with some of the characters, namely Rogue and Storm, but seems we have sorted Rogue and are in the process of re-working Storm.

To be honest it was Storm's first outing so we hadn't had a chance to asess her. 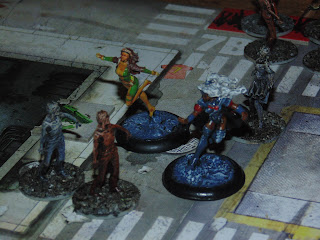 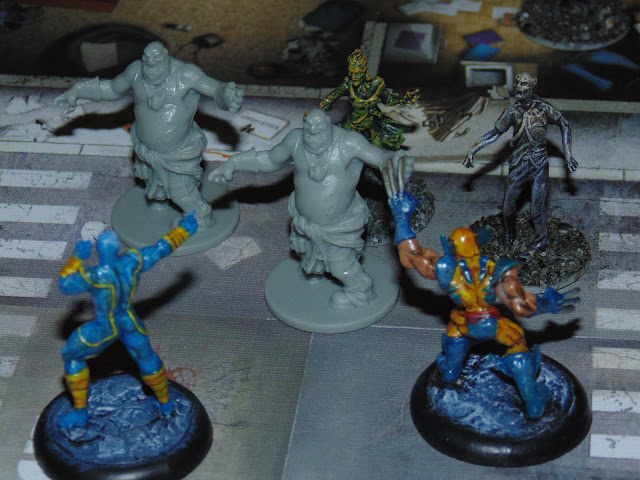 Cyclops and Wolverine find themselves under pressure. 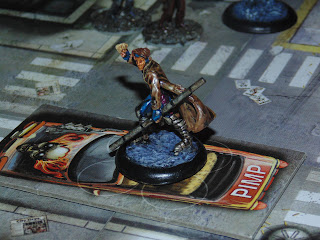 First outing for Gambit and he worked fine, spending much of the game riding around in a pimp mobile running zombies down. 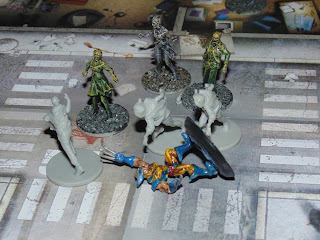 Wolverine goes down to the Runners, mainly due to Cyclops leaving him to aid Rogue who had got herself wounded in the scene below. 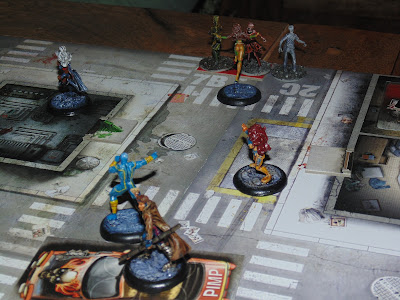 In Trick or Treat there are several special rules, and one has a invulnerable Abomination turning up, which it did early in the game. 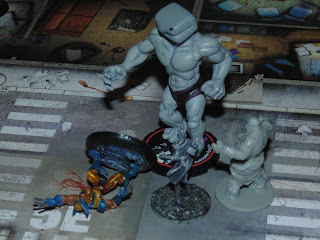 He went on to abuse the poor body of Logan. 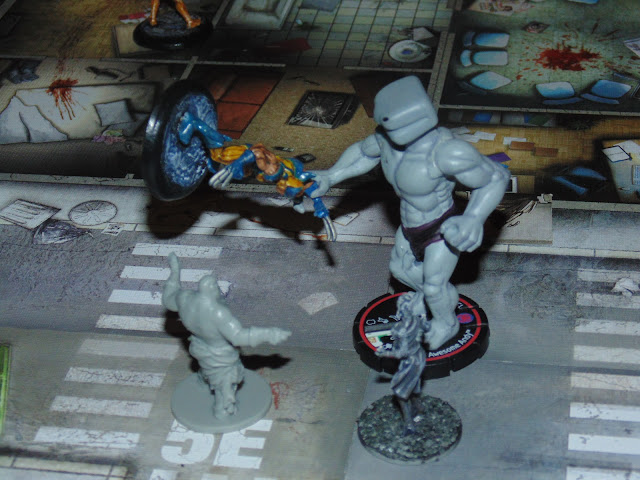 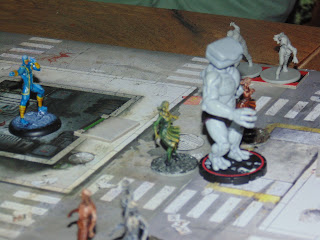 We dealt with Awsome Android (The Abomination) by trapping him in a room and shutting all the doors on him :-) 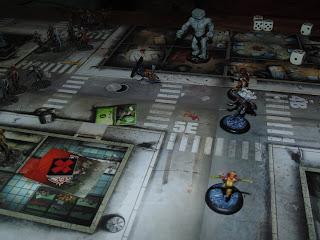 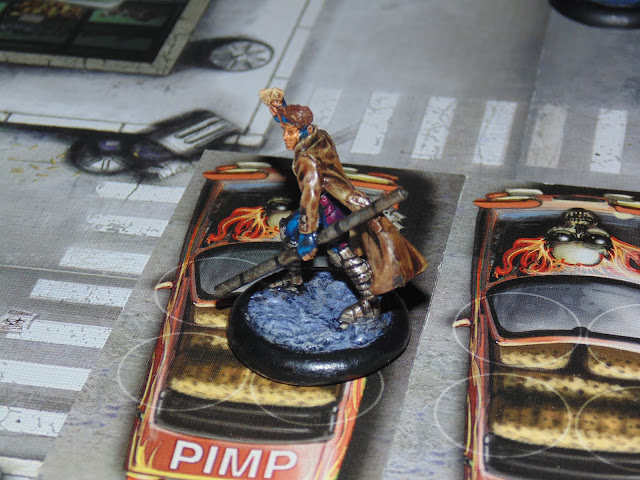 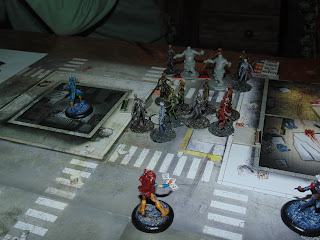 The rest of the game was spent avoiding large groups of zombies... 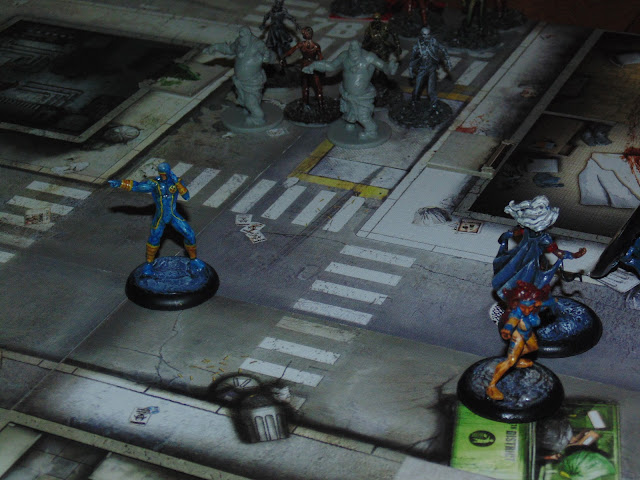 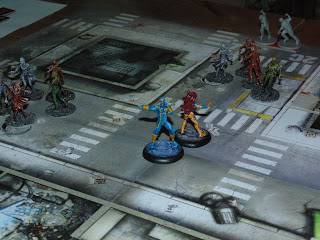 beating a retreat to the Exit Zone..... 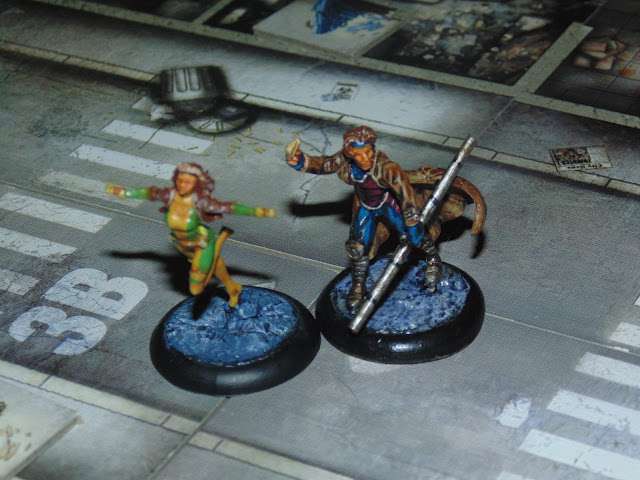 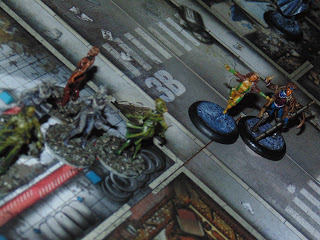 and finally completing the scenario with only the loss of Wolverine. Narrowly managing to escape through the building by jumping over cars and avoiding the zombies as they gathered. 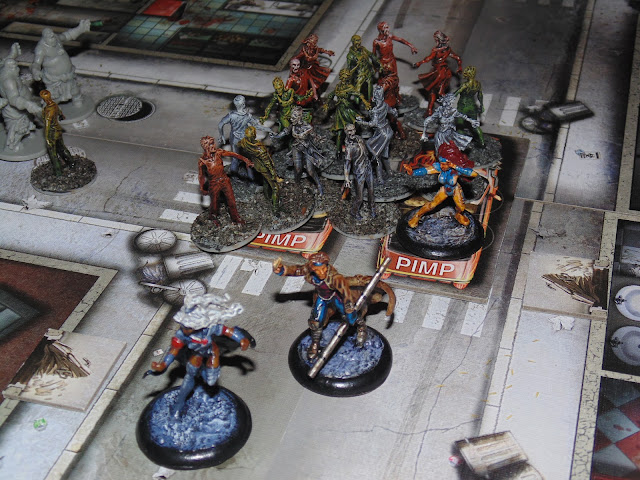 So great fun was had, playing with the Marvel characters has been great fun and is working very well.

Where we all agreed our version of the game needed some work was on the Equipment cards which the characters gain by searching. Its a very important part of the game seeing the players picking up weapons or resources, which at the moment flies in the face of the character types we are playing with, Storm toting a shotgun seems wrong somehow :-)

So I am going to try to create a few home made equipment cards to repace some of the weapon cards in the original game, hopefully for the next time we play.

Email ThisBlogThis!Share to TwitterShare to FacebookShare to Pinterest
Labels: Zombicide