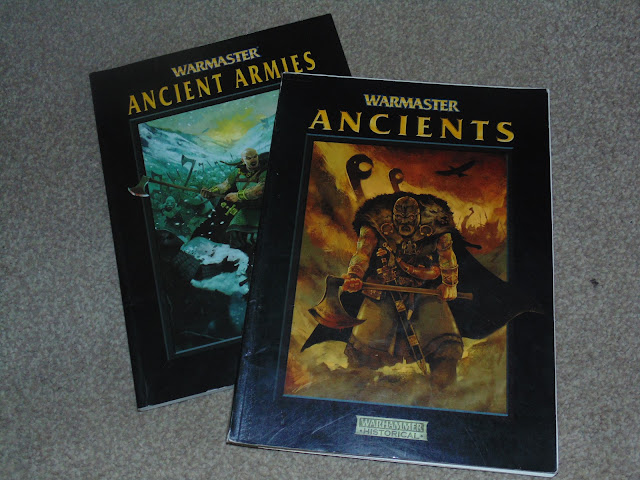 I have long loved the whole Warmaster system and the idea of playing with massive armies set either in a Fantasy or Historic setting has fascinated me.

So I thought I might get together the 10 mm models I have, these are from Irregular, and create two armies with which to begin gaming a solo campaign.

I will also be using the Unofficial Warmaster Skirmish rules to allow me to use the small number of troops I have to play more interesting games.

I'll be playing some 500 to 1000 point games for a while until I have the extra Romans I have ordered from Pendraken fully painted, but hopefully eventually some larger conflicts will be possible.

Also the smaller games will allow me to get my head around rules I have not played for 10 years or so. Later this month I will be playing a 500 point skirmish as the 2 forces meet for the first time. 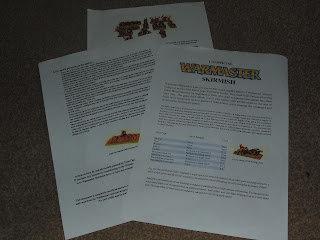 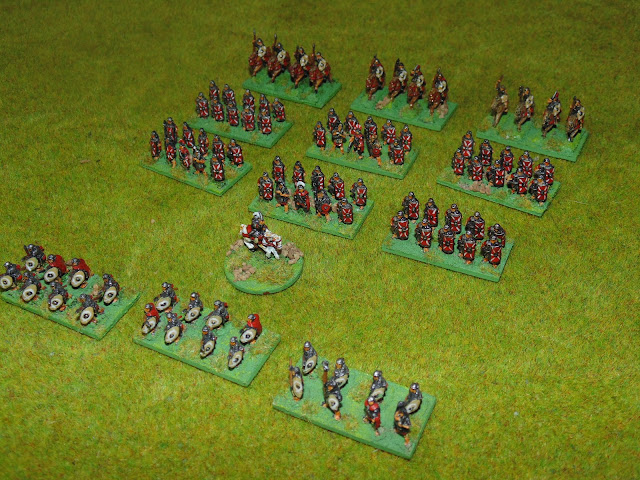 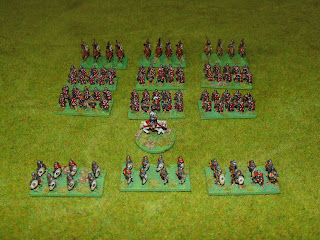 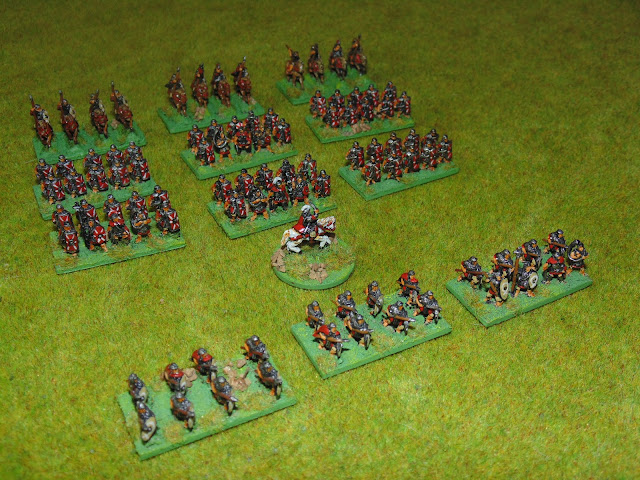 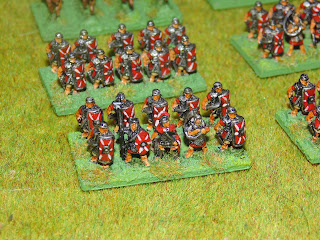 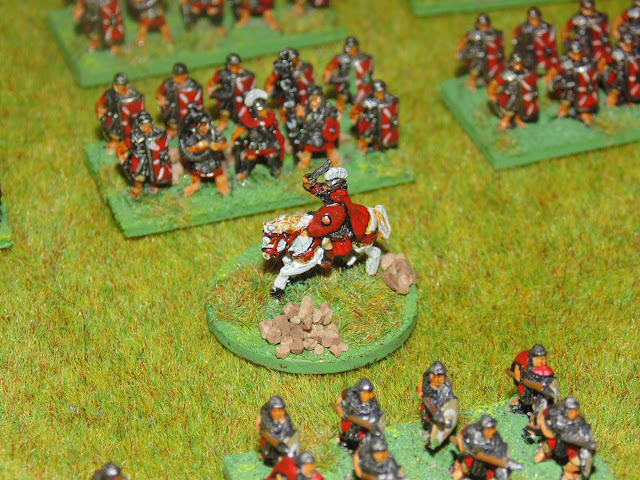 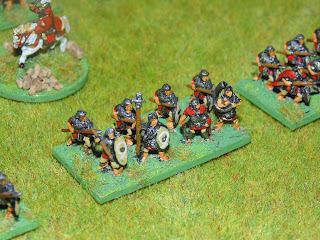 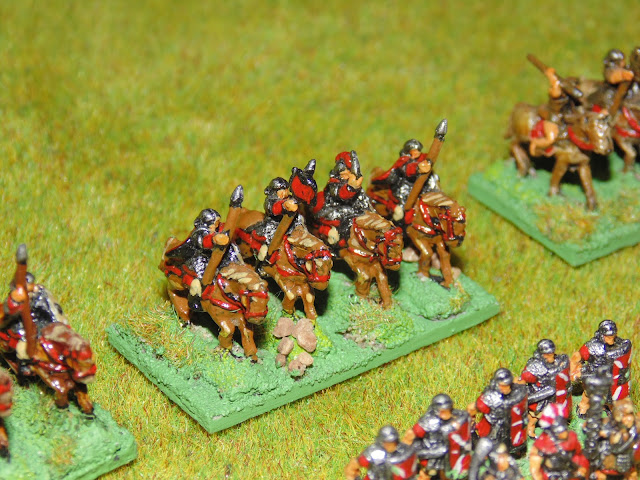 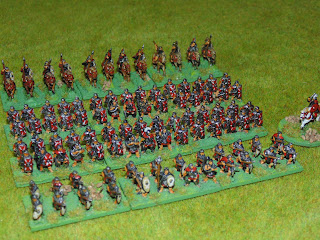 Set out in Brigade formations. 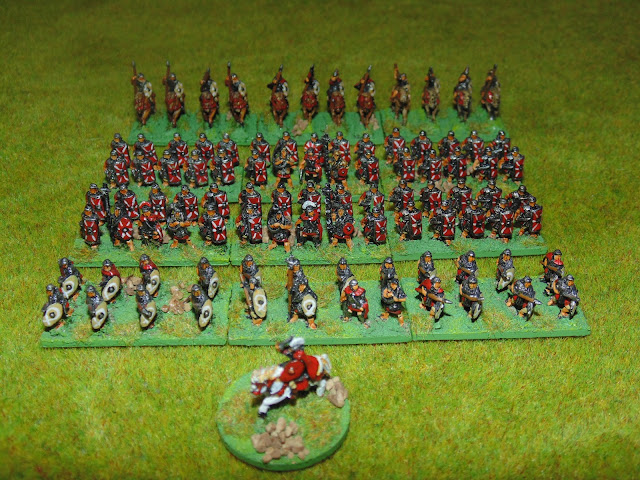 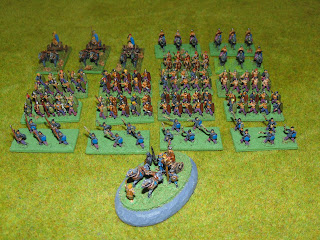 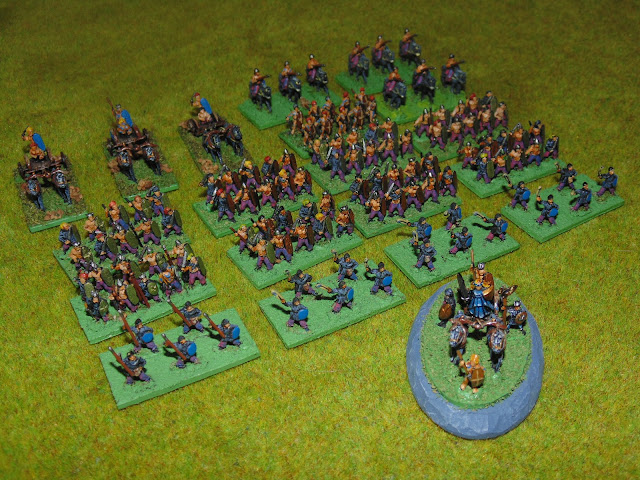 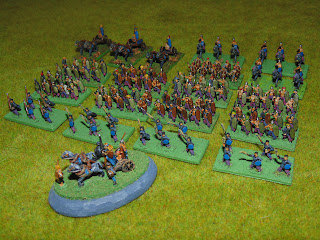 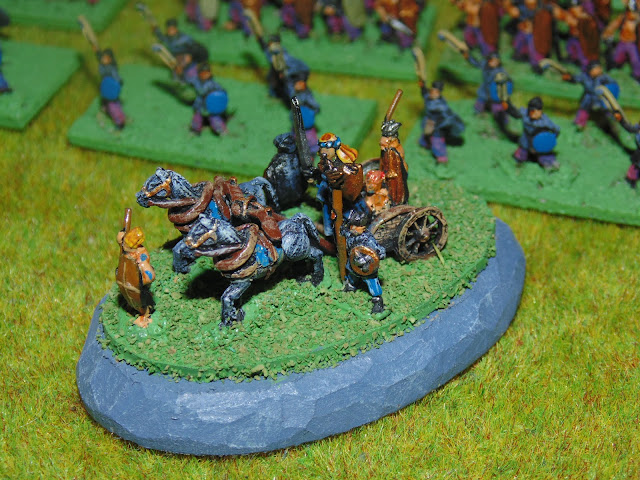 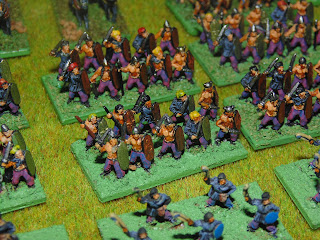 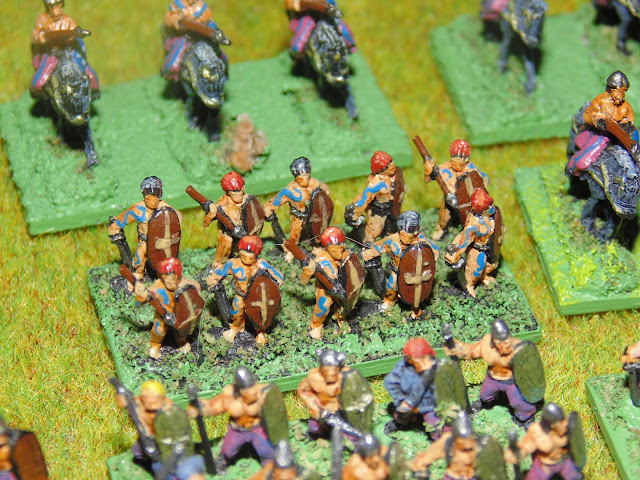 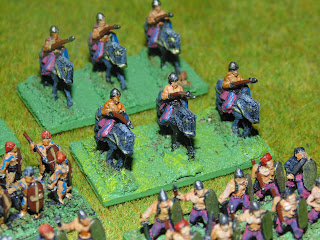 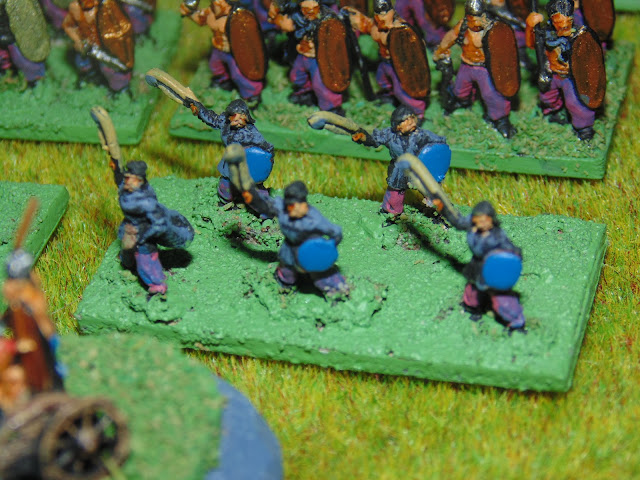 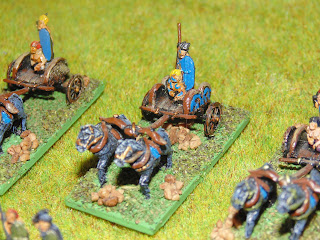 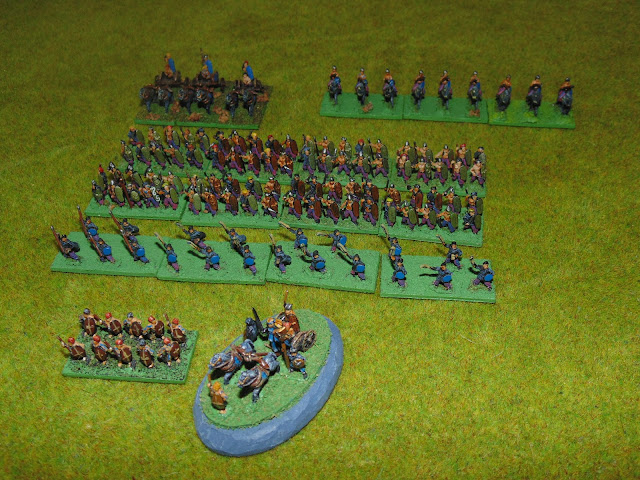