Lotoon Blossem: His Divine Holiness, is the rather enigmatic Mayor of Jaccio. He appears to be a very jolly character and to a certain extent it is true, he is. However, because of his continual dealings with the forces of destruction he has become somewhat cynical.

He tries to be positive with the people of Jaccio but often descends into negativity, he has spent so much time involved in political chicanery or adjudicating over minor or major criminal protagonists that it has tainted his view of human kind.

Thus he can be a very difficult man to predict when it comes to his mood. Depending on who he has been dealing with just before he meets the players, he can be pleasant or a tyrant.

Lotoon travels atop a floating disc guided by a small spite, but is always accompanied by at least 8 Jaccio Guard. Sometimes Erik Bore, the Jaccio Captain, will lead the Guard. 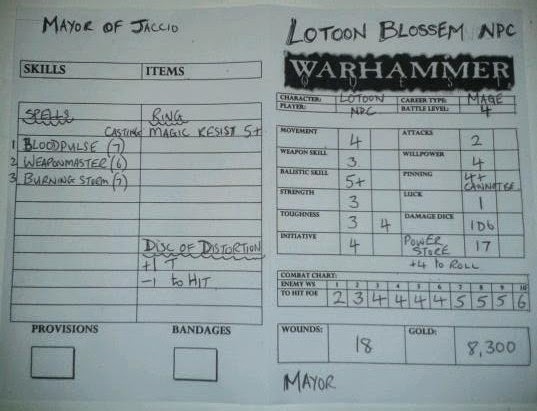 The NPC sheet that I use to help me play Lotoon. 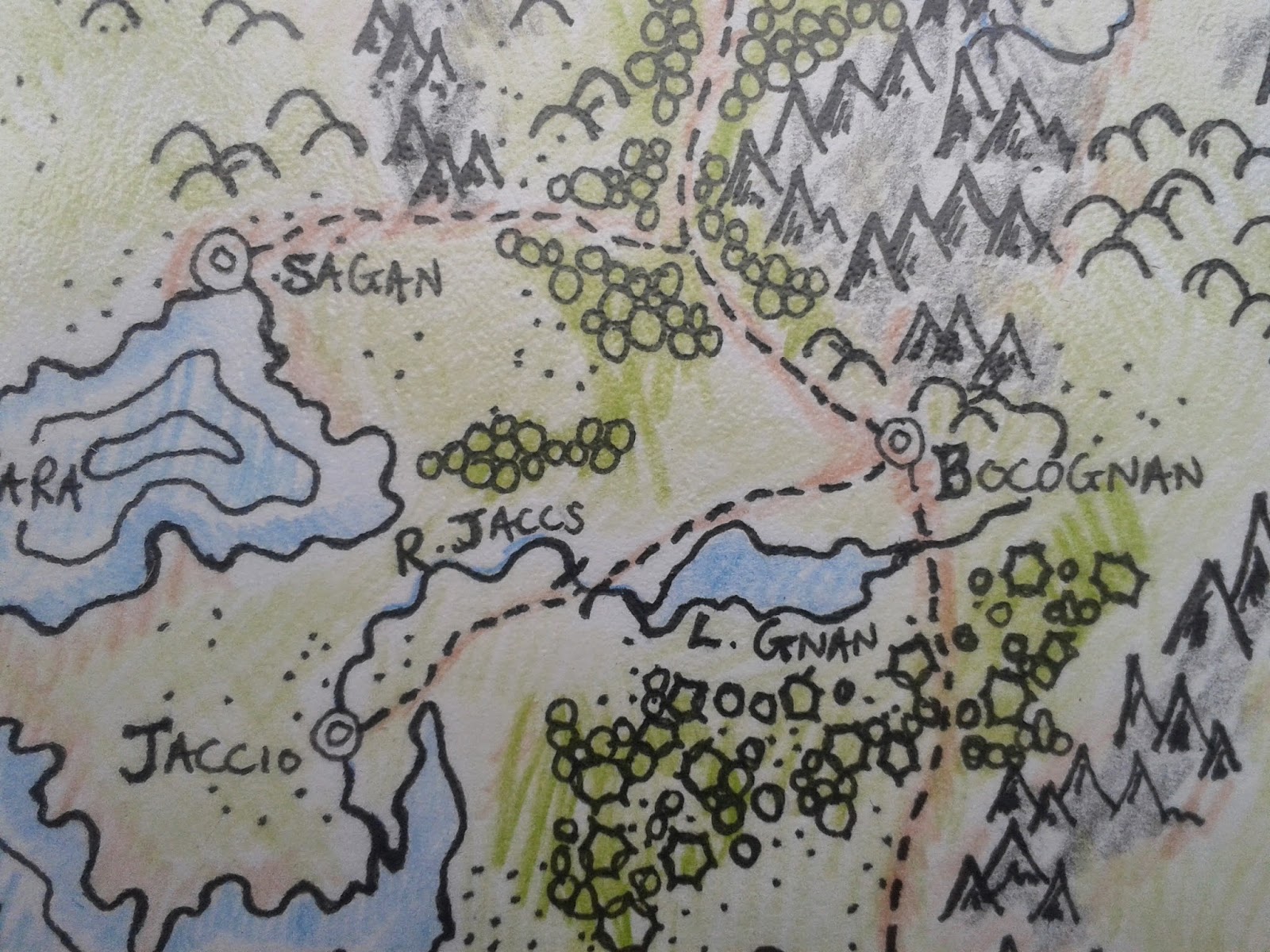