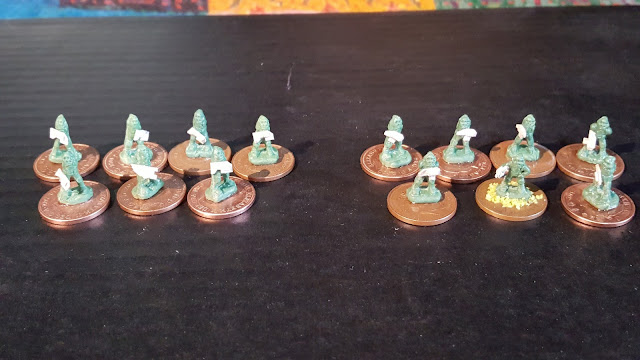 Short update on how the 5 Parsecs 10mm miniatures are progressing. 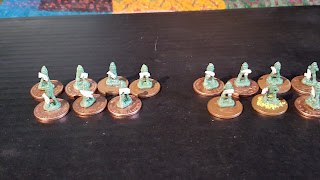 In total I cast 20 from the mold I made and from that lot I hope to build two grps to combat my characters in later games and some to start creating mobs of citizens who maybe on the streets at the time of a mission. 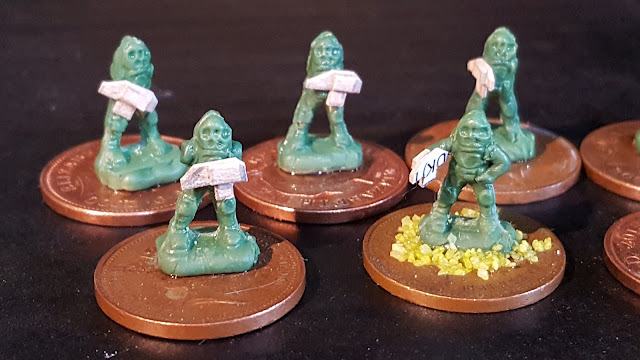 The weapons were made from cereal card as per usual and the lack of arms is obvious. I found it easier to add the arms round the guns rather than the other way round. 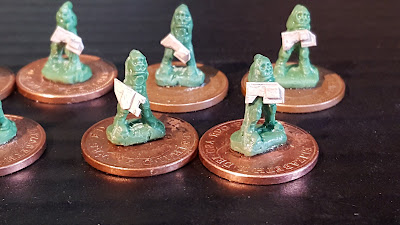 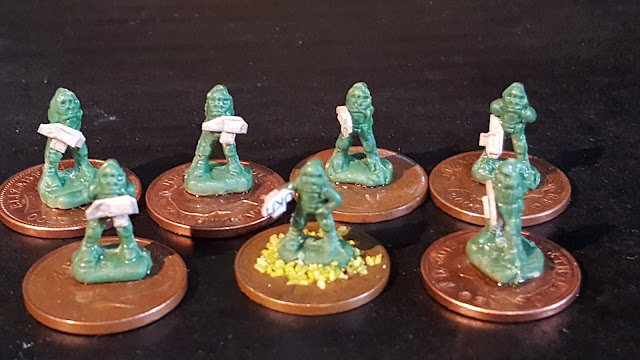 One group will be modeled a bit differently to make it obvious they belong to another gang etc. 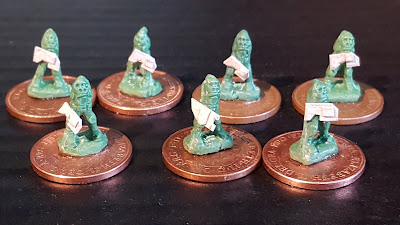 Should be ready to paint by the end of next week I hope.