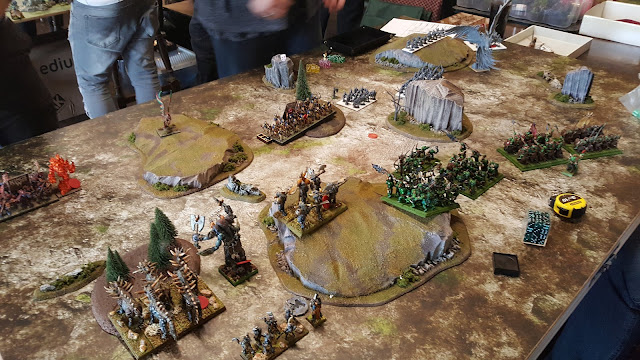 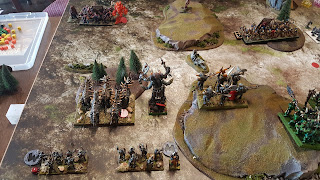 This proved to be a fun game, basically Mick did a brilliant job of holding the right flank, pretty much stopping the Brotherhood from getting to the objectives while I managed to eat through the Nature army on the left. 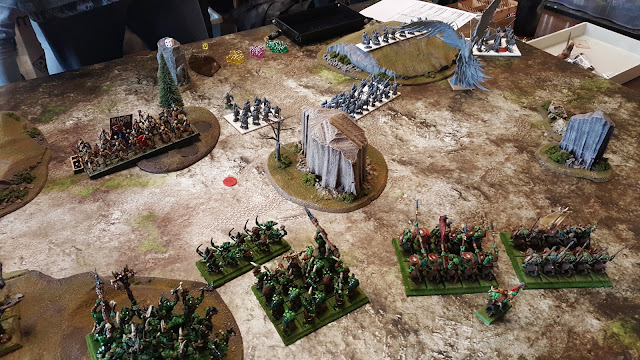 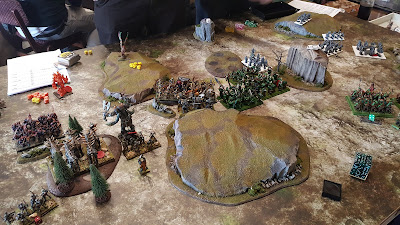 Hero of the game was the orc Warlord who took charge after charge and was only taken out by a horde of spears in the end. 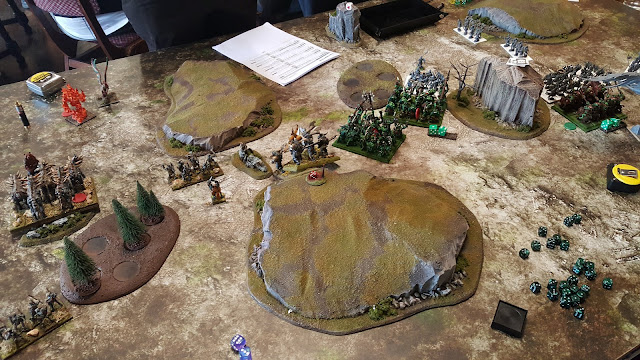 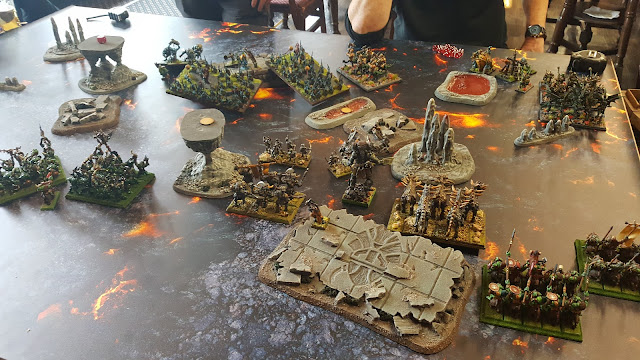 This proved very tricky as the terrain had made it impossible for many of the larger units to make contact or even reach the two marked terrain features that the scenerio asked the teams to secure. 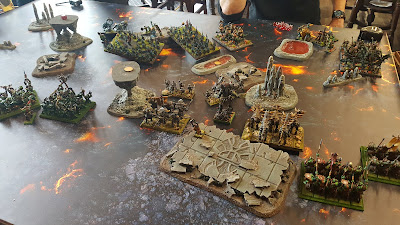 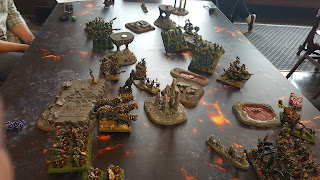 So in the centre my Herd tried to hold the features but poor Mick as left being picked off with some horrible shooting/magic from Lee! 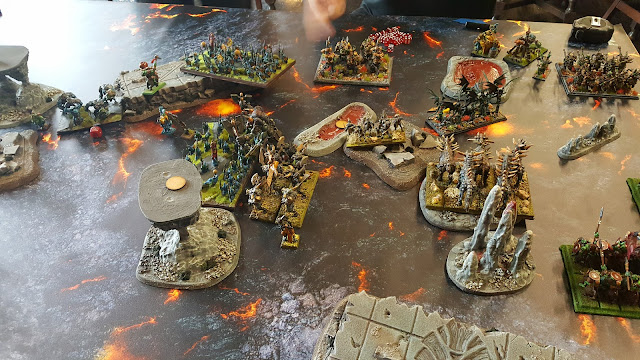 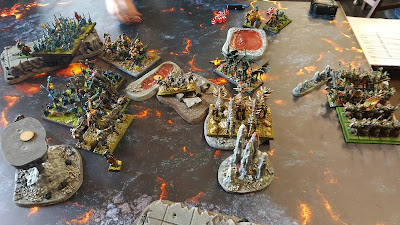 The Goblin Legion were the only real unit the Herd routed! 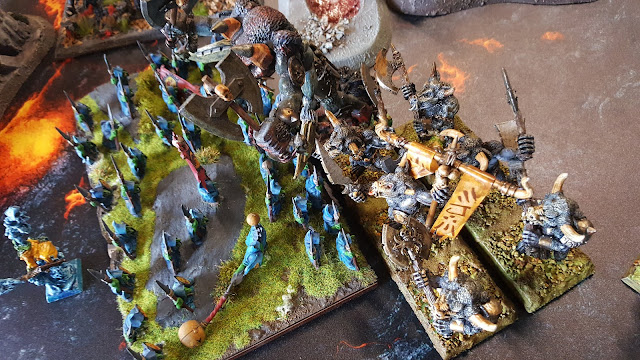 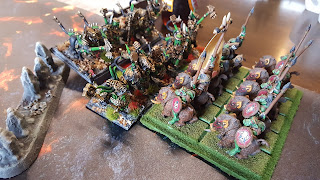 Mick's Orcs being picked off. 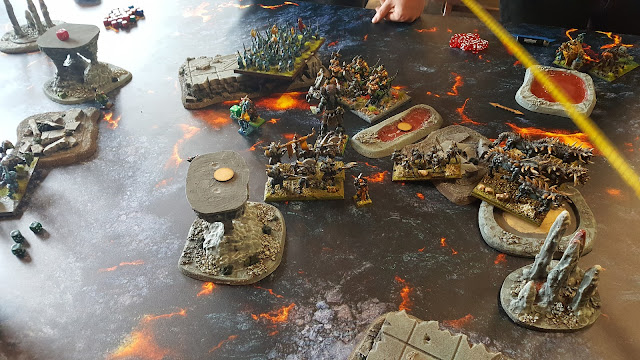 Not looking too bad at this point, but the Orcs were being sytematicaly wiped out. 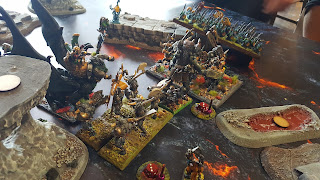 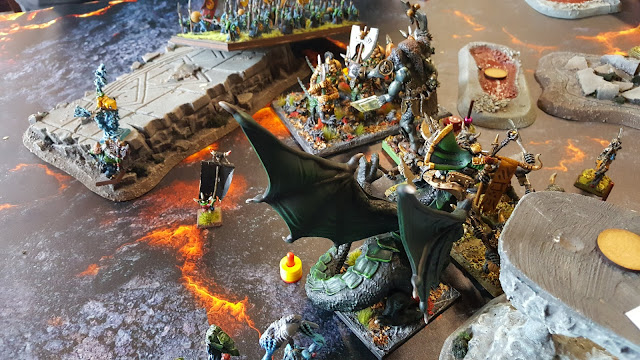 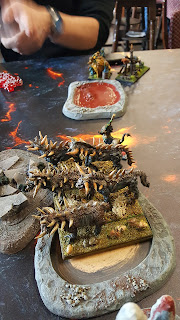 Then it was the turn of the Herd to be ousted from the field, this proved to be a loss for us. One objective contested but the other falling to Steve and Lee, a very tactical game, difficult to play due to the terrain, but very interesting non the less. 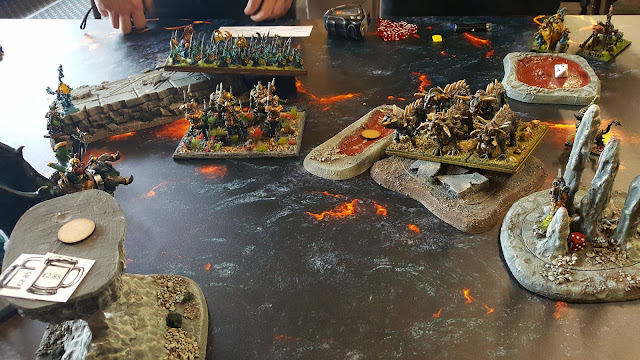 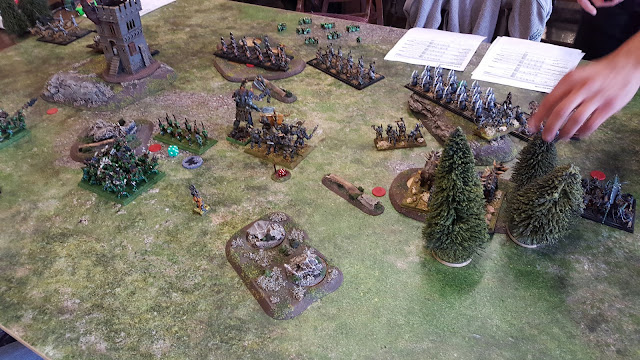 This was our last game of the day and despite being against, new to the game, Jon and Jeanette, we had a very close game that I could have sworn we had lost at one point. 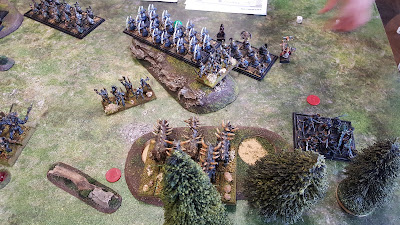 The poor unfortunate Stampede in the woods about to be surrounded and wiped out, very lucky 12 on the rout test wavered them and led to their demise. 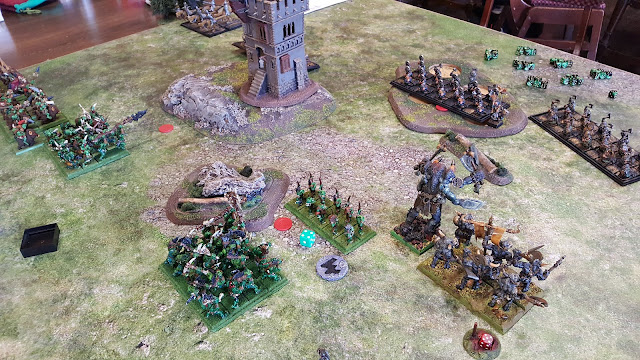 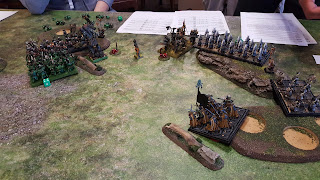 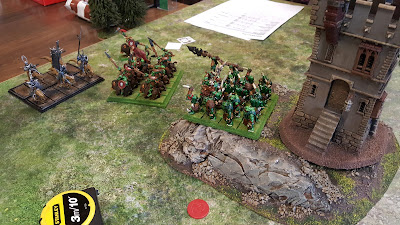 My Herd in the centre did less well, but did clear a space that the Dwarf/Elf alliance had to cross to reach any more objectives. 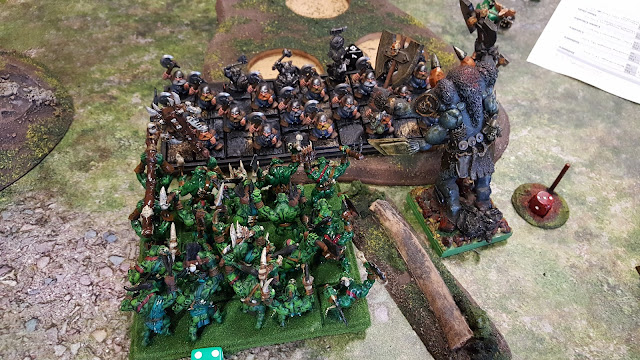 My Brutes fell in the final stages despite having had 48 attacks on the Elf archers they failed to rout them, I blame the hand that was holding the dice.... 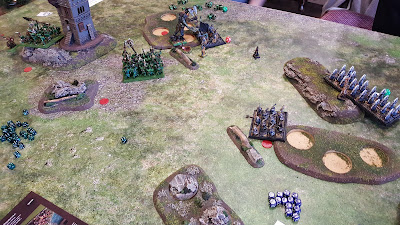 The distance proved too far and so gave the Mad Cows and Toothy Gits their second win. 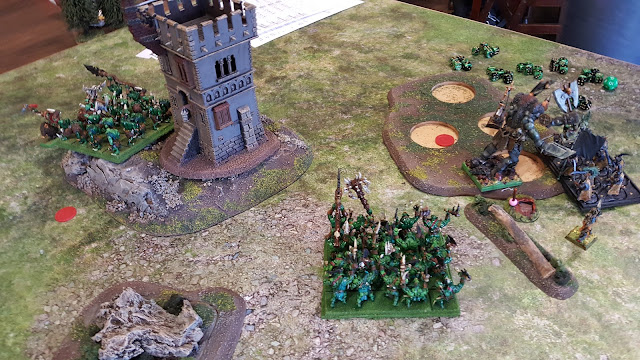 Post Game
We both had a good time and it has to be said our best result in the event so far, 2 wins and 1 loss is a big improvement on the last time which I think was 3 losses!!!

Many, many thanks to Lee, Luke and Chris for a fun weekend and to all the people who attended. It was a pleasure to meet them all.