After watching many of the games of Shadespire Riot has been playing over on his Blog over the last 6 months I have decided I have to have a go at this game. I used to be a great devotee of GW games but in the last few years this has dropped off, especially after the Age of Sigmar changed the nature of Warhammer beyond recognition. 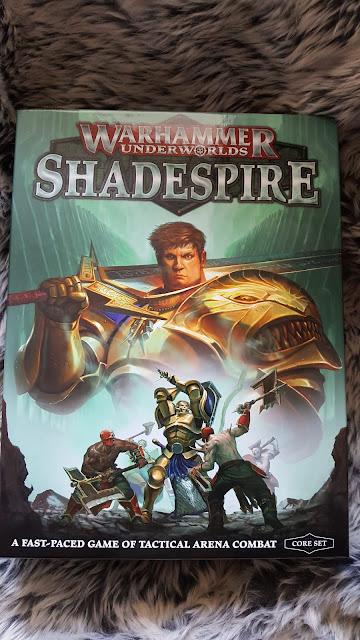 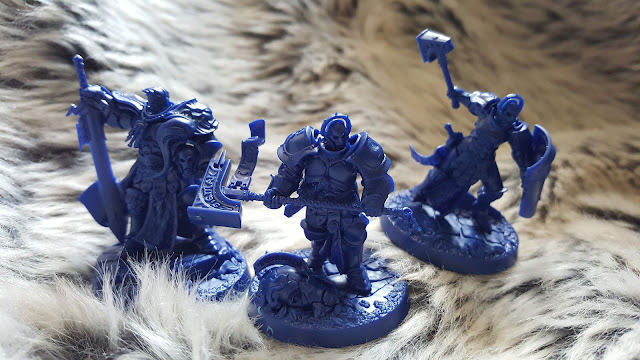 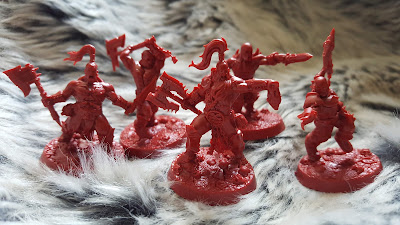 I really felt It was time to give GW a go and the game looks quick and fun, so I invested a small amount, another draw, and bought a copy. I intend taking it to the WWarrior's and to Luke's to try some games in the next couple of weeks. So far I have managed to put the models together, hoping to get them base coloured soon.

Totally unrelated I have had a Zombicide week this week also, playing twice over 2 evenings and it reminded me of just how much I enjoyed this game too. The first we won, but the second ended in complete defeat as a huge horde of trapped nastiness just rode right over us. Great fun :-) 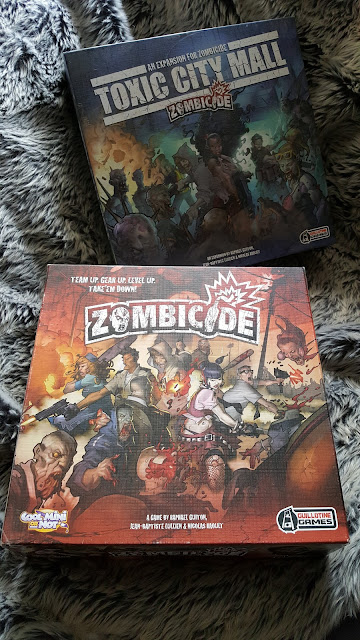 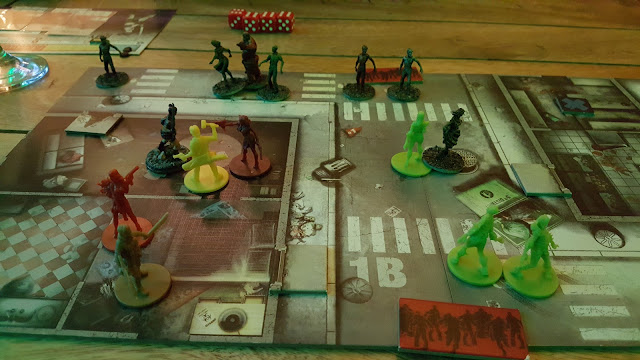 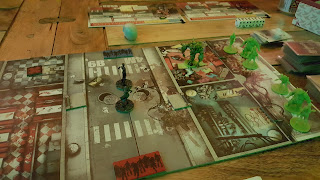 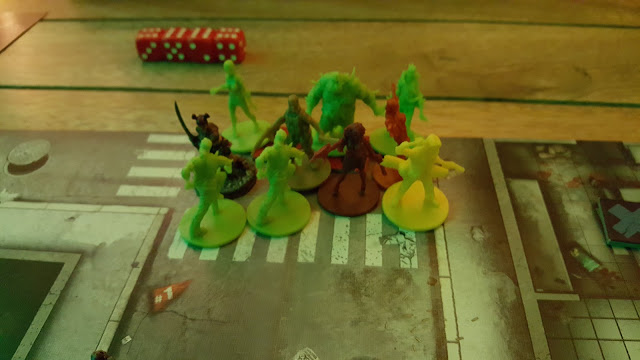 We had managed to cheat death on many occasions during the game, with some very poor equipment. 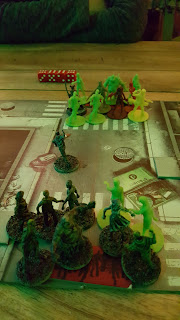 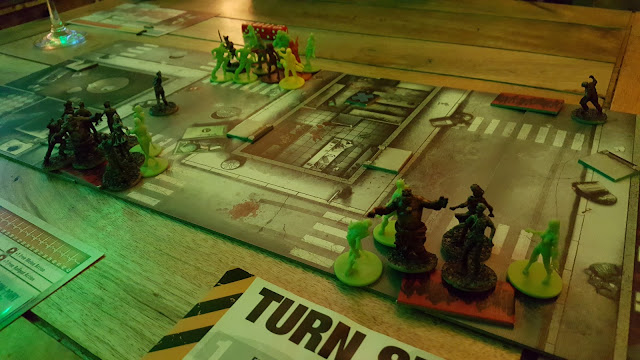 The early turns saw some of the group only having canned goods to fight with. 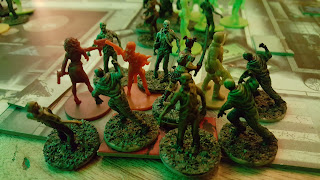 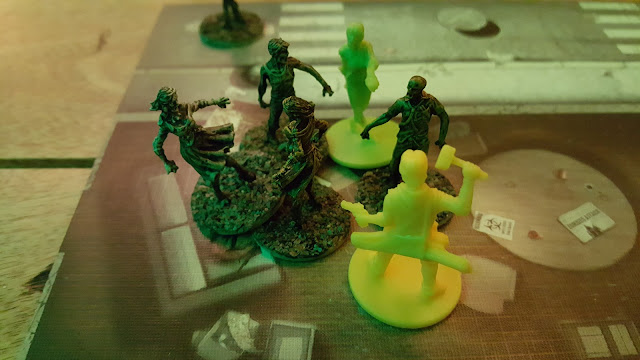 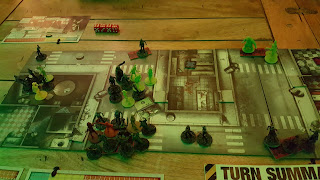 By the end of the game many of us, five, in total had weapons but not the items we needed to face the last and ultimate horror. 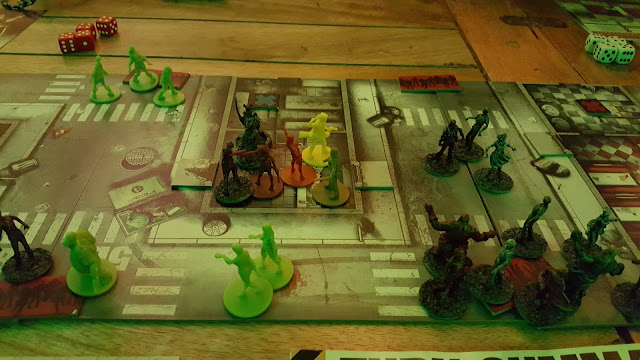 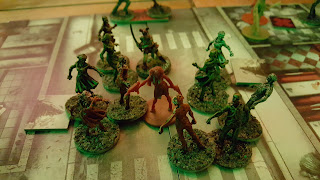 The horde trapped in a cut off street, the gang searched desperately for a Molotov, but there was non to be had. 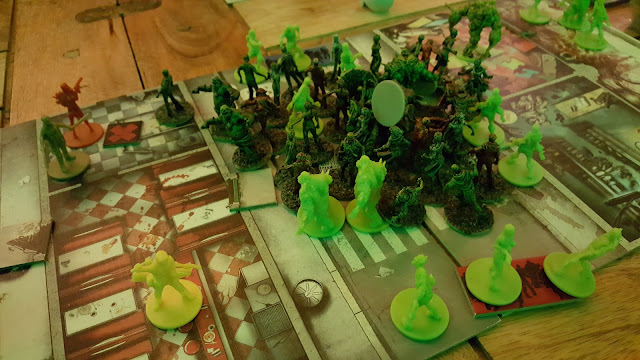 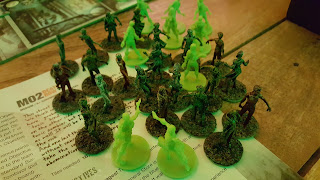 We managed to shoot this lot, but it was just too much to cope with. 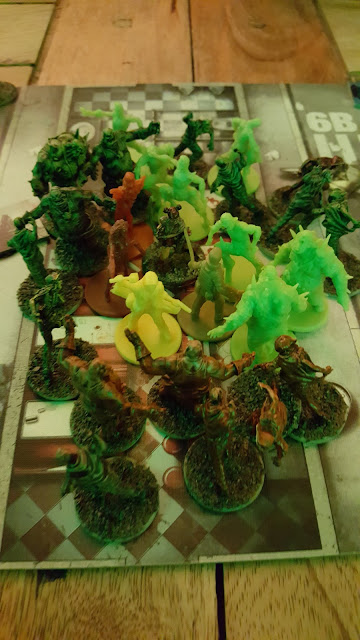 Yes, we checked the deck and the Molotov was just 4 cards away, very very frustrating, but there you go.