Last week in a game of D&D I've been running we had to play a game without a piece of key terrain, basically a wagon.
I posted the initially buildy bits a few days ago and now, since it's complete I thought I would post the modelled and painted miniature. I didn't add a horse in the end mainly because the characters had to move it themselves the last 15 miles as the horse was eaten by wolves, poor thing. 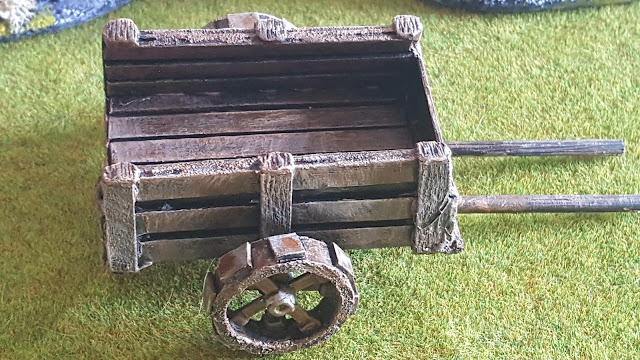 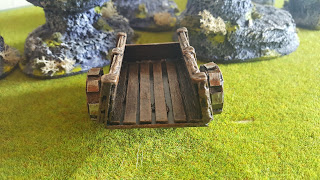 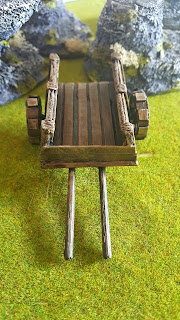 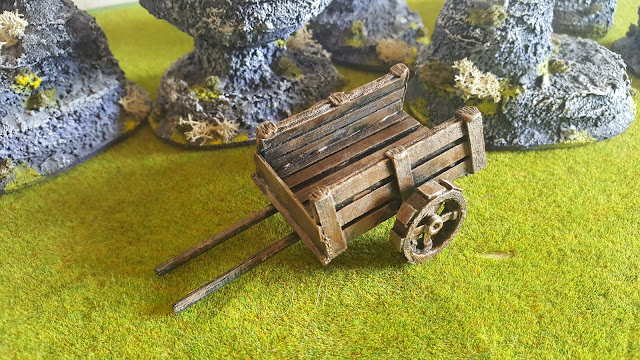 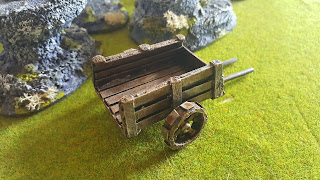 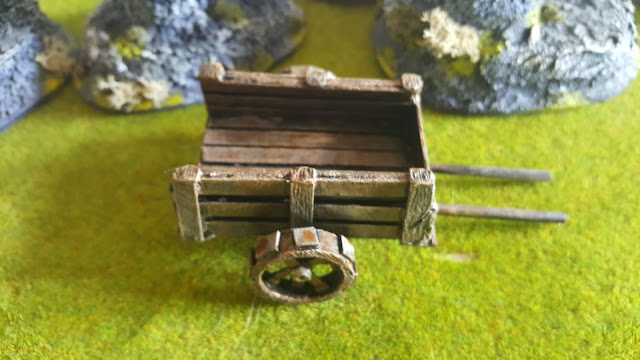 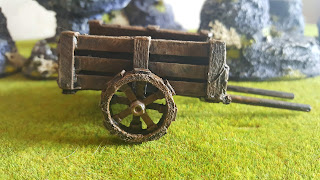 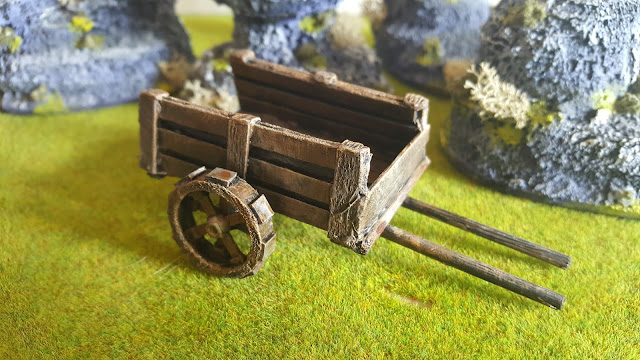 The wagon is one of three owned by Gondo Holst a trader in my campaign, in it were many important items heading for the large town of Bocgnan, so it had to be hauled all the way. Just to put you out of your misery, the PCs managed to arrive in Bocgnan safely, although Yeti's were involved.
Posted by Darryl Hunt at 06:04