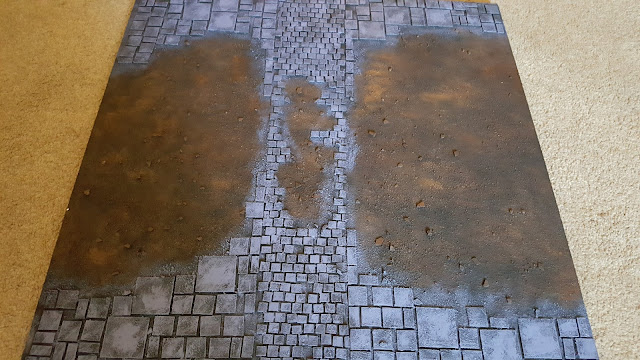 I have been working on a second 2ft square board to go with the first I made some while ago and this is a bit of a record of where I am with it now. 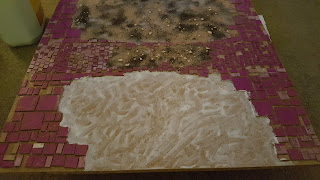 I had already glued all the card pieces to represent the cobbles earlier in the year, but had then completely lost steam and shelved the project. 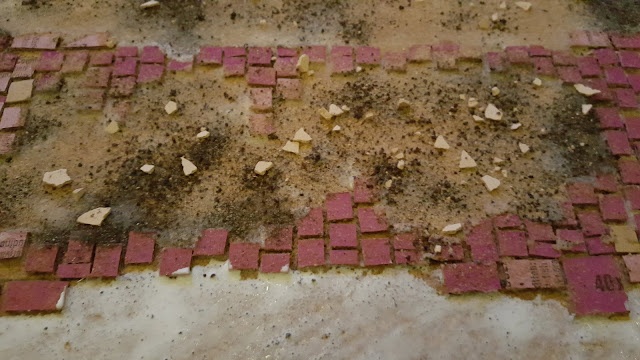 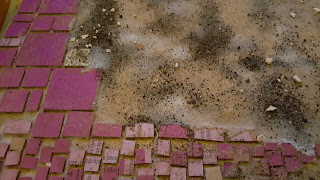 Adding loads of rubble, plaster bits, gravel and then sand. 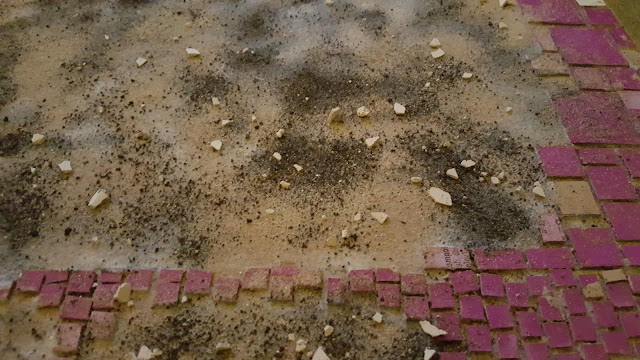 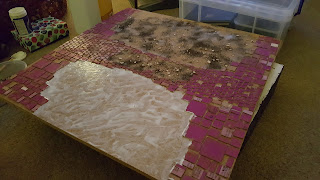 I coated it all in 2 layers of thinned down PVA, would spray if was at Luke's but I don't have the luxury at home, took my time and painted it carefully. 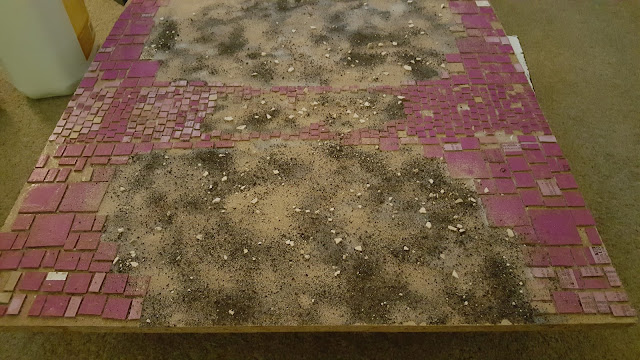 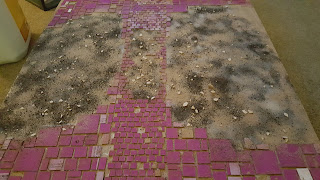 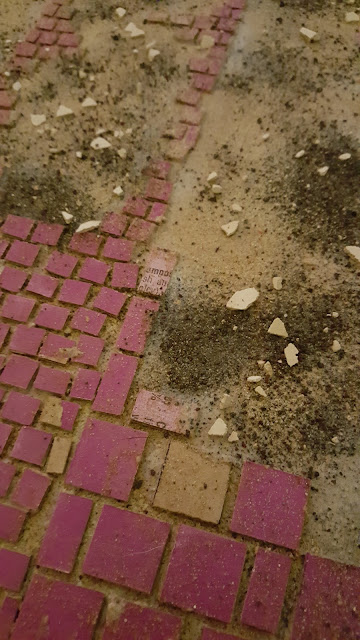 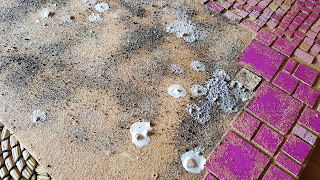 Picking out particular stones with PVA that might pull off. 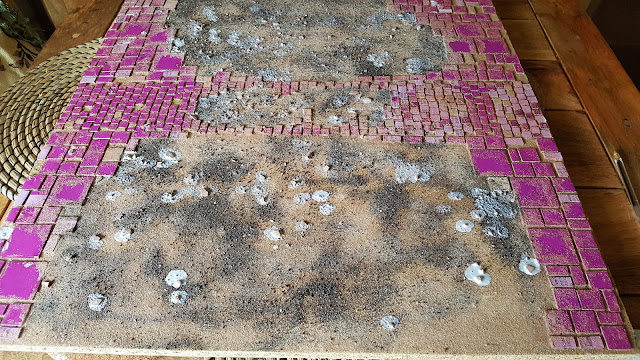 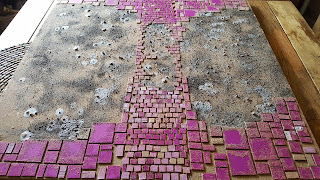 Base colours, grey and brown, these are match pots rubbish that do the job, never use expensive paint for terrain, it eats it. 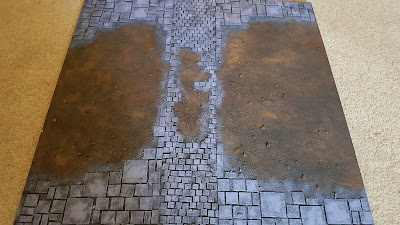 One thing I did differently this time to the first board was coating the cobbles with a thinned down PVAcrete mix to try get into the sides of the cat food box card and make it easier to paint later. It worked well and gave the cobbles a bit of texture, which I liked. 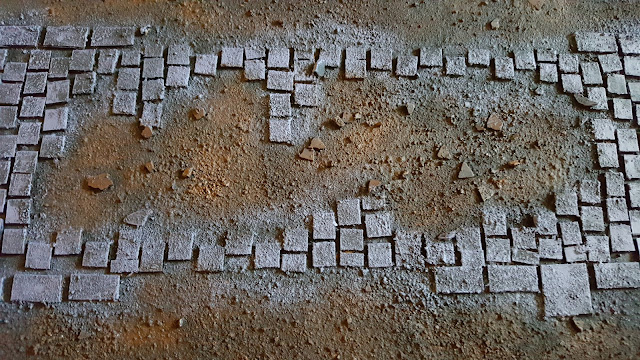 Will have finished painting in next few days hopefully and then seal with glue and will post fiished piece. 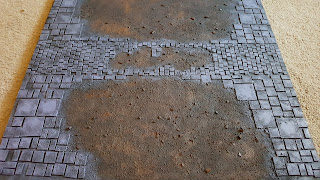 Below are the stage before pics when it was undercoated in black, order up the spout sorry. 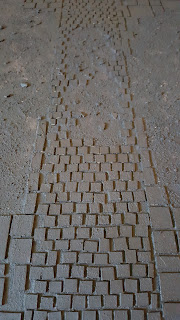 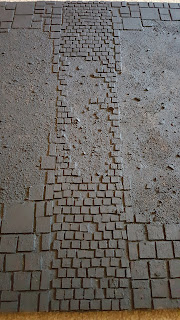 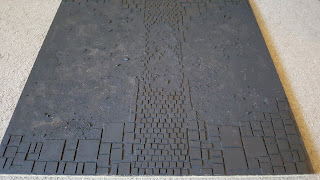 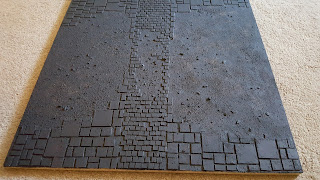