For some time now I have been unhappy that the models I was using as the crew of the Odi, were not modeled by me entirely but converted from Irregular miniature Ancient Celts. There's nothing wrong with using them as adversaries but not as main characters, heavens no!

So I have set about building these from scratch, wire frame over which I sculpted green stuff. 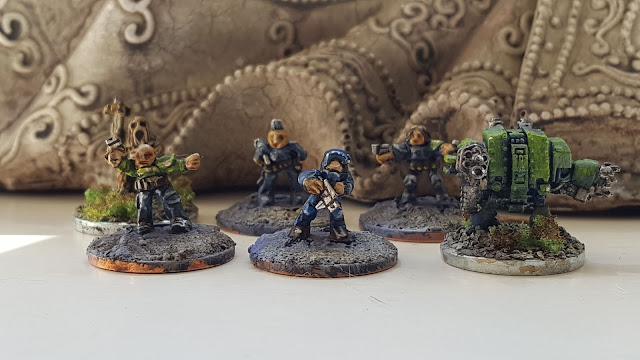 Darrsha had been made previously and Timtuc is a GW epic miniature. 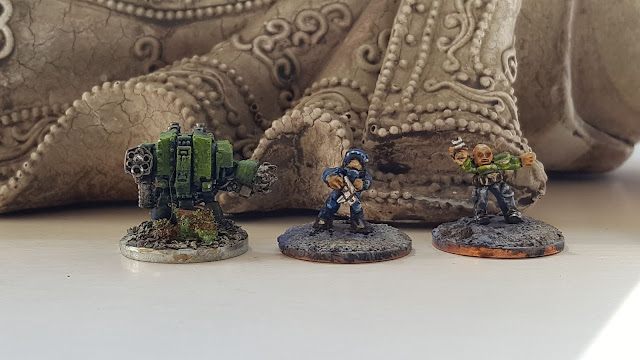 I would like to point out that the following character sheets are my design and are not sanctioned by either Ivan Sorensen, Nordic Weasel Games or the Unity Authorities. 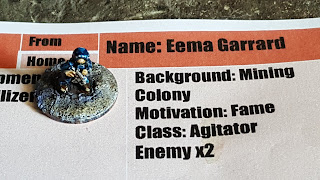 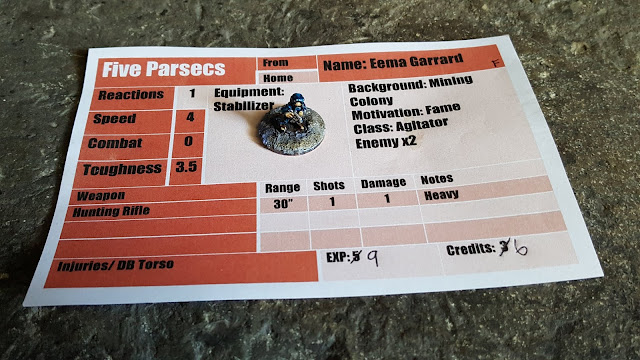 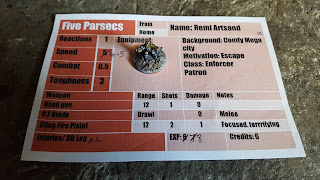 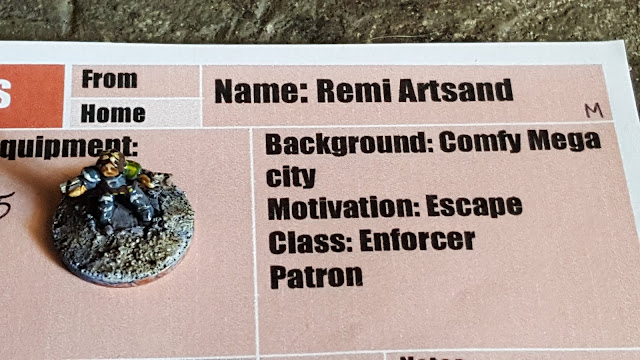 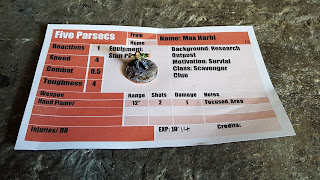 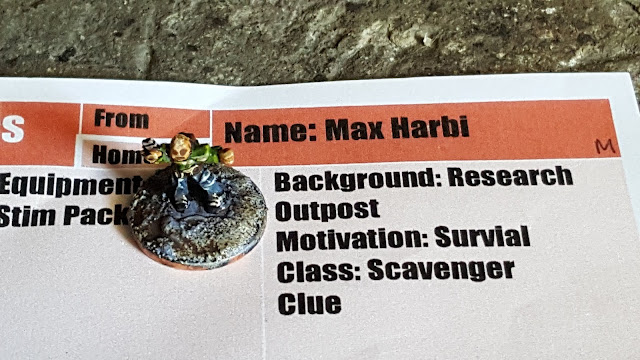 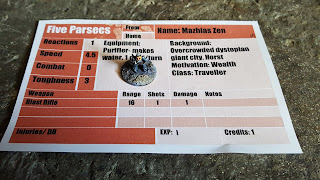 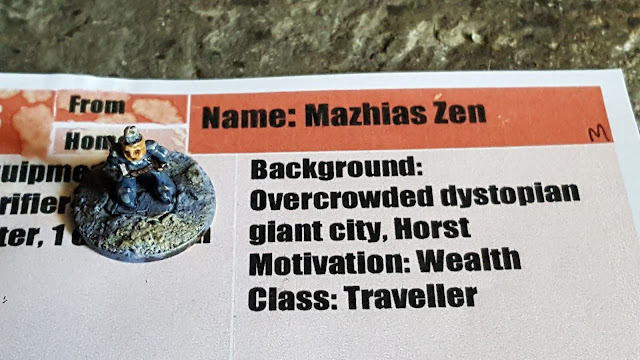 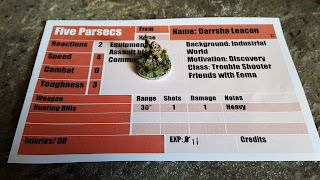 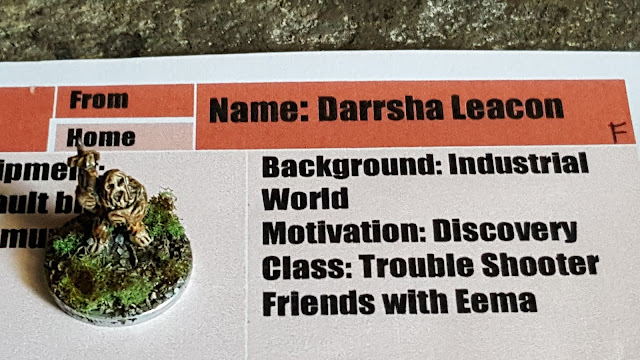 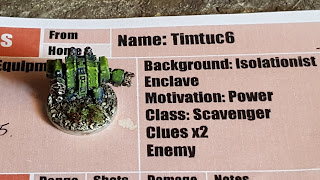 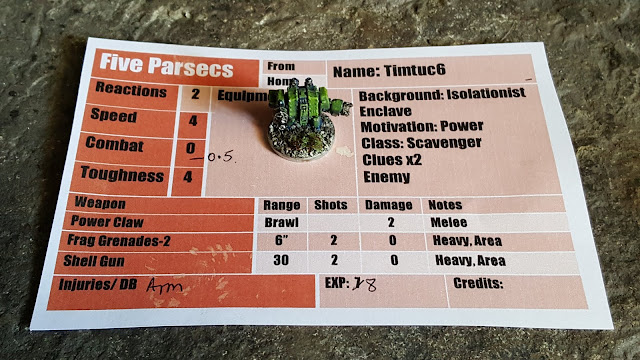 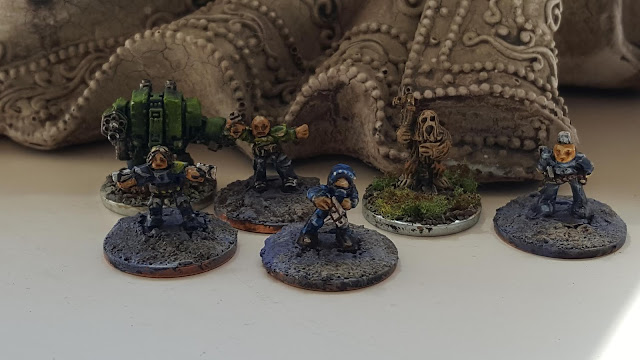 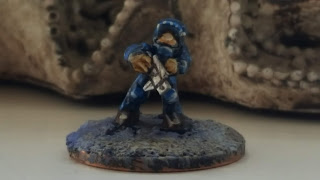 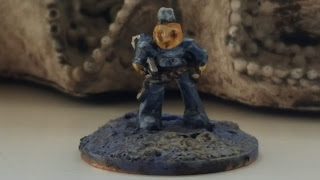 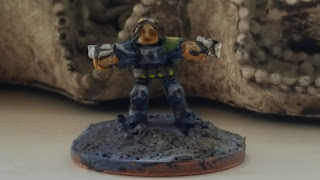 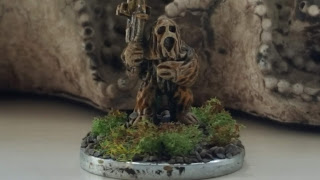 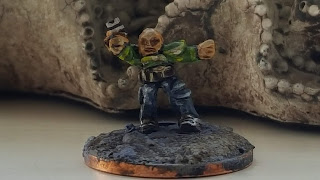 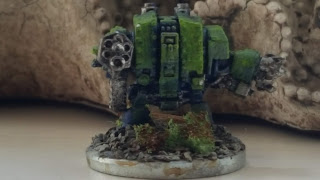 Didn't take any GS pictures and had undercoated them before I had thought about it. So just decided to post the finished versions, although I will be adding some more bits to the bases eventually.