Mighty Empires: Setting Myself a Challenge

I have for quite some time had a copy of Mighty Empires in my collection of GW games. First off was the original version from the 90's game which was produced to acclaim at the time.

But some years ago now I was bought the newer plastic hex version, which proved to be totally rules lite. However the tiles were smashing although I never got into painting them. Skip a few years and my friend Mick suggested we play a Saga campaign and use the Mighty Empires set I have.

I agreed and then sat on the tiles for the next 2 months, not literally that would be uncomfortable and odd, but recently they came down from the loft and are being undercoated as I type, yes I have 4 arms.

So I will record my endeavours with said tiles. 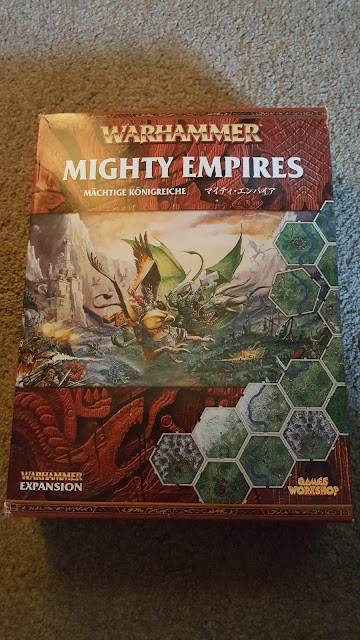 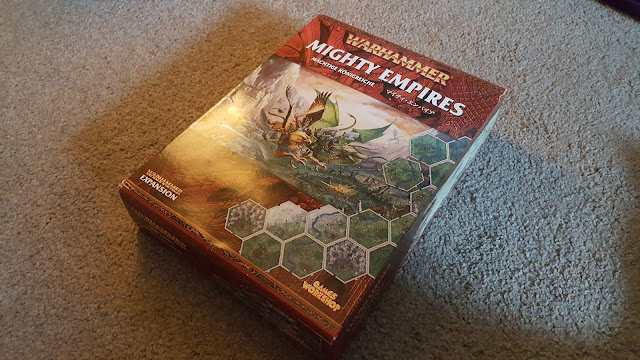 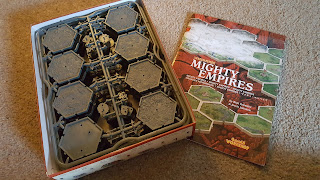 Have started undercoating them. 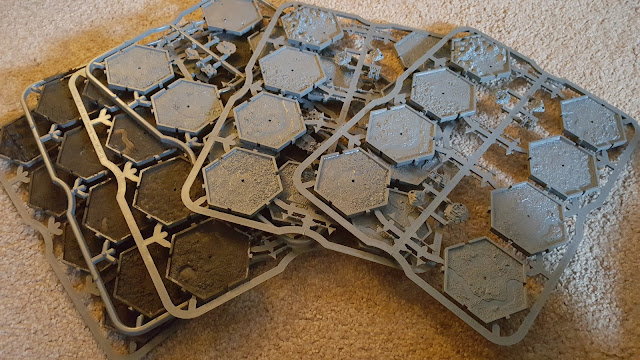 These are some extra tiles I got off Ebay cheap, the block of 6 were sadly glue together. 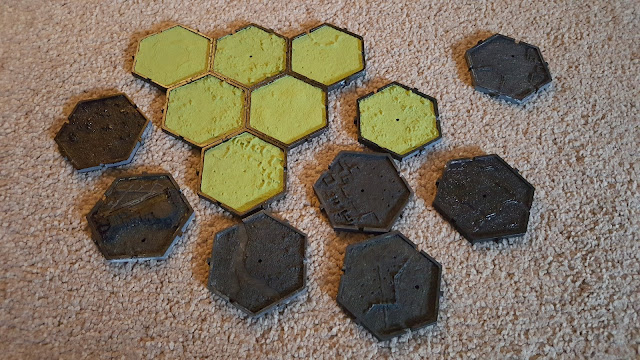 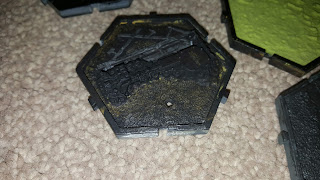 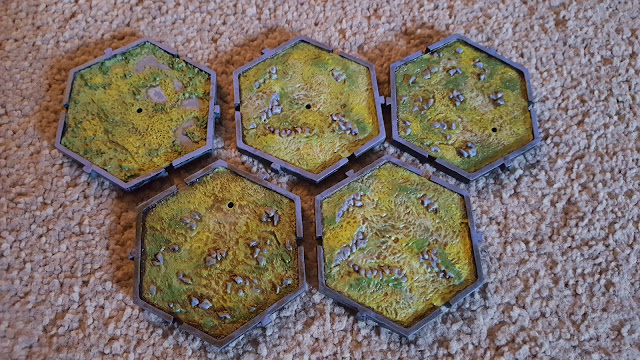 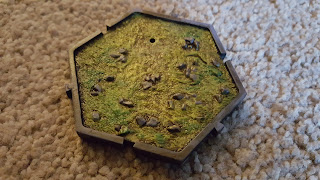 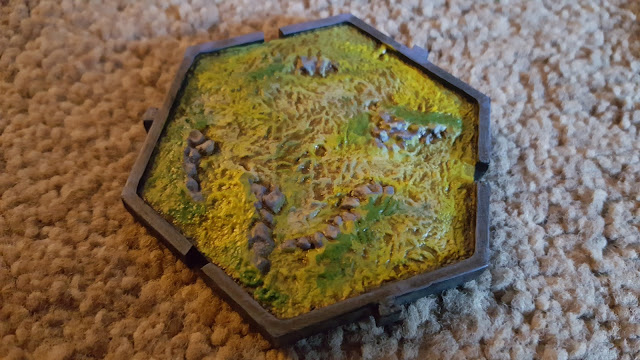 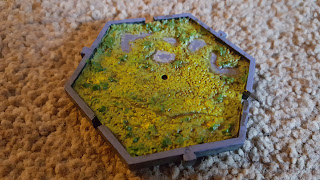