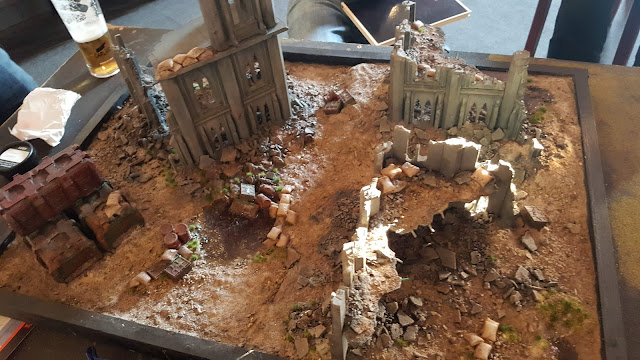 Was down at the Wakefield Wargaming Club on Thursday and was lucky enough to have my first game of Killteam against Luke. 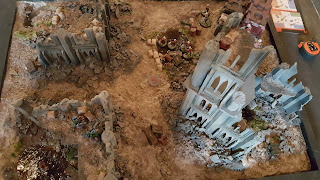 We played on the board he had been working on recently and I have to say, although I am biased, it looked very good. Very realistic. 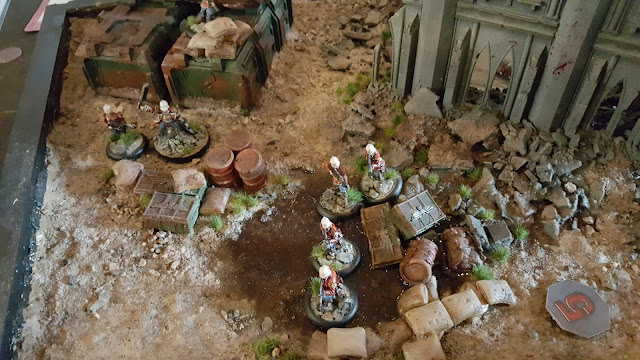 Oddly enough we were playing Astra Militarium Vs Astra Militarium, which meant we should have been able to pick up the basics quickly enough between us. As it turned out we would have missed loads if Chris hadn't helped us out. Cheers Chris. 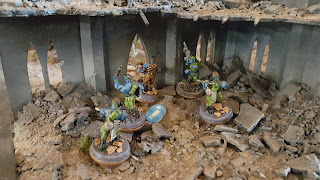 We only fielded 10 models each to get us used to the game. 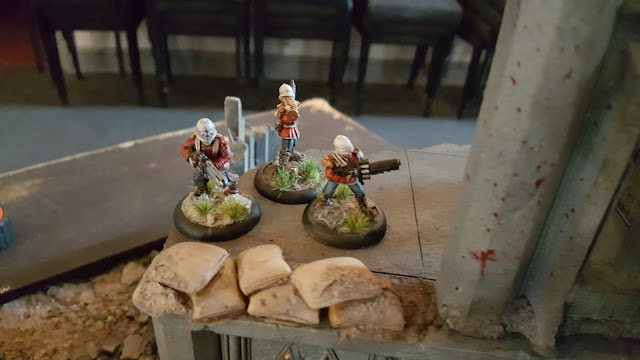 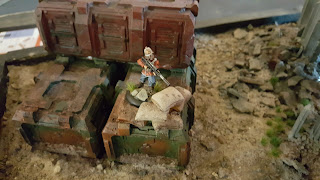 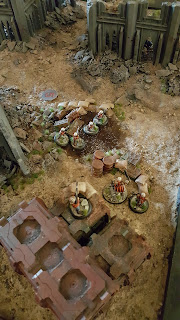 Basically my Rogue Troopers couldn't hit a barn door for the first three turns and Luke took the game with consistent and well rolled fire each turn. 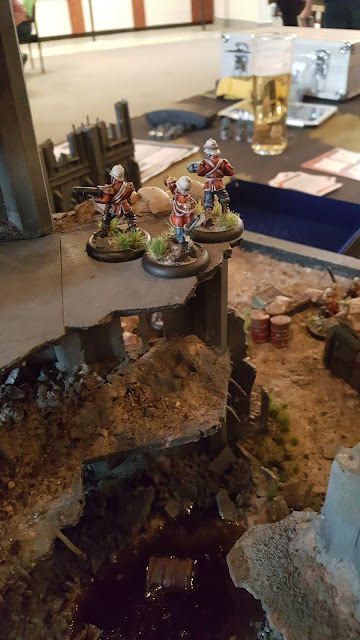 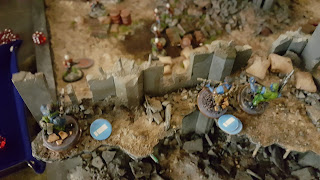 My lot with loads of flesh wounds and checks to make from early on. 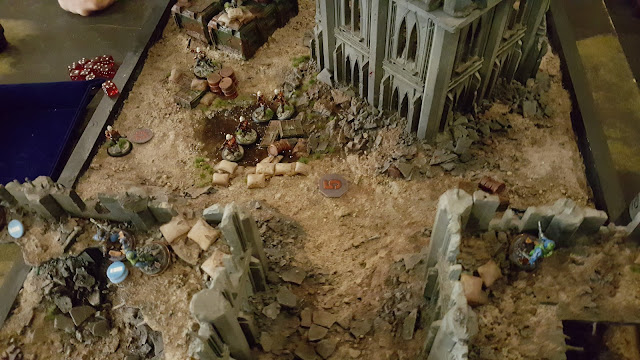 Luke's troops seemed to be able to stand in the open with impunity, undoubtedly singing some merry ditty from somewhere in Wales, and not get shot at all! 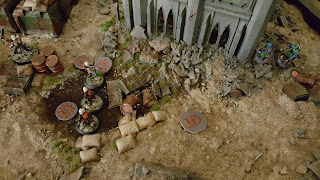 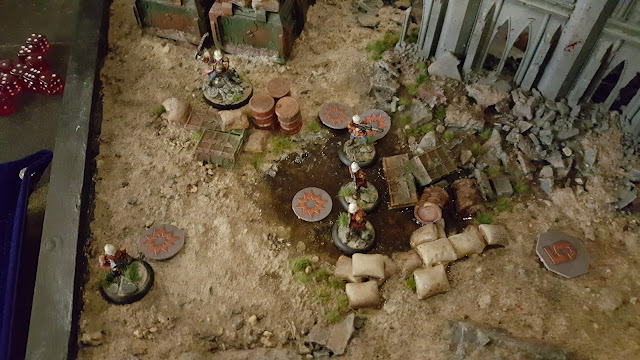 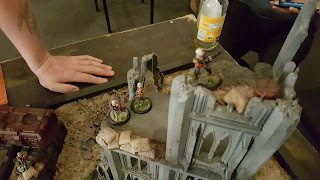 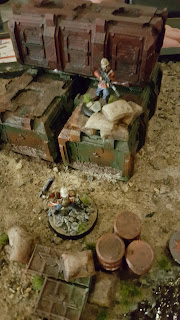 Slowly the Rogues were being picked off. 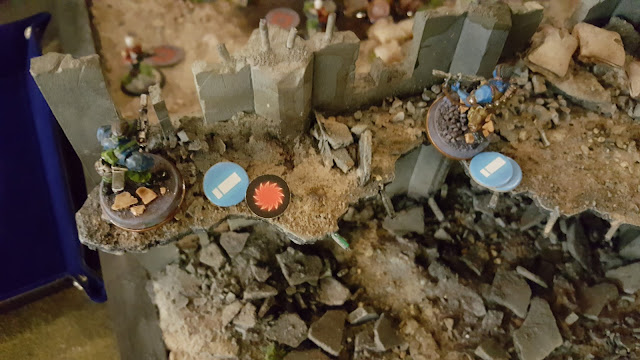 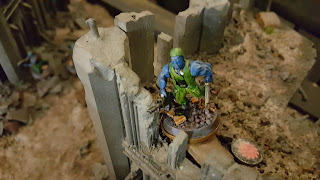 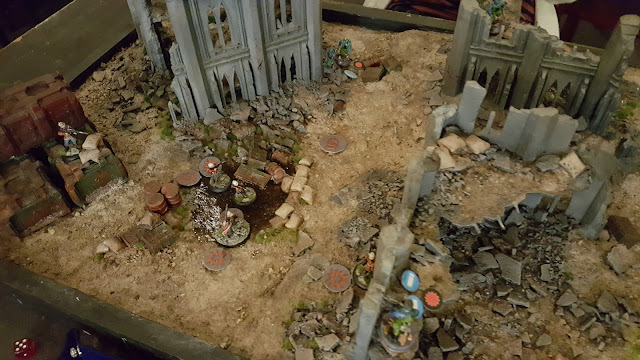 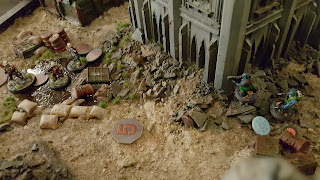 If it hadn't been for my plasma bearing fella and the Medic I don't think I would have scored a single hit. 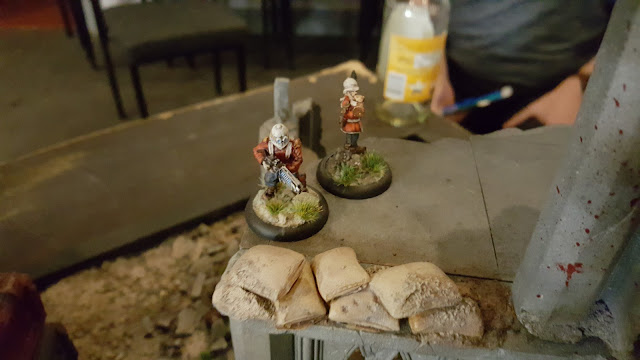 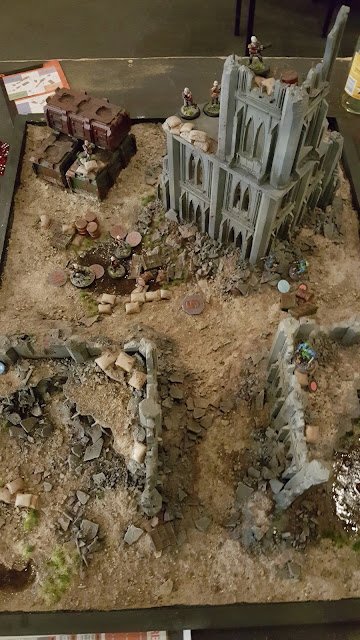 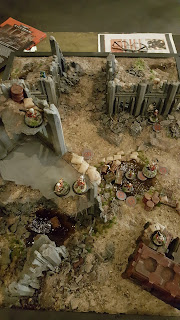 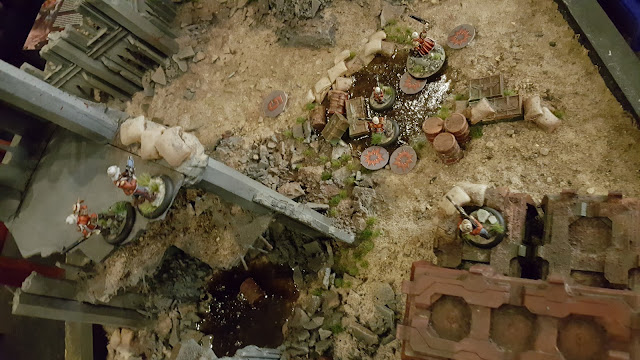 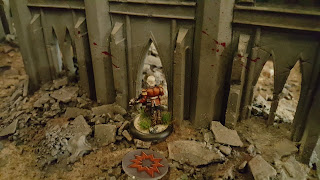 In the end the Rogue Troopers lost the skirmish by quite some way, loosing 7 of their team of 10, playing up to my usual standards.

Cheers for a fun game Luke and ta for help with the rules Chris. 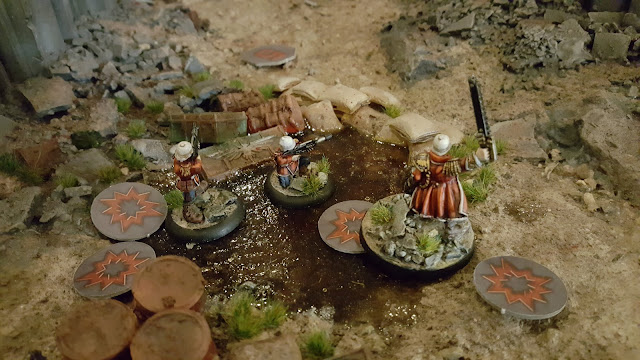